Human capital inequality is what India needs to be most concerned about right now. 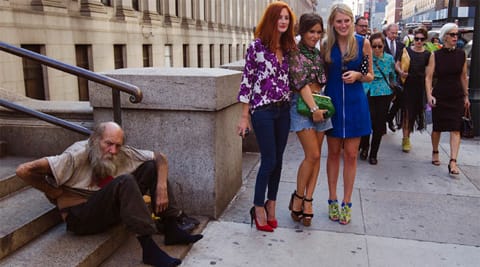 Piketty makes much of the similarities between the current period in the US and the period of high inequality prior to about 1930. ( Source: Reuters )

THOMAS PIKETTY’s Capital in the Twenty-First Century has attracted a great deal of attention, especially (it seems) where I live, in Washington DC. Some people have said the city has caught a severe case of “Piketty fever”. Everyone seems to be talking about the book — clearly many more people than have read its 700 pages. Yet I venture to guess that not too many in Washington had even heard of Piketty — a distinguished academic economist at the Paris School of Economics — before the book appeared.

Piketty’s book is mainly about inequality in the rich world — its historical magnitudes (based on an impressive data effort) and the factors influencing it (based on economic analysis). The book is a major contribution to ongoing debates and it deserves attention. I hope it helps advance the policy debate in the US. But how relevant are its messages for India?

Let me be clear from the outset that I share Piketty’s concerns about the potential damage of high inequality. This is something India should be concerned about, especially given the signs of rising inequality that we have seen. (There are uncertainties about the inequality measures from standard sources for India; if anything, we are probably underestimating the rise in inequality.)

But “inequality” is a big word. Policy has to focus on the most important sources of inequality in the context at hand. Piketty’s book is mainly about what can be termed “high-end inequality” —  notably the top 1 per cent in the rich world. And the book is mostly about a specific source of that inequality: the rising concentration of non-human wealth — Piketty’s “capital” in his title, comprises physical capital, financial capital and real property. This is returning the US to levels of inequality not seen since the first few decades of the 20th century.

In assessing the relevance of Piketty’s book for India, three points come to mind: first, Piketty’s analysis of rising inequality in the rich world rests on believing that the rate of return to capital appreciably exceeds the rate of growth in national income. Piketty demonstrates that this has been the case over the last few decades in the US, and that it was so prior to World War I. Then we can expect to see capital’s share of total income rising.

Since capital ownership tends to be very unequally distributed, inequality will tend to rise over time. (Diminishing returns will set in, but not enough, in Piketty’s view, to stall rising inequality.) However, given that we don’t expect India to return to its old low-growth path any time soon, this dynamic will be more muted or even absent.

The second point relates to poverty. Piketty says surprisingly little about the low end of the distribution, but what is happening there must surely count heavily in how we view the changes at the high end. The incidence of absolute poverty is falling in India. That is not true for the US in the current period of rising inequality.

Piketty makes much of the similarities between the current period in the US and the period of high inequality prior to about 1930, including the famous “gilded age” between the Civil War and WWI. But there is a big difference he does not note. Unlike the current period, the earlier rise in inequality in the US was accompanied by the falling incidence of poverty. People don’t realise just how poor the US was in the mid-19th Century.

As best I can determine from the data available, the proportion of America’s population living below India’s poverty line was roughly as high then as it is in India today. The period 1850-1929 saw the poverty rate fall by some 20 percentage points. The US saw great progress against such extreme poverty in this period despite rising inequality.

This is not to say that rising inequality is justified as long as poverty is falling. There are other costs of inequality. But at least India does not have America’s twin problems today of sharply rising inequality coming with little or no progress against poverty.

Third, the distribution of human capital is hugely relevant to India, but plays little role in Piketty’s analysis for the rich world. High returns to India’s very unequally distributed human capital are undoubtedly putting upward pressure on inequality. Human underdevelopment linked to poverty represents lost economic opportunities for India’s poor, who can have little real hope of sharing in the new sources of wealth. And it breeds an inequitable growth process.

While India has seen higher growth rates since the early 1990s, and poverty rates have thankfully been falling, the antecedent inequalities (especially in schooling) have meant that the country’s poor have shared less in that growth than they could have. While the country has made progress against poverty, better policies, including policies to address the inequalities in human development, would have assured greater progress.

The inadequate schooling and healthcare available to India’s poor is socially and economically disabling —  creating a loss of freedom to fulfil a great many people’s potential in life. It limits employment opportunities beyond traditional subsistence farming, impedes physical and social mobility, weakens democracy and renders a person more vulnerable to subordination to the will of others and exploitation in all domains of economic life. Women are especially disadvantaged.

This is hardly news. Thankfully, there has been progress, especially in the form of higher primary school participation rates among poor children. However, their participation drops off quickly at higher levels and poor quality schooling remains a problem in much of the country (as the Probe Reports have demonstrated). And poor people across India tend to have poor healthcare and poor water and sanitation services.

India’s future social policies will determine how equitable the country’s future growth will be. Consider the US again. From the 19th century, America was especially good at fostering high quality public education for all, which was a key foundation for its equitable growth until the latter part of the 20th century. Here there is another (more positive) lesson from American experience.

The writer is professor of economics at Georgetown University, Washington DC, and president-elect of the Society for the Study of Economic Inequality
express@expressindia.com

Two cabbies jailed for 20 years for raping techie in Hyderabad 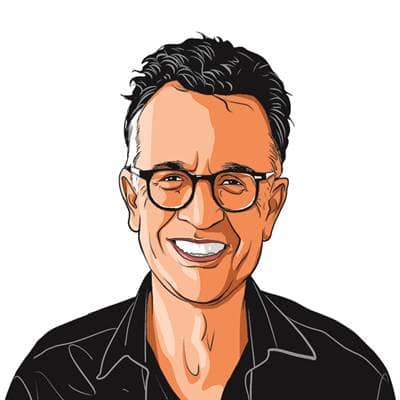