Dhale’s early Dalit Panthers phase is nectar for the contemporary radical Dalit consciousness. In spite of the voluminous contribution, Panthers like Dhale and others could not get a chance to personally connect with other revolutionaries like the Black Panthers or the global workers’ movement in their lifetime. Raja Dhale died on July 16 in Mumbai due to a heart attack, his family reported. He was 78 years old.

Dhale was born in Tasgaon, in Sangli district of Maharashtra. He migrated to Mumbai.

In times when atrocities upon Dalits surged, along with his contemporaries, Dhale decided to retaliate with equal rigour and without mercy.

Along with Namdeo Dhasal, J V Pawar and other literary figures, Dhale floated a revolutionary organisation that helped place the Dalit experience in the global framework of rights. The redrawing of traditional methods of politics gave birth to the Dalit Panthers, which drew upon the legacy of radical politics of the Black Panthers.

Dhale shot to fame after he published “Kaala Swantrata Divas” (Black Independence Day) in the then prominent Marathi magazine Sadhana on October 9, 1972. He wrote about how an insult to the national flag seemed to have more costs than disrespect to a Dalit woman.

As much as his words stirred sleeping souls and sparked burning Dalit anger, his speaking style did not hold back any punches. He hit right on the spot where opponents were knocked out immediately, giving little chance for meek conversations. This prompted street-thugs to join the right-wing Shiv Sena to physically fight back the verbal discourse of Dhale. For, no one, including the state, could prepare for Dhale’s unsparing tongue. It was in countering the Dalit Panthers’ popularity that then peripheral and fringe parties like the Shiv Sena and Jana Sangh shot to fame in the feudal landholding caste groups in villages and towns.

“Independence is the name of which ass,” asked Dhale. His provocative thoughts sent alarming signals to the privileged class that was content to live in a democratic India that granted them all the benefits, even as Dalits continued to suffer bitterly.

Dalit landless labourers were mercilessly slaughtered by the landowning castes, Dalit women were stripped and paraded naked, Dalits were boycotted in the villages, socially ostracised, their wells poisoned, and their water sources infected with human faeces. These and other growing atrocities in Maharashtra brought the educated youth together to present an alternative that was unseen and unheard in the past. It was a storm the world had to face. Dhale gave a stern warning to the village strongmen that if any such incident was repeated, there would be swift and severe costs.

Dhale was no stranger to controversies. His style of politics and straight talk was in sharp contrast to the casteist genuflecting norm. He was also a firm believer in principled politics and a practitioner of Phule-Ambedkarite determinism. This led to him falling out with the Dalit Panthers, which was eventually shut down but reborn in many forms across India. This brought out several claims by the leaders of the Dalit Panthers movement who proclaimed themselves as its founders. This led to a series of articles published by Dhale refuting such claims. In a book published in 2002, Dalit Pantherchi Sansthapana: Vastustithi Ani Viparyas, Dhale attempted to put his view in perspective as opposed to others popularised in the academia and glamourised in the media. Dhale had hoped that J V Pawar, an authoritative historian of the Dalit Panthers and post-Ambedkar Dalit movement, would put a premium on fairness.

Dhale was a no-nonsense man. Due to his reserved style of politics, he was considered by some as arrogant. His arrogance was less of an attitude, more a mirror of his pragmatist nature. When I asked to meet with him two years ago and again last year, having known him since childhood, he refused. “Why do you want to meet? You are a busy man and so am I. I am devoting the rest of my time to writing. Let me write,” he said.

He was writing since the age of 17. His poetry, short stories, research papers, commentaries, and analytic literature traced the emergence of civilisation on the banks of the Nile. He also translated African-American poets like Langston Hughes, Robert Hayden, Fenton Johnson, Frank Marshall Davis in Marathi. Dhale held no grudges against anyone.

In the post-Panthers days, he chose to adhere to Ambedkar’s path of propagation of Buddhism in the land of Hinduised Brahminism. Dhale connected with everyone. His admirers ranged across age and caste groups. His devotion led to the revival of radical Buddhist politics in Maharashtra.

In the later days of his public life, Dhale gave up on Dalit politics and chose to work full-time in the Buddhist Ambedkarite canon. Although he went back and forth, playing with Dalit, Ambedkarite, Buddhist etymologies, Dhale remained firm on not mincing words while exposing the nakedness of Brahminical culture.

Dhale was part of a generation that expressed its raw experience in a language the Brahmins considered profane. He made two unsuccessful attempts to fight the parliamentary elections, in 1999 and 2004, from the North and East Mumbai constituency. He held the post of the president of the Bharatiya Republican Party.

Dhale chose to counter the sense of inferiority imposed upon Dalit literature through a radical Dalit programme but also by bringing the Buddha into the social revolutionary imaginary. As a literary maverick, he established a new genre of Dalit writing. It complemented the works of many of his contemporaries. Pawar observed: “Had Dhale not stood guard with a naked sword at the emergence of Dalit literature, it would have met the fate of infanticide.”

The state, administration and radical movements chose to ignore the piercing contributions of Raja Dhale. For Dhale was an uncontrollably wild thinker who did not submit to power, prestige and guilt. His writings did not see the light of translation until recently.

Dhale’s early Dalit Panthers phase is nectar for the contemporary radical Dalit consciousness. In spite of the voluminous contribution, Panthers like Dhale and others could not get a chance to personally connect with other revolutionaries like the Black Panthers or the global workers’ movement in their lifetime.

But their intellectual affinity strengthened the global struggles of the oppressed. Their next generation is yet to find its way. The literature of Dhale and other Panthers’ litterateurs will continue to inspire the Dalit youth and imbue the hope of bringing down the structures that humiliate them. The movement for a new radicalism is waiting to be born. The time is ripe.

This article first appeared in today’s paper under the headline: “Man and the movement”. The writer is author of Caste Matters and a fellow at the Initiative for Institutional Anti-Racism and Accountability at Harvard Kennedy School

By opting out of Bollywood, Zaira Wasim is finding herself, not becoming ‘radicalised’ 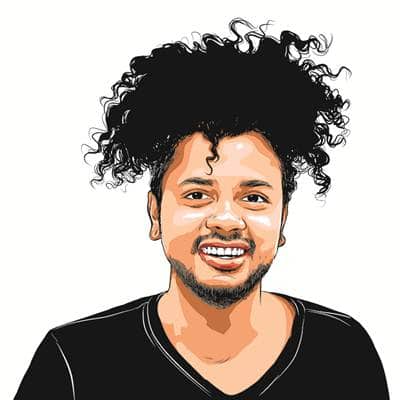 Suraj YengdeThis writer is with the department of African and African American Stu... read more