On Rafale, facts a casualty

Supreme Court judgment has not settled the issue. In fact, it has raised more questions than it has answered. 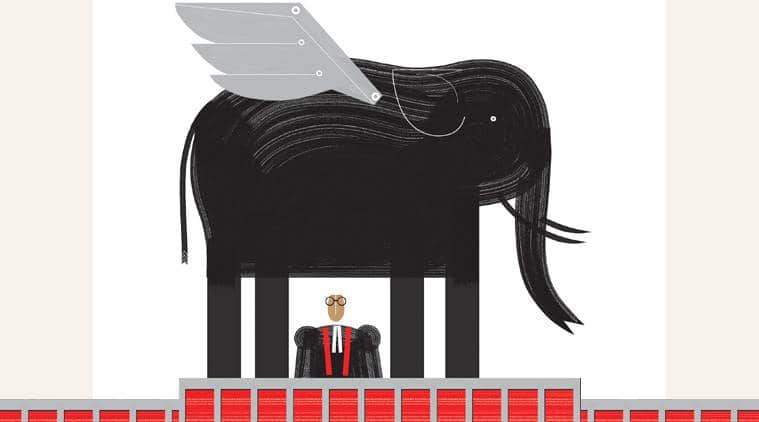 There are several undisputed facts in the public domain, which make the Rafale purchases highly suspect. (Illustration by C R Sasikumar)

Within the limited contours of its jurisdiction under Article 32 of the Constitution, the Supreme Court chose not to question the purchase of 36 Rafale fighter aircraft. Defence procurements, according to the Court, impacting India’s security interests, unlike other contracts, require a somewhat different standard of scrutiny. Within the contours of that standard, the Supreme Court was broadly satisfied with the government’s position.

There are several undisputed facts in the public domain, which make the Rafale purchases highly suspect. Let me state some of them. On March 13, 2015, Dassault and Hindustan Aeronautics Ltd. (HAL) finalised the work-share contract thereby signalling that the deal was through. On March 25, 2015, Dassault CEO, Eric Trappier was in Bengaluru with the chairman, HAL and Chief of Air Staff ready to take the contract forward. In a press conference in France wherein our ambassador was present, Trappier stated that 95 per cent of the deal had been finalised and the balance 5 per cent would follow soon.

These facts militate against the Court’s opinion that problems between Dassault and HAL led to the prime minister’s decision on April 10, 2015 when he announced the purchase of 36 Rafale off the shelf. The chairman of HAL has publicly stated that there was no impediment in the deal between Dassault and HAL, and that the notings on the file, if made public, would clarify all issues. It is also a matter of public record that the sub-stratum of the contract had been modified from a private arrangement to an Inter-Governmental Agreement (IGA). Under the guidelines, before entering into an IGA, its terms and conditions would have to be negotiated through a Contract Negotiating Committee and the Price Negotiating Committee, after which it required clearance from the Defence Advisory Council. Thereafter, it had to be approved by the Cabinet Committee on Security. None of this happened on April 10, 2015 when the prime minister made the public announcement.

Supreme Court judgment has not settled the issue. In fact, it has raised more questions than it has answeredminister’s announcement. The Court erroneously came to the conclusion that Reliance was in negotiation since 2012 not realising that at that time Reliance Industries wished to diversify its operations from gas exploration to manufacturing the wings of the Falcon aircraft — a project which was given up, and had nothing to do with RDL. Another matter in the public domain is that Reliance Aerostructure Ltd. (RAL), the joint venture partner of Dassault was incorporated on April 24, 2015. Trappier publicly stated that this joint venture was entered into in April, 2015. Obviously, the venture must have been put in place between April 25 and April 30. RAL, upon incorporation, had no assets, no capital, no experience and no land. Why would Dassault, within five days of incorporation of RAL, agree to a joint venture unless it was pre-meditated and concluded under instructions?

The files would, in fact, tell a story of their own. They might show that key stakeholders including the defence minister, insisted on a Letter of Guarantee. They might also reflect opposition to the PMO’s attempts to interfere in the process. In any event, the truth would have emerged had the Supreme Court summoned the files and taken note of the proceedings reflected in their movement. Once the prime minister had already committed himself to the purchase of 36 Rafale fighter aircraft, the process that followed could not have overridden his unilateral decision. How can this process ever be deemed to be consistent with any guidelines?

Another serious issue that needs attention is why the Supreme Court opined that former French President François Hollande’s statement has been denied by President Emmanuel Macron, who, on the contrary, when asked, could not comment on it since he was not present at the meeting. Surprisingly, Hollande’s statement has not been denied by the prime minister. I am sure, minutes of this bilateral meeting, which are normally recorded, will reflect what happened. Trappier, who also was not present in the meeting, cannot possibly be privy to any such statement. Therefore, for the Supreme Court to say that President Hollande’s statement is denied is not borne out by any record.

The fact that the prime minister made this announcement without the knowledge of the defence minister, the foreign minister or the Indian ambassador in France or, for that matter, Dassault, suggests that the prime minister took this decision unilaterally without taking into confidence key stakeholders. Once the nature of the contract was changed to an IGA, then willy-nilly there had to be a government guarantee for the execution of the contract instead of a letter of comfort.

Without doubt, the waters are muddied and the truth is yet to be told — how and when, only time will tell. The Supreme Court judgment has, in no way, settled the issue. In fact, it has raised more questions than it has answered. The Court has always upheld principles of transparency and maintained that every decision must be informed, otherwise it cannot pass the test of reasonableness.

In the past, Article 32 has not constrained the Supreme Court to direct investigations after en-masse cancellation of telecom licenses and coal allocations. I guess, both public perception and the perception of judges change from time to time. Consistency in decision-making may not be a virtue but inconsistency, sometimes, may also not be a sign of judicial wisdom. Judicial wisdom, in changed circumstances, must not be at the cost of the Court’s credibility.

(The writer, a senior Congress leader, is a former Union minister) 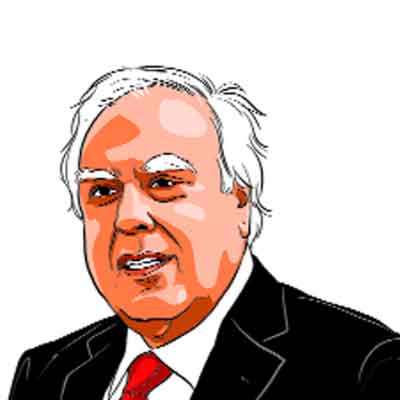