🔴 Poonam Muttreja writes: This drop is a sign of changing aspirations, especially among women, who are seeing the wisdom of having fewer children. Started as back as 1951, India’s family planning programme is among the world’s oldest. (Express photo by Abhinav Saha)

When the Ministry of Health and Family Welfare released the findings of the fifth National Family Health Survey (NFHS), documenting government data on health and family welfare issues, there were a flurry of chest-thumping declarations. Many in the media reported that India’s population had “stabilised” and some even claimed that it had begun “declining”.

This is not entirely true. According to the findings, India’s total fertility rate (TFR) — the average number of children born to a woman in the country over her lifetime — has slipped to 2.0. According to the United Nations, if women have on an average 2.1 children each over a sustained period of time, the population neither grows nor declines and thus stabilises. This means that for India’s population to stabilise or decline, it would have to maintain a TFR equal to or less than 2.1 for a sustained period of decades.

Regardless, this drop in India’s TFR, which stood at almost 6 in the 1950s, to its current levels is a significant feat. The credit for this achievement must go to the people of India, along with successive governments, especially the bureaucracy. This drop is a sign of changing aspirations, especially among women, who are seeing the wisdom of having fewer children.

Started as back as 1951, India’s family planning programme is among the world’s oldest. The earliest government communication campaigns sought to promote smaller families. But there was little progress as India continued to see rapid population growth.

In 1975, when the Indira Gandhi-led government declared Emergency, the desperation to control the population took a dark turn. A widespread mandatory sterilisation programme saw thousands of vasectomies, many of which were forced. These sterilisations became a major issue in the 1977 general elections, when Indira Gandhi was voted out, and India saw its first non-Congress government at the Centre. This was the first time we saw strong evidence of a clear popular rejection of a coercive population-control policy.

For several decades after the Emergency, governments stayed away from family planning. In 1994, the International Conference on Population Development (ICPD), convened under the auspices of the United Nations, brought about a landmark shift in the way governments viewed population-related issues. At the ICPD, 179 governments, including India, recognised and committed to a rights-based approach to family planning, which held that if people’s needs for family planning and reproductive healthcare are met, along with other basic health and education needs, then population stabilisation will be achieved naturally, not as a matter of control or coercion.

The 2000s saw a rekindled interest in population stabilisation, but the burden of family planning stayed with women, with female sterilisation being the most available method. The lack of emphasis on quality of care led to some egregious practices. In 2014, 16 women died in Bilaspur after they were sterilised at a government camp. As a member of a fact-finding team comprising several civil society organisations, led by the Population Foundation of India, I visited the site and conducted several interviews. We found that gross negligence and compromised quality of care had led to these deaths.

Our team’s inquiry resulted in a report that became the basis for a landmark judgment by the Supreme Court in 2016 and transformed the way family planning services are provided in India. The order by a two-judge Bench headed by Justice Madan Lokur asked the government to put a stop to sterilisation camps and focus on providing temporary methods of contraception.

Increased reach of the media has changed women’s aspirations, and their desire for greater control over their lives. Although NFHS data show that women desire to have less than two children, their inability to access family planning services has resulted in a high unmet need. However, increased focus on providing services in high-fertility districts may have helped improve knowledge and acceptance of family planning.

India’s large young population — about 30 per cent is aged between 10 and 24 — is gearing for change. The government needs to play a pivotal role and invest in education, health and creating economic opportunities for young people. It needs to understand that there is no better contraceptive pill than education.

Girls’ education has a direct co-relation with a decrease in fertility. According to NFHS data, women who had no schooling had the highest TFR of 3.06, as compared to women with 12 or more years of education who had a TFR of 1.71.

The government must provide health and life-skills education at an early age along with ensuring access to sexual and reproductive health services. It must absolutely swear off coercive population-control policies for good. The way forward requires less chest-thumping and more collaborative efforts if we are to sustain the trend towards population stabilisation.

The writer is the Executive Director of Population Foundation of India 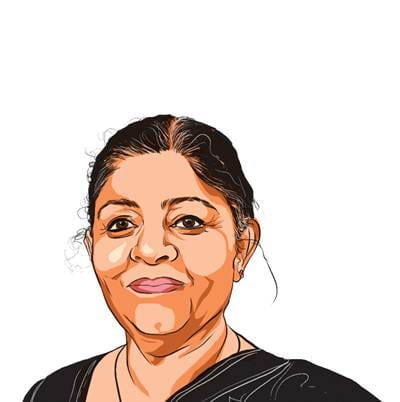