Meaning Of A Visit Although the UAE established diplomatic relations with the Vatican only in 2007, the informal ties go back a long time. (Reuters)

Pope Francis, the head of the Roman Catholic Church, is currently in the United Arab Emirates (UAE) on a three-day historic visit. The visit of the Pope crowns the close ties between the UAE and its Christian community on the one hand and the growing fraternal bonds between the UAE and the Vatican on the other. It is truly historic because it is the first-ever visit of a Pope to the Arabian Peninsula. More importantly, the visit and the interesting range of inter-faith and Christian events scheduled rekindle hopes of a future where the forces of tolerance and moderation will prevail over the myriad varieties of zealotry, xenophobia and isolationism that thrive in the world today. This is particularly significant in our region, where conflicts triggered by narrow exclusivist visions abound.

Although the UAE established diplomatic relations with the Vatican only in 2007, the informal ties go back a long time. Rare pictures of UAE’s founder, the late Sheikh Zayed Bin Sultan Al Nahyan, visiting the Vatican in 1951 (20 years before the formation of the UAE) recently emerged, highlighting an ancient and inclusive cultural legacy that celebrated diversity and accepted people of various persuasions. In September 2016, His Highness Sheikh Mohammed Bin Zayed Al Nahyan, Crown Prince of Abu Dhabi and Deputy Supreme Commander of the UAE Armed Forces, paid a visit to the Vatican, during which he met with the Pope and invited him to visit the UAE.

Visiting the UAE along with the Pope is Grand Imam of Al-Azhar Al-Sharif Ahmed Tayeb, the topmost religious figure in Sunni Islam heading the oldest and most prestigious seat of Islamic learning. Both the dignitaries will interact with a host of spiritual personalities representing various faiths and countries at the International Interfaith Meeting on Human Fraternity, organised by the Muslim Council of Elders. This event aims to bridge the divides that stand in the way of inter-religious and inter-cultural harmony and amity across the world. That the Pope will celebrate a mass, whose congregation will represent almost every country on earth with a Catholic presence, is a remarkable aspect of the visit. The mass will be attended by over 1,35,000 people.

The UAE believes that religious and cultural tolerance, a foundational characteristic of the country, is a precondition for fostering peace in the world. Respect and accommodation for religious diversity along with full rights to worship for all is guaranteed in the UAE Constitution. Religious and cultural diversity is an integral part of the UAE’s civilisation and heritage. Archeological excavations in the UAE have unearthed churches dating back to the 7th century AD. The first Catholic church was established here in 1965.

Today, the UAE has 76 places of worship for different faith communities, including around 50 churches. A grand Hindu temple is under construction in Abu Dhabi, signifying the UAE leadership’s commitment to religious diversity and utmost respect for the Indians living in our midst. Not only are people of all faiths free to worship the way they want, but also allowed to wear their religious attires and symbols. The UAE’s wise leadership, and her people, share a vision that stresses peace and prosperity in the world is impossible unless the conditions for peaceful co-existence of all cultures and faiths exist everywhere.

It is this vision, and its flawless implementation, that attracted around 200 nationalities to live and work in the UAE. The UAE was chosen for the first ever visit by a Pope to the Arabian Peninsula precisely because of the spirit of togetherness and pluralism that marks all aspects of life in our country.

The meeting between two of the topmost figures of Islam and Christianity in Abu Dhabi, in the presence of leaders of other faiths, sends to the world a message of hope and peace, and the promise of a future built on the foundations of mutual respect and cooperation. This is a message we want to disseminate, especially in the face of narrow extremist versions of faith and culture that prevail in several parts of the world.

In conclusion, I must emphasise that the culture of tolerance and peaceful co-existence that the UAE strives to foster is one of the principal characteristic we share with India, with which our relations have grown into a natural strategic partnership in the past few years.

The writer is UAE ambassador to India 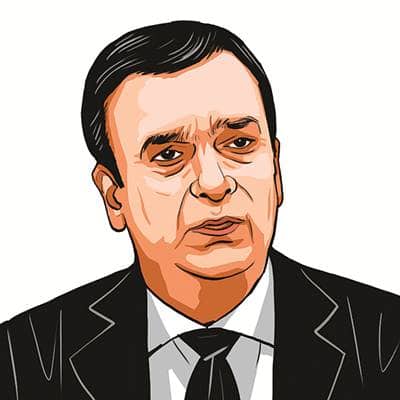