Pope Francis’s visit to UAE, the first by a pontiff to the region, could signal the beginning of separation of religion and state in the Middle East. 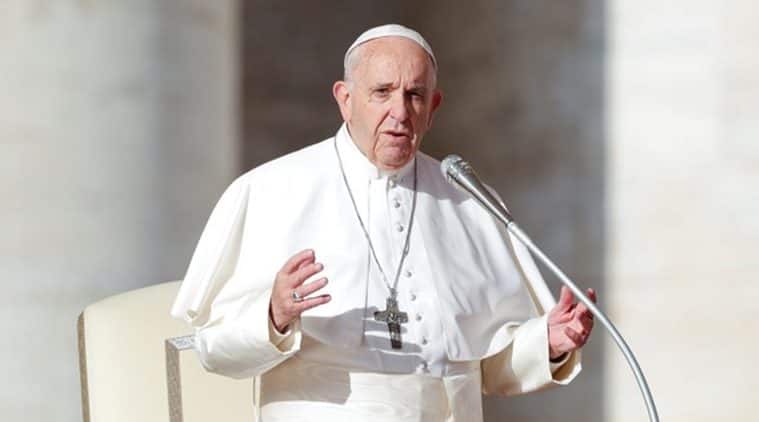 The on-going visit of Pope Francis to Abu Dhabi over the last couple of days will certainly go down as a landmark event. For no Pope has ever set foot on Arabia, the birthplace of Islam, until this week. But the story, arguably, is less about the Pope and more about the United Arab Emirates that is hosting him.

To be sure this Pope is a historic figure in himself. He is the first non-European Pope in the long history of the Christian church. Hailing from Latin America, the Pope has naturally embraced the poor and has raised the Vatican voice in favour of economic justice and against growing inequality around the world. Pope Francis has also campaigned for tolerance and co-existence among various faiths. He has made a special effort to counter the perception that Islam is the source of the global terror threat. The Pope has travelled frequently to various Muslim countries to build trust with the Islamic religious leaders.

The first-ever papal visit to Arabia, Pope Francis hopes, will “turn a new page in the history of the relations among religions”. But what is the rationale behind UAE’s ruler Sheikh Mohammed Bin Zayed Al Nahyan’s bold decision to invite Pope Francis?

The invitation to Pope is very much part of UAE’s surprising charge for religious tolerance, inter-faith harmony and separating religion from the state in the Middle East.

Under MbZ, as the Crown Prince is known by his initials, the UAE has unveiled the grand political project to build a “moderate Arab centre” that can fend off religious extremism and the politicisation of Islam that have thrown the Middle East into turmoil and emerged as a grave threat to many regions of the world over the last four decades, including the Indian Subcontinent.

No one is betting that the relatively new federation of seven small sheikhdoms (set up in 1971 after the British pulled out of the Gulf as part of the withdrawal from East of Suez) can change the political narrative in and about the Middle East. But few countries have a bigger stake in UAE’s success than India.

Pope Francis will spend barely 48 hours in the UAE but will hopefully make some contribution to the promotion of religious tolerance in the Arabian peninsula, where the denial of religious freedoms to non-Muslims was taken for granted. The Pope’s itinerary in the UAE includes a large public mass on Tuesday in the Abu Dhabi Sports Stadium. More than 1,30,000 devotees are expected to attend. The UAE has an expat population of nearly 8 million. This includes nearly one million Catholics, many of whom are from the Philippines and India.

On Monday, Pope Francis participated in an interfaith conference that has brought religious figures from across the Middle East, organised by the Council of Muslim Elders. The Council seeks to promote moderate Islam and is headed by Sheikh Ahmed al-Tayeb, the Grand Imam of Cairo’s Al-Azhar seminary, Sunni Islam’s most prestigious centre of learning. The Pope and the Grand Imam have met frequently in recent years to promote understanding and harmony between the faithful of Christianity and Islam.

The United Arab Emirates is among the more liberal states in Arabia and allows public worship by followers of non-Muslim faiths. It has allowed churches, temples and gurdwaras to flourish. Reports say the UAE has recently permitted its small Jewish community to found a synagogue in Dubai.

At the other extreme is Saudi Arabia that prohibits the practice of non-Islamic faiths. As the Emiratis expand religious freedoms, some would hope the House of Saud will follow suit. Crown Prince Mohammad bin Salman, aka MbS, has initiated small steps like letting women drive, controlling the clerical influence and reining in the morality police at home.

When he travelled to Egypt last year, MbS visited the largest Coptic Cathedral in Cairo and sat down with the Coptic Pope Tawadros II. He was signalling his opposition to Muslim extremist attacks on the Coptic churches and support for peaceful co-existence between Egypt’s different religious communities.

Although there is widespread scepticism about Salman’s vow to return Saudi Arabia to moderate Islam, there is no doubt Saudi Arabia is at an inflexion point. For both UAE and Saudi Arabia, the new emphasis on separating religion from politics and confronting “political Islam” is not a question of defining an abstract theory of the state. It is a considered response to the grave challenges they face.

Four decades ago, in 1979, Arab Middle East moved in the other direction to counter the Shia theocracy that came out of the Iranian revolution against the Pahlavi monarchy and the Soviet occupation of Afghanistan. The Gulf regimes, backed by the West, supported the forces of religious extremism abroad and Islamic conservatism at home. The forces unleashed by that strategy back then threaten the prospects for peace and progress in the Middle East.

For the decline of the forces of moderation and modernisation in the Middle East, the inevitable export of radical ideologies and the mobilisation of religious identities for political purposes has had a devastating impact on the Subcontinent’s politics — internal, intra-regional and external. The success of the UAE’s project for a moderate Arab centre would hopefully make it easier for India and its neighbours to revitalise the great Subcontinental tradition of inter-faith harmony. Arabia’s embrace of the Pope, paradoxically, is also about the virtue of separating religion from state, a principle that India has been dangerously tempted to devalue.