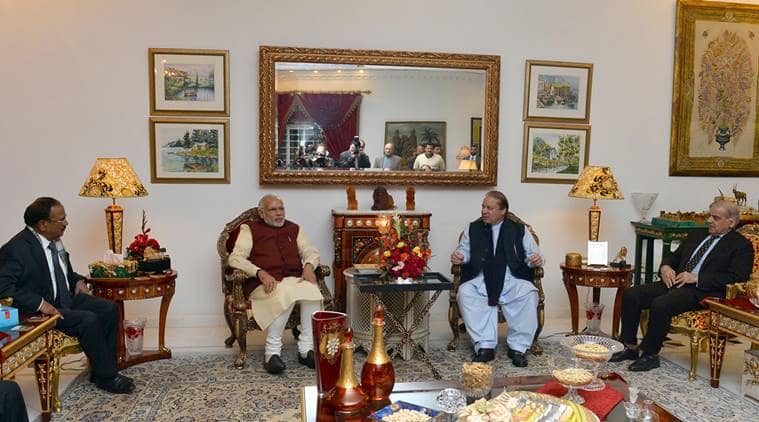 For some Pakistanis and Indians, the surprise Christmas Day arrival of Prime Minister Narendra Modi in Lahore was like an appearance by Santa Claus himself — a moment of merriness and joy, greatly anticipated, and deeply cherished. Modi’s Lahore stopover satisfied the appetite of supporters of a normal and peaceful South Asia region, but perhaps its true genius lies in the gifts department. Santa came and left empty-handed — and still came away to rave reviews.

The real Christmas spirit of gift giving and receiving took place on his two previous stops on his Christmas tour. In Moscow, India and Russia signed deals that could eventually total over $150 billion in value. In Kabul, India gifted to the Afghans four attack helicopters and the keys to Afghanistan’s shiny new parliament building. Overall, it was a grand closure to a big year for India’s prime minister; deepening the already-rich relationship with Russia, reinforcing the kind of benefactor role that India is keen to cement for itself in Afghanistan, and doing just enough with Pakistan to assuage concerns in Washington DC, London, Moscow and Beijing that India genuinely seeks to solve problems with Pakistan, rather than stoke them.

Where does this leave Pakistan? Hopefully, smarter. Pakistani leaders have long asserted that there is national consensus on the need for better relations with India. Yet this consensus seems paralysed by the region’s history. Though Kashmir remains the core dispute, in 2016, Pakistan’s concerns are about India’s intentions in Afghanistan, particularly Indian support for troublesome elements in the tribal areas and Balochistan. India has done little in the past to assuage these concerns, and in Kabul, Modi showed that India will pay even less heed in the future to Pakistani insecurities about India’s role in Afghanistan.

For all the chest-beating in New Delhi and Kabul about India’s constructive role in Afghanistan, the new parliament building is a perfect example of the challenges to this role. Originally budgeted at $25 million when it was initiated in 2005, the building took 10 years to build at almost 10 times the original budget. No doubt, a major element of the difficulties faced in building a new parliament had to do with the trouble caused by the Taliban — yet India now joins the entire world community in supporting Pakistan to prod the Taliban along to the negotiating table.

Meanwhile, after his enthusiasm to build bridges with China and Pakistan, President Ashraf Ghani has reverted to the age-old Afghan tactic of seeking strategic depth in South Block, but this time as a complement, rather than a substitute to a good relationship with Pakistan. Bottom-line? Pakistan’s influence on Afghanistan isn’t as fragile as advertised. A smarter Pakistan can learn several lessons from 2015, as crystallised by Modi’s end-of-year Lahore stopover.

First, that in most zero-sum games India enjoys the history and heft to successfully compete with and win contests that pit it against Pakistan. This means that Pakistan must do the right thing (like supporting Ghani), not as a response to India, or in competition with India, but instead because doing those things makes good economic and political sense.

Second, that Pakistan benefits more when it banks on positive influence, rather than negative. By consistently offering India a hand of friendship during 2015 (and restricting negative behaviour of all kinds), Pakistan won global support. It was seen to have reached out to India (and was spurned by India’s overly aggressive pre-conditions to talks). The world took notice. In 2015, this meant advantage Pakistan.

Third, that symbolism should never be undervalued. In stopping over in Lahore, Modi has regained the initiative and demonstrated India’s openness to talk to, and do business with Pakistan — whilst conceding nothing. When the foreign secretaries meet on January 15, the Sharif-Modi bonhomie will amount to very little. Decades of real conflict don’t get solved with a couple of handshakes. Yet the imagery that comes out of the Lahore stopover is priceless. What Modi has done is that he has forced Sharif to continue to defy the hawks at home, and sustain the effort to demonstrate Pakistan’s keenness to build on this moment — possibly without meaningful gain.

How well Sharif manages this challenge will help shape the contours of South Asian geopolitics in 2016. It will be fascinating to watch. 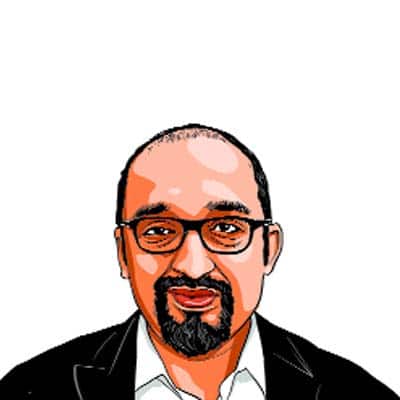