A protester wearing yellow vest lights a flare during a protest against the arrest of Nebojsa Medojevic, a lawmaker and prominent opposition leader, in Podgorica, Montenegro, December 9, 2018. (Source: REUTERS)

Last Saturday, large sections of Paris wore a cloak of gloom, resembling a scene from a dark video game. Festive Christmas window displays were boarded shut by plywood and store entrances barricaded while several metro stations, museums and major tourist attractions, such as the Eiffel Tower and the Louvre, remained closed. The streets were curiously empty except for the presence of policemen and an eerie silence prevailed until the “Gilet Jaune” protesters descended on the capital.

As the day progressed, Paris took on an apocalyptic look. Violent clashes and stand-offs with the police erupted with the more-radicalised protesters and vandals using garbage bins, Christmas trees and ripped-off plywood to set up barricades that they ignited and water bottles and cobblestones as projectiles. Vehicles were torched and storefronts smashed. In a show of force, 8,000 police persons resorted to the use of armoured vehicles, tear gas, water cannons, flash balls and explosive grenades to control and contain an increasingly volatile crowd of demonstrators.

Though similar scenes of violence also unfolded in other French cities, at the end of the day, the government claimed a tremulous victory in what has been dubbed as Act IV of the protest movement. The numbers were lower than the previous weekend — down to 1,25,000 protesters from 1,36,000 across France. A lower number of injured and less damage to property was achieved by the massive deployment of 89,000 security personnel, hundreds of preventive detentions and better preparedness.

What exactly is the “Gilet Jaune” or Yellow Vest (also called Yellow Jacket) protest movement that has crept up, seemingly out of nowhere, and laid siege to an unsuspecting Emmanuel Macron’s presidency? Named for the high-visibility yellow safety vest that French motorists are obliged to carry and that has become the fluorescent identifier of the movement’s partisans, the protest is amorphous, unstructured and disorganised, driven by social media, especially Facebook, and for the most part, leaderless, with no clearly mandated representatives.

Its followers do not form a homogeneous group. They include the young and the old, students and retirees, farmers and factory workers, truckers and cashiers, the unemployed and the salaried. What binds this disparate group together is economic insecurity and enormous difficulty in making ends meet. The Yellow Vests are essentially drawn from the working and middle classes and come from small towns and rural areas, representing “peripheral France” in opposition to “France of the cities”.

For more than a decade, the widening gap between the rich and the poor as well as entrenched unemployment under successive regimes has left this category of the French feeling marginalised and neglected. The drop that made this simmering discontent and malaise boil over was the eco-tax imposed on fuel by Macron’s government. This tax that had served as the catalyst for the movement’s spontaneous creation was hastily withdrawn by the government last week, but without blunting the Yellow Vest protests.

The measure has been perceived as a mere sop by the Yellow Vests whose foremost demand is an increase in purchasing power through higher salaries, retirement benefits and minimum wages coupled with lower taxation. Readiness to pay ever-higher taxes as demanded by the government has reached a saturation point. Adding grist to the Yellow Vests’ grievance, the newly-released OECD World Taxation Report reveals that France had the highest tax burden across the 34 OECD nations last year.

As the protests have grown so has the charter of demands that now includes Macron’s resignation, less immigration, a new constitution, exit from the European Union and NATO as well as the anarchist solution of a default on public debt. Some of the latest demands are undoubtedly additions by political groups that have infiltrated the non-politicised, grass roots Yellow Vest citizens’ movement. Marine Le Pen’s far-right party, Rassemblement Nationalas well as Mélenchon’s far-left La France Insoumise have both tried to ride piggyback on the Yellow Vest protests, using them to call for the dissolution of the National Assembly and fresh legislative elections.

The violence generated during the demonstrations by vandals and extreme right and left-wing groups has also proved salutary to the cause of the Yellow Vests, for it has been a wake-up call for the government. This past summer, the National Railways’ three months of rolling strikes and peaceful demonstrations went unheeded, with the government pushing through its rail reforms. It is precisely this top-down imposition of reforms and arrogant style of governance that has earned Macron the ire of the French. The self-proclaimed “Jupiterian” president is perceived as too distant and disconnected from French reality, more preoccupied with global politics than national issues, more concerned with symbolism and terribly out of touch with the hard-pressed working and middle classes. A “president of the rich” who remains cloistered like a monarch in his palace.

Yet, in all fairness to Macron, he took on France’s powerful trade unions and succeeded in reforming France’s labour laws, leading to more ease in doing business, something none of his predecessors ever dared to do. In a bid to stem the exodus of wealth — 12,000 millionaires emigrated from France in 2016, the highest outflow in the world — Macron modified France’s wealth tax, substantially reducing its scope to only apply to real estate over 1.3 million euros.

Whether this measure is enough to reverse the wealth drain only time will tell. What is certain, however, is that Macron’s economic reforms did make Paris a viable option for post-Brexit banks, law firms and MNCs. One of the demands of the Yellow Vests is to reinstate the wealth tax in its old form. How Macron reacts to this demand and how he manages the Yellow Vest crisis will be closely watched from across the channel.

The Yellow Vest protests are certainly a turning point in Macron’s presidency. What is now required of the French president are not only some very concrete economic measures to ease squeezed household budgets but also a more empathetic approach, a more inclusive and proletarian style of functioning and a lending ear to citizens’ woes.

Shape of a partnership 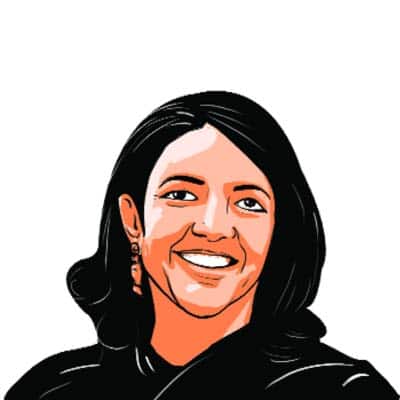