Out of My Mind: Idealism is not enough

AAP is of course not a political party in any ordinary sense. 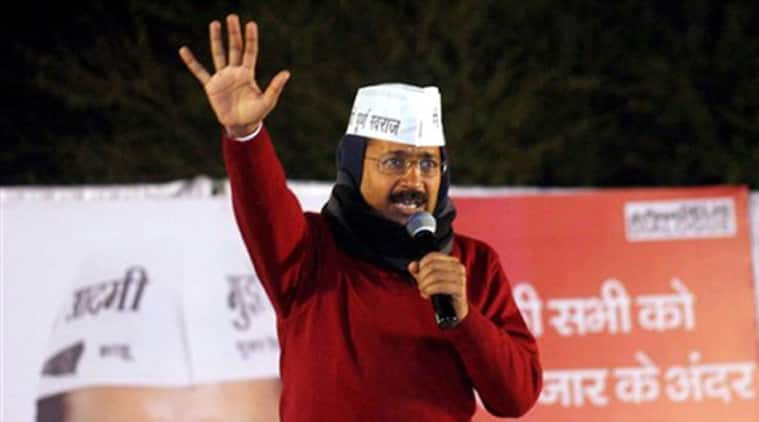 Arvind Kejriwal is clearly convinced that he is the only and the best leader the party can have.

Delhi is having a bad time. The first AAP government fell apart because of its chief minister’s delusion that he was just a student leader in permanent opposition to the powers that be rather than face the fact he was the power that was. Now in the reprise, the troubles are with original core members. Each believes he (they are all men) alone embodies the true ideals on which the party was founded and that the rest are opportunistic villains.

It was bound to happen sooner or later, but let us face it. It is not all over yet. Once a party wins 67 out of 70 seats, you can see that 63 MLAs at one time or another would feel surplus to requirements. It requires only four to win every vote. That means splits and defections or deviant behaviour, much as the BJP leaders are indulging in.

AAP is of course not a political party in any ordinary sense. It began as a movement full of idealism, which is just another word for unrealism. It seems to have very little by way of structure or internal party democracy. The party is a band of brothers, each of whom feels he is special. Arvind Kejriwal is clearly convinced that he is the only and the best leader the party can have.

It is not strange that those who thought they were as well known, if not more when it all began, feel left behind. But as the party had no proper procedures to treat members as ordinary human beings, the quarrel among the brothers became uglier than strictly necessary. Indeed, even the Lokpal was summarily dismissed without proper notice.

Even that lapse from rule-bound behaviour can be forgiven if Kejriwal was doing some effective governing. Idealism is fine at the beginning. Virtue may be its own reward. But once you have the power to make a change to people’s lives, your virtuousness as an individual should take second place to your ability to get things done. Parties are expected to be effective, not pure. We have just had a prime minister whose personal virtue is beyond doubt, but his effectiveness raised many questions.

At the other end of the idealist/realist line is the new merger among the fragments of the old Janata Party. Some readers may recall that soon after the triumph of the BJP last May, I had predicted that the only viable coalition against the BJP/NDA would come from the old Lohiaite group. This collection of old and seasoned leaders is not likely to be accused of idealism. And unlike Kejriwal, they wouldn’t behave like juvenile oppositionists.

The combination of the Yadav nexus across Uttar Pradesh and Bihar, plus the JD(U) with its Kurmi base in Bihar, plus the JD(S), offers the beginning of a challenge to the BJP in the two vital states with their 120 parliamentary seats. Of course, as the Americans would say, it is a party of “too many chiefs and not enough Indians”. The leaders have been rivals and may be so again. But for the while, Mulayam Singh, Lalu Prasad and Nitish Kumar, plus H D Deve Gowda bringing the south along, will have critical mass. There are claims that the Trinamool Congress and NCP may be present at the inauguration. When you recall that the core of the old Janata Party was the Congress members who had been dismissed by Indira Gandhi, you have an alternative formation emerging. Its leaders are seasoned over the decades in OBC politics and familiar with the intricacies of winning power and governing. If the NCP and TMC join as well, then the only section left out would be the Indira Congress, which is still in a state of denial.

Idealists make bad politicians. They have no patience with the failings of common people. The realists, on the other hand, want to win and at any cost. They want to come back in power and for that they will use every Mandal trick plus drumbeat about secularism. Whether people listen to them will depend on how rapidly Narendra Modi delivers on his promise of inclusive growth. If he succeeds, no alternative will succeed. But if the BJP plays kamandal politics, there is every hope for the old gang of Lohiaites.