Opportunities in a crisis

The Supreme Court verdict provides scope for largescale and speedy reforms in the coal sector. 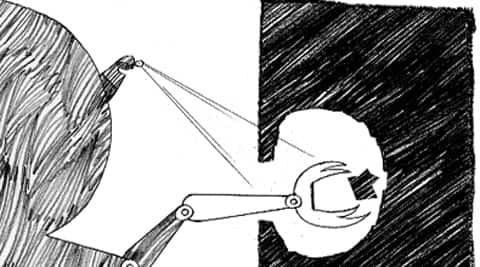 Captive end-users mining coal is not optimal. Nor is it known to have succeeded elsewhere. Coal-mining has its own challenges and needs core competence, which the end-users are unlikely to possess. Source: CR Sasikumar

The Supreme Court verdict provides scope for largescale and speedy reforms in the coal sector.

After the long-awaited verdict, all coal blocks allotted since 1993, declared “illegal” by the Supreme Court on August 25, stand cancelled, except for a few allotted to PSUs and to UMPPs (ultra mega power projects) through the tendering route. For the 40 operating mines, a transition time of six months has been allowed to make alternative arrangements for sustaining production before the cancellation becomes effective on the ground.

At stake is the production from the operating mines of roughly 38 million tonnes, besides the production expected in the near term from another six coal blocks that had received most of the clearances. In the medium and long terms, some of the other allotted blocks could also have come into the production phase. Nevertheless, the time taken by the captive end-users to bring the blocks into production has been inordinately long. As per estimates made at the beginning of the 11th Plan (2007-08), coal production from these blocks was expected to reach 111 million tonnes per annum (mtpa) by 2011-12 and 330 mtpa by 2016-17. But production languishes at 38 mtpa at present.

Captive end-users mining coal is not optimal. Nor is it known to have succeeded elsewhere in the world. Coal-mining has its own challenges and needs core competence, which the end-users are unlikely to possess. Moreover, the mining of coal by end-users requires reserves to be artificially subdivided into small blocks to meet their individual demand. In the process, a huge quantity of coal is left out for creating barriers, which otherwise could have been mined out.

The allocation of coal blocks to end-users, though suboptimal, was necessitated by the inability to open up the coal sector for largescale commercial mining. The enabling statutory provision, a bill to repeal the Coal Mines Nationalisation Act, introduced in the Rajya Sabha in 2000, could not be passed for various reasons. The weak balance sheet of Coal India Ltd (CIL) was also a serious concern. Conditions are vastly different today. CIL has emerged as the largest coal miner globally, with a strong balance sheet and is also a low-cost producer of opencast coal.

In other words, the time is ripe for largescale reforms in the coal sector. The latest verdict of the apex court could be viewed,  in this context, as an excellent opportunity to fast track  the reforms.

As a first step, the fully and largely explored cancelled blocks should be merged to create larger blocks, separated by natural boundaries instead of coal barriers. Simultaneously, enabling statutory amendments should be put in place to open up coal mining commercially to large domestic and global mining companies.

In the next step, the large coal blocks should be auctioned among large domestic and global coal-mining companies. This way, the auction would be limited to a much smaller number of blocks, making the process far more manageable. Besides, companies that follow global best practices in mining, equipment utilisation, mechanised underground mining, safety and environment management will set their footprint in the Indian coal-mining space, making a substantial qualitative difference.

Last, with multiple players that have both bandwidth and competence, a competitive scenario is expected to emerge sooner than later. Besides turning the current situation of acute coal shortage into one of abundance, competitive pressures are expected to bring prices well below the imported coal price, since the wage cost is likely to remain far lower in India than elsewhere, whereas productivity is expected to converge to international levels. A period of five to seven years should be sufficient to usher in most of these changes.

In the next step, the relatively under-explored and unexplored coal blocks could be merged into larger blocks, separated by natural boundaries and taken up for detailed exploration through a transparent tendering process. To incentivise the bidders, they may be allowed to bid as a consortium of an exploration agency and a coal-mining company, with the proviso that the successful bidder may enjoy the right of first refusal (RoFR) at the stage of auctioning the coal block for the grant of a mining licence, post the timely completion of exploration. In cases in which completion has taken longer than the agreed time schedule, the RoFR would cease to exist. This process, carried out systematically, will ensure that detailed exploration of all such blocks commences simultaneously within, say, a year’s time and that they are ready for largescale commercial mining in three to four years.

By adopting this approach, it should be possible to raise coal production faster, and progressively reduce the import of coal. This can go a long way to help realise the vision of 24X7 power for all at the earliest.