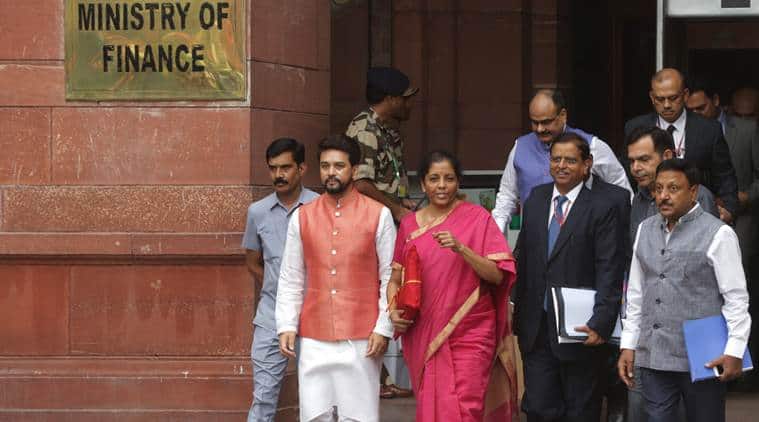 The government has chosen to retain the fiscal deficit target presented in the interim budget, continuing its commitment to the path of fiscal consolidation, and demonstrating faith that the private sector would respond to the resultant lower rates. Given that the budgeted expenditure growth of more than 20 per cent over the actual spend last year is already the highest since 2009, it was prudent to let the rest of the heavy-lifting be done by the lower rates that measures announced in the budget should help drive.

In what should please the bond markets, this budget is more credible than the interim one: Underneath the unchanged deficit and expenditure targets, there were several changes to estimates of receipts that make the budget numbers look more achievable. Use of extra-budgetary resources (that is, borrowing by public sector enterprises, often called off-balance sheet financing) as a share of GDP also falls from a high 3.6 per cent in 2018 to 2.5 per cent in 2020, close to the 2-2.5 per cent range that prevailed earlier.

One of the most interesting developments is the clear evidence of a rethink on how open India’s capital account should be. The decision to fund part of the fiscal deficit through bonds sold outside India is a radical departure. Earlier, such a move was eschewed to prevent global financial market volatility from infecting the Indian economy. The directive to SEBI to consider raising the minimum public shareholding limit from 25 to 35 per cent also appears to be an attempt to increase India’s weight in global equity benchmarks that equity investors measure themselves against. In these, the theoretical maximum that foreigners can buy affects the weight a country has. The “Foreign Inclusion Factor” for India, which is amongst the lowest in the world, should increase meaningfully once this change is implemented. A higher weight in the benchmarks means greater equity portfolio flows to the country. This transition may cause some volatility in the equity markets — nearly Rs 3.7 trillion of equity would need to be sold by promoters — but a reasonable time-frame to reach this threshold should minimise that.

These are important decisions at a time when foreign capital inflows as a share of GDP are at multi-year lows. As stated earlier in this column (‘How to use the mandate’, IE, May 31), the last time capital account convertibility was discussed in-depth and a consensus built on the framework, India’s economy was the 15th largest in the world, struggling with chronic high inflation and no demonstrated commitment to fiscal responsibility. Not only is the economy now much larger, inflation has fallen (with a framework to manage it), and the government is demonstrably committed to fiscal discipline. In a world struggling to grow, with a surfeit of savings, India can afford to take some calculated risks to attract the capital it needs.

This is akin to opening a window to let fresh air in: It can occasionally let in stormy winds too, but if the house is strong enough, and the residents alert, such a risk can be managed. That said, isolated moves like these can cause imbalances, and there should be an attempt to holistically review the implications before embarking on such steps. Too much capital inflow too soon can cause growth to reach unsustainable levels and thus drive undesirable volatility. Too little would not have much of an impact. For example, a well-structured multi-year plan of government dollar bond issuance, one that leads to India’s inclusion in global bond indices (necessary to keep the flows stable), should precede the first sale. Once such a benchmark interest rate is available, it would also help Indian corporates raise debt globally.

The increase in the disinvestment target is in sync with the stated view of this government, that “the government has no role being in business”. The Niti Aayog has already provided a long list of privatisation and asset monetisation options to the government: Not just sales of companies to the private sector, but also better utilisation of land and other assets owned by the government and public sector enterprises (like golf courses and stadia). Some defunct government-owned companies, for example, own thousands of acres of prime land with clean titles, good logistical connectivity and access to electricity and power, something that global firms looking for alternatives to manufacturing in China are looking for. Attractive as the government releasing under-utilised assets for better use by the private sector may be, the disinvestment process has so far been underwhelming (Niti Aayog’s list was submitted in 2016). Demonstrated success on this front would significantly improve growth prospects for the economy.

The additional capital infusion into public sector banks as well as the provision of the liquidity window for non-banking finance companies is an acknowledgement that financial system capacity is currently in short supply. While it may slow down the slide in growth, one fears that without a clear blueprint of the financial system architecture, and the role that PSU banks would have in it, this may not be a long-term solution. It is unclear if the PSU banks can grow rapidly, and even if so, without creating future risks.

There are some surprising measures, too. The tax surcharges on super high income individuals make the tax targets look more credible, but one must note that this is the first time in decades that India has a 40 per cent plus tax bracket. Among the around 30,000 people who disclosed taxable income above two crore two years back, the salaried tend to be mobile, and those disclosing business income would be tempted into evasion. Even if a few thousand chose to migrate to low-tax jurisdictions, it would undo the additional revenues accruing from these new surcharges. The increase in customs duties for a fairly large number of products, some of which do not appear to have even a strategic intent, also gives a wrong signal of protectionism. On the other hand, the push for photo-voltaic cells, batteries, and hardware technology through a mix of government push (competitive bidding for large manufacturing units and income tax exemptions) as well tax incentives (like lower GST rates) to accelerate the move to electric vehicles shows a stronger resolve than in the past. 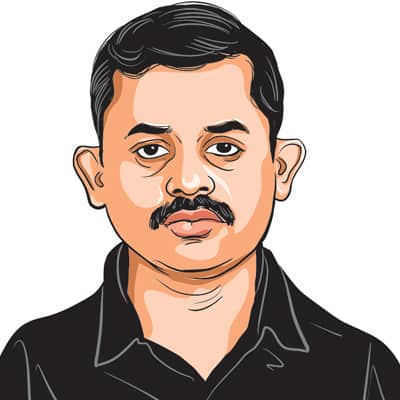