Non-Jatav Dalits in UP do not find political representation because of their limited role in swaying state and national elections. Political parties are either unaware of their presence or do not give them much importance as they make a weak vote bank.

The media and political analysts discuss the possibility of the success or failure of any political party on the basis of the numerical percentage of its core voters. Statistical analysis looks at these castes and communities as a homogeneous vote bank, but in reality they are not so. The deep-rooted desire for recognition and the aspiration for political participation lure the numerically large and influential castes among Dalits and backwards to vote in favour of a particular political party. Even among these social groups, the most marginalised — which are scattered and numerically less — follow a different voting pattern.

Dalits, who comprise about 21.6 per cent of the population of Uttar Pradesh, are widely considered to form the base of the Bahujan Samaj Party (BSP). On analysing the grassroot reality, we find that among the large number of Dalit castes, it is only the Jatavs who are the core voters for BSP. In addition, castes like Pasi, Dhobhi, Kori, Khatik are considered the “Bahujan voters” of the party. Among the 65 Dalit castes, more than 55 are numerically less, scattered and their presence is almost negligible. A few of them are Basor, Sapera, Kuchbadhiya, Musahar, Begaar, Tantwa, Rangrej and Sarvan. At the local level, these communities often vote under the influence of prominent Dalit, backward and savarna castes. Political parties are either unaware of their presence or do not give them much importance as they make a weak vote bank.

These numerically small castes mostly reside in hamlets comprising of 10 or 20 huts and even in large, multi-caste hamlets only two or three of their huts can be seen. Though their votes are given due importance in the panchayat elections, the same is not true during Lok Sabha and Vidhan Sabha elections. Even political parties like the BSP, which are actively involved in Dalit-Bahujan politics, take them for granted. Neither do candidates from these castes get tickets during elections nor are they provided political participation. Thus, we see such castes living in penury and existing as an invisible social group in Indian democratic politics. It is sad that even after seven decades of Independence they have not been able to become a part of our political society or received any recognition as subaltern citizens.

Though they come under the category of Dalit and Bahujan, their presence is almost negligible in Dalit and Bahujan politics. They get a minor share of the resources distributed to the poor and the marginalised. These castes do not possess their own community leaders and the political parties too are hesitant in giving them leadership roles. They are still far away from the doors of education and are economically weak to the extent that they are not able to develop their own politics. They can develop their own politics only when an economically strong group emerges from amongst their communities.

The RSS has begun some work among these groups in certain regions of UP. The Sangh is actively propagating its samrasta (harmony) programmes in villages at the border areas of UP and Nepal which extends from Gorakhpur to Bahraich, the Awadh region and some areas of eastern UP. The Sangh is organising programmes like the cleanliness of hamlets, having samrasta bhoj with residents and is also running primary schools. It is also running its shakhas in the gardens and ponds near the hamlets of marginalised Dalits and is endeavouring to produce activists from among them.

The Sangh’s work in this direction may produce activists who can take on leadership roles, but it is quite difficult to say the number of years it will take for these marginalised communities to create a place in the BJP’s politics. During my field visits, I observed that in the executive training camps organised in the areas adjoining Allahabad, the RSS is making efforts to establish a connection with the activists from the “small” Dalit castes.

The Congress is also showing an interest in associating with these castes and would like to provide political representation to the non-Jatav Dalit castes. But on coming to terms with the limited vote-share and probability of candidates from these castes winning, it may limit their political participation. The local Congress leadership is keen to get non-Jatav Dalits as voters, but they do not have a long-term policy to establish leaders from among these communities or to provide them any political recognition. BSP leaders show a keen interest is associating such castes with their party and consider them a part of the Bahujan society, yet they have done little for the political inclusion of these communities.

A major irony of Indian democratic politics is that the political value of a citizen is determined by the numerical strength of his/her caste and her/his efficiency in terms of the money and power to achieve victory during elections. Democracy has become a game in the hands of various powerful people and communities. Kanshi Ram laid the foundation of the Bahujan political structure based on the principle that “the political participation of any caste is directly proportional to its numerical strength”. Based on this principle, numerically strong Dalit castes have received political visibility and political participation — to some extent — after the development of Bahujan politics. But the fate of more than 55 Dalit and Bahujan castes, scattered in various pockets of Uttar Pradesh, is yet to be decided. This is a crucial question before our democracy, the answer for which must be found sooner rather than later. 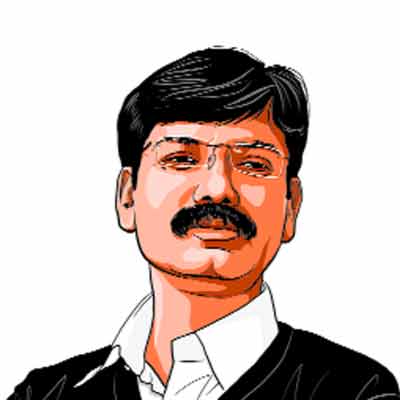