‘Achhe din’ are coming for the world economy starting today. 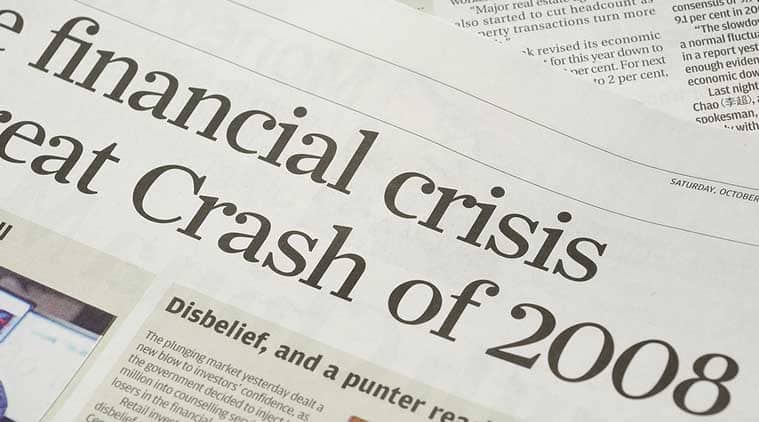 Economists have already started talking, and analysing, developments in the post-crisis period, where the crisis in question is the Global Financial Crisis of 2008-2009.

The last few years have been difficult for any and all forecasters, so I approach the prognosis for the future with a considerable degree of trepidation. But try one must, and my forecast is made easier by the fact that my DNA is ++.

If one peruses historical literature on growth, inflation, and much else, analysts always note, and separate, developments in the post-war period from what happened in the pre-war period. The war in question is World War II. Economists have already started talking, and analysing, developments in the post-crisis period, where the crisis in question is the Global Financial Crisis of 2008-2009. The “recovery” period of 2010 is often ignored in discussions about the post-crisis period, a convention I agree with and follow.

The reason for a distinct, if not separate, view of the world post-crisis is because the crisis was a tipping point in the world economy as we knew it. And like all tipping points, it wasn’t as if the world changed overnight. The change process has been in operation at least since 1980, when China began to reform, and since 1991, when India began to reform and the internet invaded our lives. What mattered for the global economy were global developments, and not individual country policies. With a large increase in the global supply of workers, inflation in particular ceased to be purely a domestic policy concern. That does not mean that individual country polices did not matter; rather that they began to matter less and less.

The median inflation rate in the developed world has averaged 2.0 per cent over the last four years (2011-2014), with both 2013 and 2014 registering the lowest rates, around 1.3 per cent! For developing economies, the average median inflation rate has averaged 4.4 per cent, and with the last two years averaging the lowest, at around 3.8 per cent each year.

The only manner in which an economy could guide its own misfortune was for it to remain closed to international developments, and prices. (This India did with regard to food prices, and paid a heavy price with inflation averaging close to 10 per cent in 2011-2013.)

In terms of growth, the world economy has been on a downer for these four years. Except for a large island continent called the United States, the developed world has averaged less than 1 per cent growth per annum for the last four years. The developing world has been averaging a GDP growth of only 5.4 per cent per annum.

Simply, that it is time now for all monetarists and fiscal “hawks” to call it a day. I have long felt that it is the easiest thing in the world to be a monetarist and/ or a fiscal hawk. How can you go wrong with an identity — money supply growth just has to equal the money value of output.

And since world output has been growing at the slowest pace, well then, all that money supply growth had to have led to higher inflation.

More QEs (of the quantitative easing variety) have sailed in the last three years than through all the ages. They have had a British colour as befits an island that gave us the Titanic; they have come from the ultra-conservative, and ultra-monetarist shores, of the erstwhile Weimar Republic; they have sailed from the island that attacked Pearl Harbour; and from the continent that solidified the doctrine of monetarism in the late-1950s (and that presciently gave it up in the mid-1980s). Yet, all these ships have steamed ahead without causing a flutter in prices; indeed, the rate of inflation has steadily come down, and done so in almost every country.

But the monetarist hawks have been undeterred, in the world, as in India. They are confident and proud because
they have a non-falsifiable identity on their side. Except, a funny thing has happened, unknown to the identity hawks. It is called the velocity of money, something that makes blindly following an identity a case of the blind following the blind.

The flip side of the blind monetarist is the equally blind fiscal deficit hawk. Prices have to go up, and growth has to go down, when the fiscal deficit expands. Again, the record just does not support that argument. The world went through a deficit binge in 2009 and 2010, as growth recovery was attempted. In some countries there was extra growth, but in almost all countries, there was lower inflation. Again, India was the exception because its policymakers (and many of its economists) were ostriches to the outside world.

Over the last few months, oil prices have achieved a large structural break downward. Other commodity prices are following, or will follow, a downward trend. Inflation is stabilising at less than 2 per cent for the developed world, and 4 per cent for the emerging economies. The world economy is poised to get back to the 4 per cent growth range over the next two years, a considerable jump from the recent average of 3.3 per cent. This is not the consensus expectation — far from it. But differences in opinion provide for the existence of horse races. The US is expected to lead the revival for the developed world, and India for the developing world. Achhe dinare coming for the world economy starting today, January 1, 2015.

The writer is chairman of Oxus Investments, an emerging market advisory firm, and a senior advisor to Zyfin, a leading financial information company.