There is no reason to abolish the collegium system at the high court level, writes Rajindar Sachar 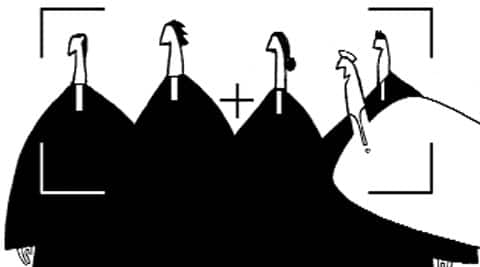 ‘Eminent persons’ should be substituted with ‘eminent jurists’, because ‘eminence’ by itself is too vague.

The judiciary has been praised by some for its role in exposing corruption in politics, while others point to the defective method of selection of judges through the collegium system to criticise it. To prevent further easy public slapping of the judiciary, we must now finalise the method of appointment.

The suggested pattern of a judicial appointments commission broadly fills the void. It is headed by the chief justice of India (CJI) and includes the next two senior judges, the Union law minister, two eminent persons (emphasis added) to be selected by the prime minister, the CJI and the leader of opposition in the Lok Sabha. Some rightly feel that “eminent persons” should be substituted with “eminent jurists”, because “eminence” by itself is too vague. Instead, “eminent jurist” would provide a larger field of academics, authors, outstanding lawyers (no longer practising, of course). The fear that the presence of a lay person would interfere with the independence of the judiciary is misplaced. As the Judicial Commission of New South Wales Annual Report said: “Judicial independence is not some kind of industrial benefit generously extended to judges and magistrates, it is [the] fundamental principle of our society’s constitutional arrangements.”

However, this did not mean that the government has accepted the collegium’s recommendation in all cases. In 1985, the chief justice of a high court and his two senior-most colleagues recommended four names, with the clarification that they must be appointed in the order in which the names were sent. This was done to prevent the government from picking and choosing on the specious argument that some names had not yet been cleared by the CBI and the appointments might be delayed, while those lower down the list could be appointed immediately. This was opposed by the chief justice, and the law ministry was so affronted that the government did not appoint any judge during his tenure. Afterwards, too, the law ministry first appointed new names and only later appointed those recommended by the earlier collegium. So the government’s intervention can only be checked by a strong judiciary. It is for this reason that I have reservations on doing away with collegiums entirely. The collegium system is welcome inasmuch as it constitutes a wider circle of three judges, rather than leaving it solely to the chief justice of the high court. The CJI’s advice to consult two more judges is welcome. I see no reason to abolish the collegium system at the high court level (which, after all, is only recommendatory). The appointments are now to be made under the provisions of the proposed JAC.

I am amazed that, so far, a serious self-inflected injury is being overlooked — that is, appointing the chief justices of high courts outside their parent court. I have never understood the logic of transferring the senior-most judge, whose turn to head the court in which he has worked for almost 10 to 15 years, and with the functioning and lower judiciary of which he is most familiar, has come. To transfer him to a new court for a period of one or two years or even less, to which he is a total stranger and most likely unaware of the names of his colleagues, is strange. At present, one has the embarrassing spectacle of a chief justice being transferred to a state where he cannot even understand the language. The chief justice of a high court should be the senior-most judge of the same court. This alone will lend strength and dignity to the high courts.

Section 8 of the new bill contemplates asking the state and Central governments to send recommendations for the selection of judges. I find this to be a frontal attack on the judiciary. After a JAC is constituted, the state or Central governments have no locus standi and should be outsiders in the process of selection. I agree though that the JAC should make public the names it is contemplating for appointments to high courts and the Supreme Court. This will make the process more open and participatory, and also negate the charge of secret manoeuvring in the appointment of judges. 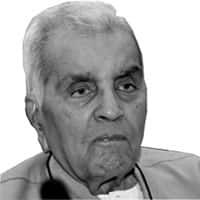