Empowered Groups have joined hands with government against Covid

Civil society, and voluntary and non-government organisations constitute the backbone of the collective articulation of citizen interest in a democracy. As facilitators, mediators, and advocators of this interest, they have put people before everything else during this crisis. 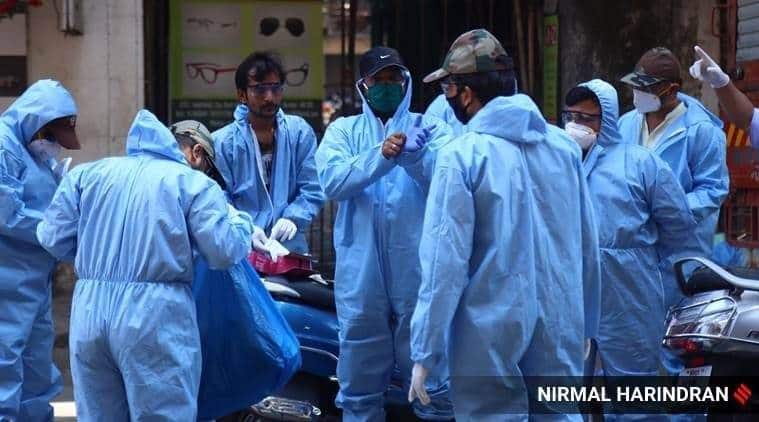 The situation at hand calls for stakeholders to come together, work side by side and support each other. (File Photo)

Everybody agrees that we are living through unprecedented times. The nature and scale of the crisis which the COVID-19 pandemic has led to is unparalleled. In such a scenario, solutions are unlikely to come from past experiences or best practices. The biggest source of strength now is the partnerships we have built over the years. The situation at hand calls for stakeholders to come together, work side by side and support each other. This is precisely what one of the Empowered Groups created by the government for comprehensive action and integrated response to contain the pandemic has been doing since it was formed.

The NGOs, given their deep connect with spatial and sectoral issues, were a natural partner in this endeavour. There is nobody better placed than the NGOs to understand the pulse at the grassroots and engage closely with communities. Around 92,000 organisations were urged to partner with district administrations and contribute to the response efforts. Chief Secretaries of all states were requested to engage NGOs in relief and response efforts and designate state and district nodal officers to coordinate with them. The approach was to leverage the strength and reach of the local NGOs in identifying priority areas for action and avoid duplicity of efforts.

The response from NGOs was heart-warming. They have been actively setting up community kitchens, creating awareness about prevention, and physical distancing, providing shelter to the homeless, the daily wage workers, supporting government efforts in setting up health camps and in deputing volunteers to deliver services to the elderly, persons with disabilities, children, and others. An outstanding contribution of NGOs was in developing communication strategies in different vernaculars which went a long way in taking awareness measures to the community level. Akshaya Patra, Rama Krishna Mission, Tata Trusts, Piramal Foundation, Bill and Melinda Gates Foundation, Action Aid, International Red Cross Society, Prayas, Help-age India, SEWA, Sulabh International, Charities Aid Foundation of India, Gaudia Math, Bachpan Bachao Andolan, the Salvation Army, and Catholic Bishops’ Conference of India are some partners who have embodied the whole-of-society approach in COVID-19 response management.

The crisis has brought out the best in the start-up space. Many of them have risen to the occasion and accelerated the development of low cost, scalable, and quick solutions. The results have been promising. AgVa accelerated the development of ventilators which are low-cost, mobile, low on power consumption and require minimal training for operators. Biodesign has developed a robotic product called ResperAid, which enables mechanised use of manual ventilators. Kaaenaat has developed highly portable ventilators which can be used to serve two patients simultaneously and has a built-in battery, oxygen concentrator, and steriliser cabinet. The products of a few non-ventilator start-ups too came to the aid of the COVID-19 fighting machinery. The AI-enabled analysis of chest X-Rays developed by Qure.ai enables large-scale screening to identify potential cases. GIS and geo-fencing technologies by Dronamaps enabled information cluster strategies for hotspots. AI-powered online doctor consultation and telemedicine platform by Mfine connects diagnostics labs and pharmacies with doctors and patients. The AI-enabled thermal imaging camera developed by Staqu facilitated large-scale screening at low cost. These developments strengthen the argument that low-cost and scalable solutions designed and developed domestically must drive our country’s transformation.

The manner in which stakeholders have responded to the pandemic reinforces the power of partnerships. In fact, they have operated through partnerships. The NGO leaderships created momentum throughout their networks and delivered the much needed response. They also brought to the attention of the group the problems from the grassroots. Multiple agencies of international development organisations designed and executed joint response initiatives, leveraging their presence across the country. The coalitions which industry organisations such as CII, FICCI, and NASSCOM have built over the years brought people and resources together, identified problems at multiple levels, channelised ideas and solutions and facilitated innovations. The role played by the government has been facilitative in nature, which was based on the institutional and informal partnerships built with the three groups of stakeholders over the years.

Where do we stand today? Until three months ago, not a single N95 mask or personal protective equipment (PPE) was manufactured in India. Today, we have 104 domestic firms making PPEs and four manufacturing N95 masks. Over 2.6 lakh PPEs and two lakh N95 masks are being manufactured in India, daily. Domestic manufacturing of ventilators has strengthened manifold — orders for more than 59,000 units have been placed with nine manufacturers. While this shows the adaptiveness of Indian industry, the shift to domestic production must happen on a larger scale for a wider set of sectors in the long run, as envisioned by Make in India.

Civil society, and voluntary and non-government organisations constitute the backbone of the collective articulation of citizen interest in a democracy. As facilitators, mediators, and advocators of this interest, they have put people before everything else during this crisis. Their resource limitations did not slow them down in reaching to those in vulnerable situations. The support provided by NGOs to government initiatives has been timely and invaluable, and their commitment unshaken. They also have worked hand-in-hand with the private sector. We are certain that the vertical and horizontal partnerships built over the decades and strengthened during the joint fight against this pandemic will deliver greater results in times to come.

Time has come to merge income support schemes with MGNREGA