Parliament’s efficacy and effectiveness can be increased by implementing the reforms suggested hereafter. It does not require enlarging its size. 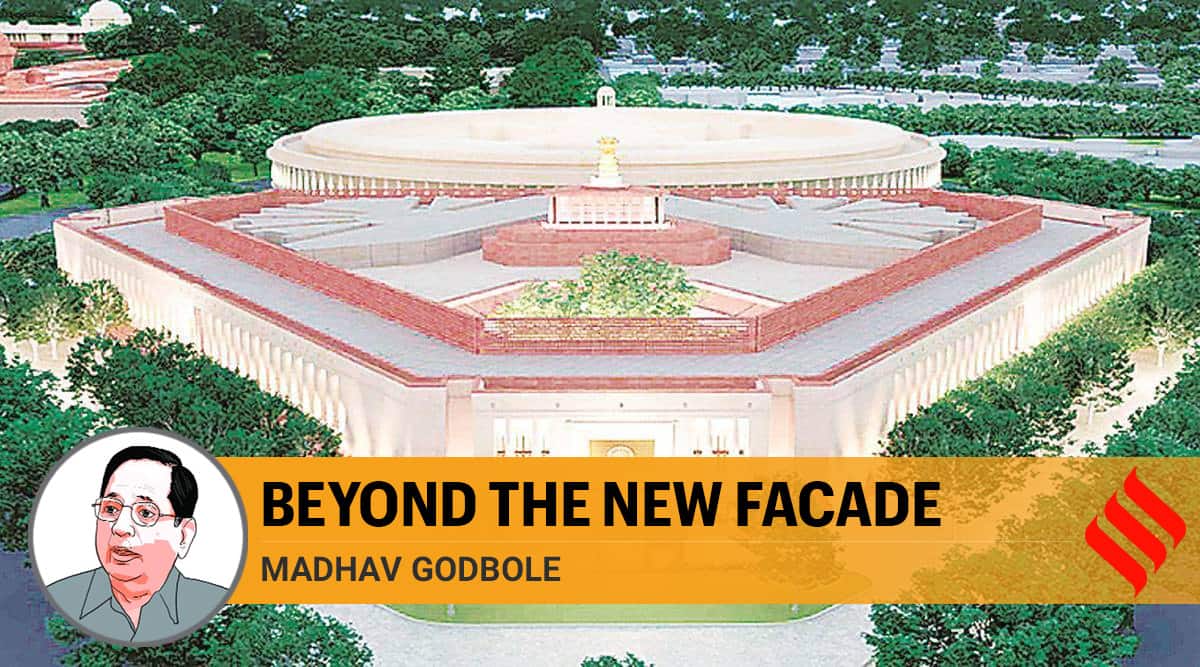 A model of the new Parliament building which is estimated to cost Rs 971 crore. (PTI)

The ground-breaking ceremony of the new “People’s Parliament” building took place with considerable fanfare two weeks ago. Under Article 79 of the Constitution, Parliament consists of the President and its two Houses. But neither the President nor the Vice-President, who is also the chairman of the Rajya Sabha, were invited. The protocol would have required the President to perform the ceremonies.

The construction of a new Parliament building raises a number of questions. The ones pertaining to the redesigning of the Central Vista will, no doubt, be raised before the Supreme Court. But three important issues, namely, if we require such a large Parliament; population as the basis of representation in Parliament; and the functioning of Parliament have been sidelined so far — either deliberately or conveniently.

After the delimitation of constituencies, Lok Sabha will have 888 members and Rajya Sabha 384 members, a total of 1,272 members. Does India require such an enlarged Parliament? Parliament’s efficacy and effectiveness can be increased by implementing the reforms suggested hereafter. It does not require enlarging its size.

Opinion |Neerja Chowdhury writes: Couldn’t an expansion have been undertaken, without giving up on the present Parliament building?

If parliamentary constituencies are redrawn on the basis of the 2021 Census and the present criterion, the representation of states will be so lopsided as to pose a real challenge to India’s federalism. Due to the considerably lower rate of growth of population in the southern states, their representation is likely to go down, while that of the northern states will go up considerably. This unequal position is unlikely to be acceptable to the southern states and might lead to yet another north-south confrontation, as happened in the case of the country’s official language. This will also have other overtones as the BJP has been unable to make inroads in these states, except for Karnataka. Maharashtra is also now out of BJP’s hand. As a result, the representation of non-BJP parties will decline significantly. Inevitably, population as the sole basis for deciding representation in Parliament will have to be examined afresh and new criteria will have to be evolved.

The terms of reference of the Fifteenth Finance Commission stipulated that it should use population data of 2011 for allocation of tax revenues among states. This was to replace the compromise formula in place from 1976, which sought to give incentives to states to control their population. The southern states had strongly objected to it. The commission’s views will be known when its report becomes available in the public domain.

The other important question pertains to the functioning of Parliament. Over the years, Parliament has lost its pre-eminent position as a pillar of democracy. In public perception, it has lost credibility. Recommendations made by knowledgeable persons and experts to improve its functioning have not received attention. With the impending delimitation of constituencies, and the sizeable increase in the size of both Houses, this matter has to be addressed urgently. It will be impossible to conduct any meaningful business, given the proclivity of members for disrupting its working by marching into its well, shouting slogans, exhibiting placards and even approaching the presiding officer in a threatening manner. The only way to ensure orderly business will be to transact most of the business in committees. During the Emergency, Indira Gandhi attempted to introduce several reforms in the functioning of Parliament. Her attempt to introduce the committee system was not successful because of apprehensions of the Opposition that this system was an attempt to skirt Parliament. This also had much to do with Indira Gandhi’s overbearing style of functioning. Similar apprehensions prevail at present with Narendra Modi as Prime Minister.

India must adopt the best practices of parliamentary democracy in other countries. Legislation must be enacted on matters pertaining to the functioning of Parliament — to lay down an annual calendar for Parliament sessions, minimum duration of sessions in a year etc, as in several countries. A law should be enacted to regulate administration of Parliament as in the UK, Australia and New Zealand. Steps also need to be taken to create a parliamentary budget office as in the US, UK and Canada for independent scrutiny of the budget proposals and their placement before the committees of Parliament. The oversight of Parliament must be increased to approving international treaties and reviewing the work of intelligence and investigating agencies.

I had made a series of similar suggestions in my book, India’s Parliamentary Democracy on Trial (2011). Suggestions of others, which too have long remained unattended, need to be examined. Decisions on these matters will have to be made by holding nationwide consultations. The government should, therefore, publish a white paper on these issues without loss of time.

This article first appeared in the print edition on December 21, 2020 under the title “Beyond the new facade”. The writer is a former Union home secretary and secretary, justice. His forthcoming book is, India—A Federal Union of States: Ten Faultlines, Challenges and Opportunities 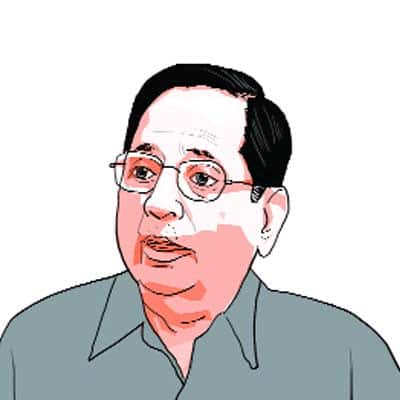