If there is one piece of real estate that holds the key to the geopolitics of East Asia, it is Taiwan. 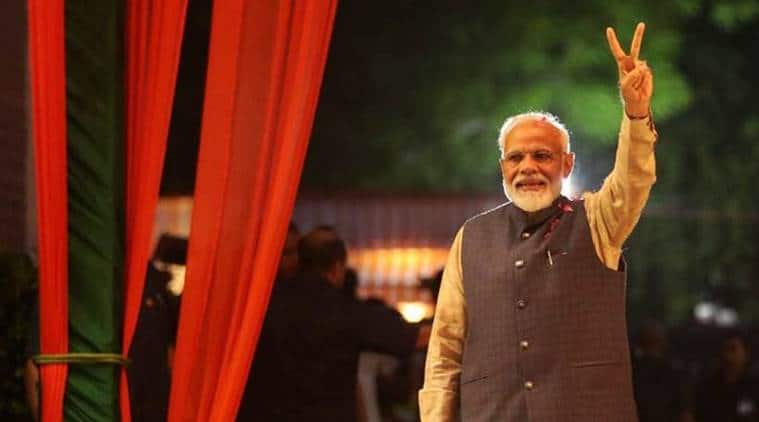 Most major nations have significant cooperation with Taiwan without extending it diplomatic recognition. India, however, has too many self-imposed constraints on its Taiwan policy. (Express Photo)

Suggesting that the new government in Delhi should put Taiwan on its diplomatic priority list might look a rather small-bore recommendation for Prime Minister Narendra Modi, who has come back with a huge domestic mandate that vastly enhances his international standing. Some in Delhi, however, would say that Modi’s focus on Taiwan is too big and risky an idea. They worry it might offend Chinese political sensitivities. But productive engagement with Taiwan is not about abandoning India’s “One-China” policy or playing some kind of a “card”. India has been rather scrupulous in respecting China’s sovereignty and territorial integrity.

When the NDA government assumed office in 2014, the External Affairs Minister Sushma Swaraj vented the frustration that Beijing does not reciprocate with a “One-India policy”. Given the stakes in a sensible relationship with China, the NDA government rightly chose to stay the course on the “One-China policy”. But it is by no means sensible for Delhi to deny itself the benefits of engaging Taiwan within the framework of its One-China policy.

Most major nations have significant cooperation with Taiwan without extending it diplomatic recognition. India, however, has too many self-imposed constraints on its Taiwan policy. It is now time to lift many of them. Even more important, is the need to end Delhi’s traditional political neglect of the Taiwan relationship. Lack of interest at the high political level means there is no bureaucratic ownership in South Block.

To be sure, since the establishment of formal channels of contact in the mid-1990s, there has been steady progress in the relationship. Annual bilateral trade has reached $7 billion last year and the hope is to raise it to $20 billion in the next few years. There has been a rise in Taiwan’s investments in India and a steady growth in exchanges between the two societies.

During the last five years, the NDA government has taken steps to enhance the relationship. These include the upgradation of the bilateral investment agreement, promotion of major Taiwanese investments, expanding parliamentary exchanges and facilitating track-two dialogues on regional issues.

There are at least three reasons why Delhi should take a fresh look at Taiwan and replace its current incrementalism with a more ambitious policy.

The first is geopolitical. The delicate three-way political compromise between US, China and Taiwan crafted in the 1970s appears to be breaking down, thanks to rising China’s regional assertiveness, the renewed threat of forceful reunification of Taiwan and Beijing’s relentless pressure tactics against Taipei.

Meanwhile in Washington, as part of the belated push-back against China under the Trump Administration, the “deep state” is determined to strengthen ties with Taiwan. In reinforcing its security commitment to Taiwan, the Trump Administration has begun to send its naval ships through the Taiwan Straits more frequently than before. Meanwhile, divisions within Taiwan on the future ties with Beijing have deepened.

The relative quiet in the triangular relations between the US, China and Taiwan over the last four decades tends to mask the strategic significance of Taiwan that straddles the sea lines of communication in the Western Pacific and is a stone’s throw from China’s mainland.

If there is one piece of real estate that holds the key to the geopolitics of East Asia, it is Taiwan. The unfolding dynamic around Taiwan will have significant consequences for India’s Act East Policy and its emerging role in the Indo-Pacific Region.

Second is geo-economic. The unfolding trade war between the US and China is compelling Taiwan to accelerate its plans to move its large manufacturing bases away from China to Southeast Asia and India. Well before the US-China trade conflict intensified, Taiwan announced the “New Southbound Policy” in 2016. The objective is to strengthen ties with the 10 countries of the ASEAN as well as Australia, New Zealand and India.

As the structure of industrial production in East Asia undergoes a profound transformation, amidst the prospect of an economic decoupling between the US and China, India has once-in-a-generation opportunity to boost its own manufacturing sector. For Modi’s agenda of promoting industrial production and creating jobs in India, the Taiwan connection with its impressive small and medium enterprises is more than opportune.

The third is talent and technology. Few issues have animated Modi than the promotion of global access to India’s professional talent. As it turns out, Taiwan has embarked on a big mission to attract skilled workers. With a declining birth rate and growing emigration, Taiwan’s industry, education, and technology development could do with Indian engineers and scientists. At present, there are barely 2,000 Indians working in Taiwan.

There is no shortage of ideas for the transformation of India’s relations with Taiwan. An agreement on comprehensive economic cooperation is one of those. The synergy in human resources provides the basis for massive collaborations between the universities, research institutions and technology enclaves in the two countries.

What the bilateral relationship now needs is high-level political attention in Delhi to make things happen and quickly. Expanding the engagement with Taiwan can’t be a tactical game; it should be an important part of Delhi’s effort to come to terms with all corners of Greater China that looms so large over India’s future.

Those who think Taiwan is small beer in the wider scheme of Indian grand strategy should ponder over two facts. Taiwan’s GDP is about $600 billion and twice the size of Pakistan’s economy. And few entities in the international system are today as eager and capable of boosting Modi’s domestic economic agenda.