Ashok Gulati, Ritika Juneja write: Access to nutritious food is only one of the determinants of nutrition. Other factors like access to safe drinking water and sanitation, immunisation and education, especially of women, are also important We presume that the nutrition experts of the Indian Council of Medical Research (ICMR) have been consulted in arriving at the decision. (Illustration by: C R Sasikumar)

On August 15, Prime Minister Narendra Modi addressed the nation from the ramparts of the Red Fort to mark India’s 75th Independence Day. Besides other big announcements, he emphasised the need to ensure “poshan” (nutrition) to the country’s women and children. PM Modi announced that, by 2024, rice provided to the poor under any government scheme — PDS, mid-day-meal, anganwadi — will be fortified. It is a bold decision. Leveraging science to attack the complex challenge of malnutrition, particularly for low-income and vulnerable sections of the society, who cannot afford balanced diversified diets, can be a good intervention. We presume that the nutrition experts of the Indian Council of Medical Research (ICMR) have been consulted in arriving at the decision.

Scientists at the Indian Council of Agricultural Research (ICAR) have been developing biofortified crops in India with a view to eradicating malnutrition amongst the poor sections of the society. As per the ICAR website, they had developed 21 varieties of biofortified staples including wheat, rice, maize, millets, mustard, groundnut by 2019-20. These biofortified crops have 1.5 to 3 times higher levels of protein, vitamins, minerals and amino acids compared to the traditional varieties. It is worth noting that these varieties are not genetically modified — they have been developed through conventional crop breeding techniques by our own scientists. A research team led by Monika Garg at the National Agri-Food Biotechnology Institute in Mohali has also developed biofortified coloured wheat (black, blue, purple) that is rich in zinc and anthocyanins. Farmers from Punjab and Haryana have been roped in to multiply the production of this wheat variety. This points towards the beginning of a new journey, from food security to nutritional security.

The HarvestPlus programme of the Consultative Group for International Agricultural Research (CGIAR) also deserves special mention here as they have been working closely with ICAR, state agricultural universities (SAUs), the international centres of CGIAR, seed companies and farmer organisations to accelerate production and improve the access of the poor in India to iron-rich pearl millet and zinc-rich wheat. Globally, more than 40 countries have released biofortified crops, benefitting over 48 million people.

The PM’s strong commitment towards a malnutrition-free India — Kuposhan Mukt Bharat – is crucial as 15.3 per cent of the country’s population is undernourished, and India has the highest proportion of “stunted” (30 per cent) and “wasted” children (17.3 per cent) below five years of age, as per the FAO’s recent publication, ‘The State of Food Security and Nutrition in the World, 2021’. These figures indicate that India is at a critical juncture with respect to nutritional security and will not be able to achieve the UN’s Sustainable Development Goal (SDG) of eliminating all forms of malnutrition by 2030 in the business-as-usual scenario.

However, access to nutritious food is only one of the determinants of nutrition. Other factors like poor access to safe drinking water and sanitation (especially toilets), low levels of immunisation and education, especially of women, contribute equally to this dismal situation. In a country where about 50 per cent of the rural population does not have safe and adequate drinking water within premises, where about 15 per cent of schools still lack access to basic infrastructure (electricity, drinking water and sanitation) and where the average annual school dropout rate at the secondary level (Class 9-10) is still 18 percent (as per the Niti Aayog’s SDG Index for the year 2020), one cannot tackle the multi-dimensional problem of malnutrition just by biofortification. It must be recognised that in the long run, India needs a multi-pronged approach to eliminate the root cause of this complex problem. That approach should include the following initiatives.

First, there is a direct correlation between mothers’ education and the wellbeing of children. Children with mothers who have no education have the least diversified diets and suffer from stunting and wasting and are anaemic. Notwithstanding considerable efforts by the government to improve female literacy, only 12.5 per cent women (in age group 15-49 years) were found to have completed school education (Class 12) in 2018 according to the Sample Registration System Survey. Hence, targeted programmes for improving the educational status of girls and reducing the school dropout rates, particularly at the secondary and higher educational levels, need to be promoted. Also, childcare knowledge and information on holistic nourishment should be compulsorily included in the school curriculum. This will improve mothers’ knowledge regarding colostrum, continued breastfeeding, diarrhoea prevention and treatment using oral rehydration solution, child immunisation, and family planning. Innovative strategies that integrate education and nutrition programmes hold great importance in combating the malnutrition problem. The Global Nutrition Report (2014) estimates that every dollar invested in a proven nutrition programme offers benefits worth 16 dollars.

Second, innovations in biofortified food can alleviate malnutrition only when they are scaled up with supporting policies. This would require increasing expenditure on agri-R&D and incentivising farmers by linking their produce to lucrative markets through sustainable value chains and distribution channels. This will generate remunerative income for farmers and fuel the scaling-up of the unfolding technology. The government can also rope in the private sector to create a market segment for premium-quality biofortified foods to cater to high-end consumers. For instance, trusts run by the TATA group are supporting different states to initiate fortification of milk with Vitamin A and D. Other private dairies should also be encouraged to scale up milk fortification across the country.

Third, a national awareness drive on the lines of the “Salt Iodisation Programme” launched by the government in 1962 to replace ordinary salt with iodised salt, can play an important role at the individual and community levels to achieve the desired goals of poshan for all. Branding, awareness campaigns, social and behavioural change initiatives, such as community-level counselling, dialogue, media engagement and advocacy, especially amongst marginalised communities, can promote consumption of locally-available, nutrient-dense affordable foods among the poor and children. But equally important is grandma’s recipe of diversified diets — we should always keep that in mind.

This column first appeared in the print edition on August 30, 2021 under the title ‘Meeting the poshan challenge’. Gulati is Infosys Chair professor and Juneja is Consultant at ICRIER

Partition horrors are not for remembrance, but for learning lessons 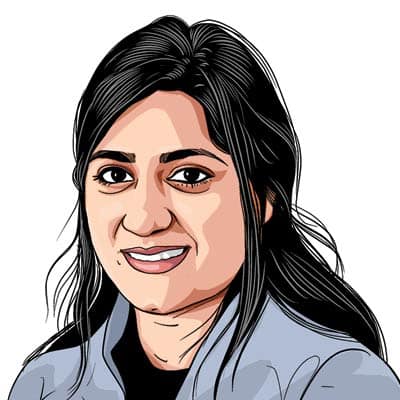