Wealth Of The Nation

At Davos, India needs to outline its vision to make growth inclusive 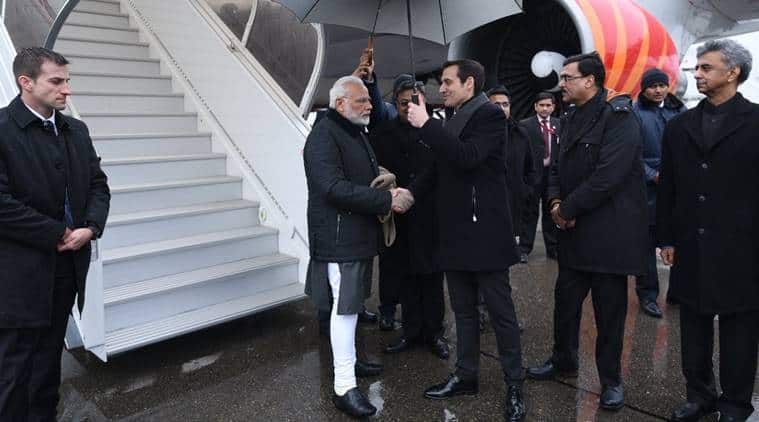 Earlier this month, the external affairs ministry announced that Prime Minister Narendra Modi would lead the “largest ever” Indian contingent to Switzerland during the four-day World Economic Forum 2018 in the Swiss Alps town of Davos on January 23. This made headlines since he is the first Indian PM to be attending Davos in over two decades. This year’s agenda for WEF includes “sustainable and inclusive economic development”.

It is ironic that one of the topics that weighs most heavily on the minds of the elite one per cent that gather in Davos each year is rising global inequality, the likes of which have not been seen during the last 100 years. This worries them because it makes economic growth unsustainable, corrodes politics and undermines democracy, leading to a breakdown of the social contract because people feel that the only way to get rich is through violence, crime and corruption.

PM Modi is expected to address a special plenary today on “Creating a Shared Future in A Fractured World”. But it does not seem that the one per cent of India are sharing anything with anyone. According to a Credit Suisse Global Wealth data for India, in 2017, 73 per cent of the increase in wealth in India went to the top one per cent. India now has 101 billionaires, with 17 new billionaires added last year. This number has grown rapidly since 2000, when we had only nine billionaires. They have not all earned this wealth through hard work — 37 per cent of India’s billionaires have inherited wealth. There are only four women billionaires and three of them inherited family wealth. In the last 12 months, the wealth of this elite group increased by Rs 20,913 billion. This amount is equivalent to the central budget for 2017-18.

Results of a new global survey commissioned by Oxfam demonstrates a groundswell of support for action on inequality. Of the 1,20,000 people surveyed in 10 countries — including India — nearly two-thirds of respondents think the gap between the rich and poor needs to be urgently addressed. It shows that 83 per cent of Indians agree or strongly agree that the gap between the rich and poor in India is too large. Seventy three per cent of Indians feel that the government must act to address the difference in income urgently. And, 52 per cent of Indians agree that income taxes on the richest one per cent should be increased.

What should the government do? First, it needs to promote inclusive growth by ensuring that the income of the bottom 40 per cent of the population grows faster than of the top 10 per cent, so that the gap between the two begins to close. It can be achieved by promoting labour-intensive sectors that will create more jobs, investing more in agriculture and implementing fully social protection schemes. Second, it needs to take stringent measures against tax evasion and avoidance. Tax the super-rich by re-introducing inheritance tax and increasing the wealth tax, and reduce, and eventually do away with, corporate tax breaks. It desperately needs more revenues to increase public expenditures on health and education. Third, the government needs to collect and make available regular and high quality data on income and wealth. It is the lack of availability of such data, until very recently, that has allowed inequality to creep up to such high levels in India without even policymakers themselves being aware of the nature and magnitude of the problem.

India is currently shining for its top one per cent and arguably also for its top 10 per cent. It needs to spread this to the middle 40 per cent and most of all to its bottom 50 per cent, which largely consists of Dalits, Muslims, tribals, and of course, women. The eyes and ears of India and the world will be focused on PM Modi during his debut at Davos.