In our efforts to be green, we must not greenwash 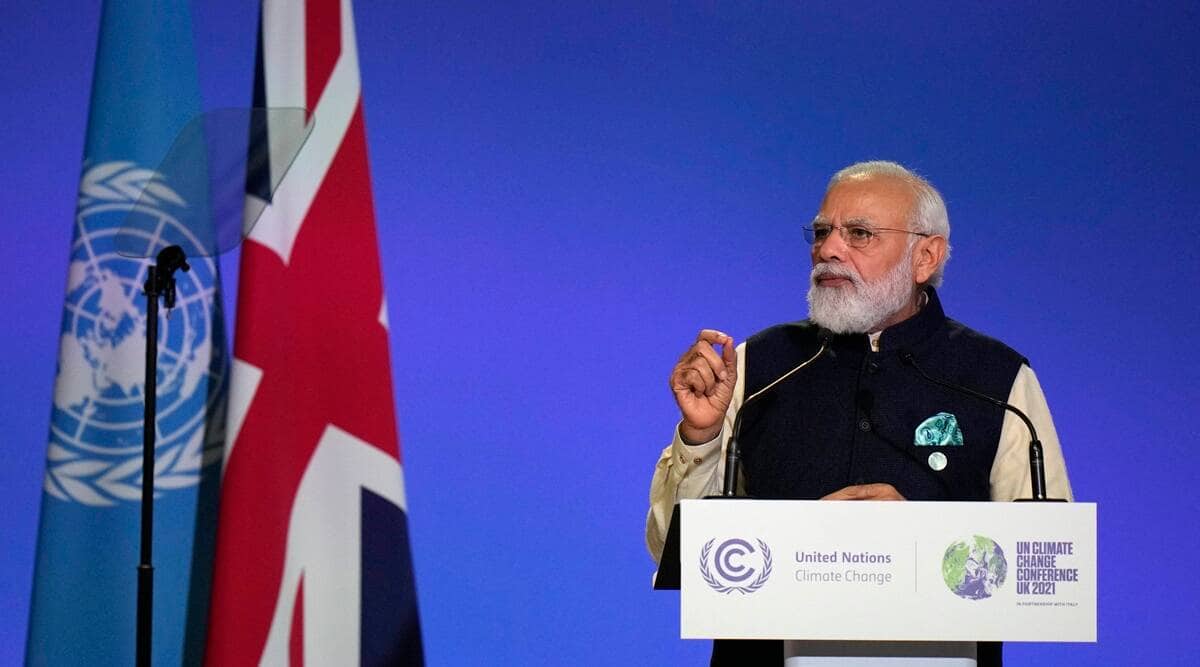 “India commits to become net zero by 2070”, said Prime Minister Narendra Modi at the start of the 26th Conference of Parties of the UN Convention on Climate Change. PM Modi announced four other elements of his “Panchamrit” (five nectar) commitment, all to be achieved by 2030: 500 GW non-fossil fuel energy, 50 per cent of the country’s energy generation through renewables, 45 per cent reduction in carbon intensity of its economy, and reduction of 1 billion tonnes carbon emissions.

India now joins some other major emitters in pledging a net zero target, including China, US, and the European Union. For a world teetering desperately on the edge of complete climate and ecological collapse, this is surely cause for cheer.

Except, wait, is it? The fine print of the grand announcements may tell another story. Apart from serious doubts about their techno-financial feasibility, there are at least three reasons to question the commitments.

First, how sustainable are the targets on “non-fossil fuel” and “renewable” energy generation? They contain nuclear energy and large hydro-projects, both with serious environmental and social costs, including deforestation, people’s displacement, climate change emissions in the case of large hydro, and in the case of nuclear, hazardous radiation. Even solar and wind energy promotion in India is largely focused on mega-energy parks, requiring enormous amounts of land. The Ministry of New and Renewable Energy (MNRE) has earmarked 10,000 sq km in seven states for such parks. These projects have serious ecological and social impacts, but do not even need Environmental Impact Assessment, under the faulty assumption that renewable energy is clean. About 60,000 hectares of Kachchh’s ecologically fragile grassland-desert ecosystem have been allotted to energy mega-parks. Reliance Corporation’s stated target of 100 GW of solar energy includes a 5,000 acre complex near Jamnagar in Gujarat, where its refinery has already damaged important marine ecosystems. Though there is some governmental support for decentralised renewable energy strategies, which have the potential to meet most if not all of India’s energy needs, they are given no priority.

I deliberately use the word “needs” here. In India’s energy plans, there is no questioning of how much energy is really needed for well-being. Energy-guzzling production processes and lifestyles are being pushed in the name of development. For decades, energy policy has catered to meeting all demand, including unnecessary, wasteful, and elitist lifestyles. No source of energy will be sustainable in such a scenario. Modi’s neat acronym at Glasgow, LIFE (Lifestyle for Environment) sounds rather hollow if unbridled demand is not addressed.

Secondly, in Glasgow, Modi cleverly hid the other side of the picture: The 50 per cent (500 GW) that will continue coming from fossil fuels like coal. The government has continued promoting coal mining and thermal power, and has no intentions of even plateauing fossil fuel use, let alone reducing it. At this rate, could it overtake the US and China as the highest emitter of greenhouse gases in the world? This also entails continued devastation of India’s most valuable forests for mining, and the displacement of communities who can teach us a lot about how LIFE can be led! Thousands of Adivasis have been protesting against proposed mining in the biologically rich Hasdeo forests in Chhattisgarh, but the government is busy clearing it. Where is the voice of these Adivasis in the grand announcements Modi made?

Third, the commitment to “net zero” (a favourite buzzword for major polluters across the planet) is pure greenwash. Net zero implies that if there is a certain amount of climate-changing emission in one place, it can be “offset” elsewhere in a number of ways, such as capturing it in trees or the oceans. This does not necessarily entail reducing the emissions in the first place. Note that emissions from power plants, factories, vehicles are not only greenhouse gases, but also many other pollutants that have harmful effects on people and biodiversity. Capturing carbon elsewhere does not reduce this damage. And as a report by Corporate Accountability has pointed out, proposals for achieving this target are based on unrealistic projections of land available, or unproven technologies. In India it may mean grabbing land from communities for massive new plantations; this is already happening in the name of “compensatory afforestation” carried out supposedly to offset the ecological damage caused by cutting down natural forests for mining, dams, highways. Additionally, scientific opinion is that we need to drastically cut emissions within a decade or so; waiting till 2050 or 2070 is simply too late for the earth.

Of course, India and other “developing” countries legitimately argue the that primary responsibility to act is with those who have historically released maximum greenhouse gases. This includes financing the transition to clean energy in countries that cannot afford it themselves, for which Modi has demanded a trillion US dollars. Completely justified. But he well knows that this is unlikely to come, and so India can easily use this as an excuse to avoid meeting its target. Why do I say “excuse”? Because unlike many other countries, India has the possibility to make the transition with its own resources; it is, after all, now the 5th biggest economy in the world.

But it can make the transition only if it commits to fundamental changes in its economy, away from an inherently destructive “growth” based, mega-development approach to one focusing on meeting basic needs of all. There are thousands of examples of how community-based strategies can achieve this, including decentralised energy generation, without costly, massive infrastructure. If India was really serious about “atmanirbharta”, self-reliance, it would replace the current capitalist and state-dominated economic model with pathways of well-being that are decentralised, based on sensitive use of land and nature, mixing our incredible heritage of traditional knowledge and skills with the best in modern systems, prioritising small and medium manufacturing, promoting worker-led cooperatives and producer companies, etc, examples of which are already available in initiatives around India.

But then this would mean taking power away from the corporations and political interests that stand to benefit the most from a mega-energy, heavy infrastructure-based climate strategy. Will Modi’s Panchamrit promises include such a shift?

This column first appeared in the print edition on November 12, 2021 under the title ‘Green and Greenwash’. The writer is with Kalpavriksh, Pune. Views are personal. 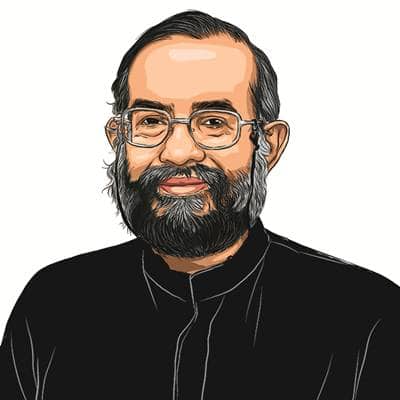