Myanmar, under the world’s eye

Sunday's election will determine the fate of the country’s attempted transition to democracy after five decades of military rule. 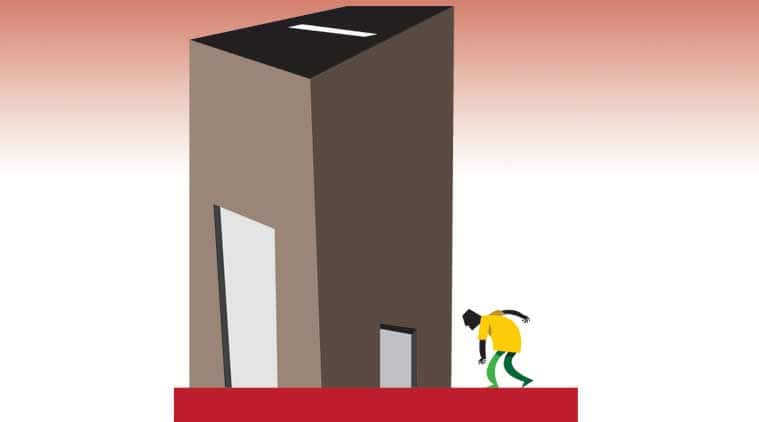 The credibility of the election commission has itself come into question. (Illustration: Pradeep Yadav)

Few elections have attracted as much world attention as the one in Myanmar scheduled to take place on November 8. The election is particularly important for India, not just because Myanmar is its immediate neighbour but also because it borders a very sensitive, militancy prone region. The fact that the country shares its borders with two giant powers, India and China, makes it geopolitically important. What kind of election it’s likely to be is the question foremost in the minds of the Myanmarese people and the global community.

Myanmar, like most countries of the region, has a long history of electoral fraud — from preventing eligible voters from casting their vote freely, if at all, to manipulating the results. Fraud can also occur much in advance by altering the composition of the electorate.

The treatment of minorities is an important issue in this election too. For the last 50 years, Myanmar’s military rulers have followed a strategic project of Burmanisation — single religion (Buddhism), language (Burmese) and culture (Burmanj).

In the 2010 election, ethnic Rohingya Muslims constituted three of 29 MPs and two of 35 members of the Rakhine Regional Assembly. The anti-Muslim tide surfaced after reforms started in 2011, erupting in communal violence, in which at least 200 Rohingyas were killed and 1,40,000 displaced. Nearly a million Rohingya Muslims have been debarred from voting by questioning their citizenship itself, under pressure from Buddhist nationalists, and nearly a hundred candidates disqualified from contesting elections. “I am deeply disappointed by this effective disenfranchisement of the Rohingyas and other minority communities,” said UN Secretary General Ban Ki-moon last month, adding, “Barring incumbent Rohingya parliamentarians from standing for re-election is particularly egregious.”

Nine countries had raised concerns that rising religious tensions could spark “division and conflict”. Aung San Suu Kyi said that she “saw worrying signs of religious intolerance” in an interview to an Indian media outfit on October 9. Many consider it a perfunctory tokenism. Defending her deafening silence, she said it was the wrong way to achieve reconciliation. Not a single National League for Democracy (NLD) candidate is a Muslim while, ironically, the ultra-nationalist Buddhists accuse Suu Kyi of being pro-Muslim. Many are questioning this attitude of the “Asian Mandela” and winner of the Nobel peace prize. Perhaps it is a case of “electoral compulsions” that we in India, too, are familiar with.

A silver lining is an appeal by a civil society organisation, “Interfaith for Children”, signed by leaders all four religions — Buddhism, Hinduism, Christianity and Islam — for religious tolerance and peace.

The credibility of the election commission has itself come into question. The Union Election Commission (UEC) chairman, Tin Aye, has washed his hands off, with the shocking statement that he could guarantee the accuracy of only 30 per cent of the voter list. While admitting the error in the software, he passed on the blame to voters! It’s the people’s duty to correct errors in the voters’ list and he would bear no responsibility if voters complained without checking the list. President Thein Sein made a radio speech that, according to the Daily Eleven, “sounded strikingly similar”.

It did not help matters when Tin Aye told a leading media person, “The president and I are comrades, brothers in arms. We have mutual respect.” Suu Kyi seized upon it, calling Tin Aye the bosom pal of Thein Sein and asked the public to be “vigilant, cautious, careful and very, very brave” in the weeks before the election. The CEC was a high-ranking member of the military junta and the Union Solidarity and Development Party (USDP). The president appoints at least five election commission members and some of the top positions are held by military men. To the UEC’s credit, it may be said that they have invited a large number of independent observers. As many as 11,000 domestic observers, from 28 organisations, 905 international observers from at least six international organisations and 30 diplomatic representations are expected.

Despite credibility issues, political enthusiasm is enormous, with 6,074 candidates from 91 registered parties in the fray. There are 35 million voters registered to vote at 40,516 polling booths. They will be electing 168 representatives to the Upper House, 330 to the Lower House and 644 to regional and state legislatures. Myanmar has set up polling stations at its 44 embassies and consulates around the world for advance vote-casting by its more than 29,000 overseas citizens deemed eligible to vote. Domestically, advance voting, from October 29 to November 7, will be allowed for government officials, political candidates, local observers and media personnel.

Myanmar’s refugee problem is another hot issue in the elections. During the five decades of military rule, millions of Myanmarese left — illegally — in search of security to become “undocumented” migrant workers in neighbouring Thailand and Malaysia and beyond. The UNHCR records 1,30,000 Myanmarese in Thailand, 1,50,000 in Malaysia, and over 10,000 in India. There are 14,000 refugees in Thailand’s largest refugee camp, from the eastern Kayah State that was devastated by the civil war. They are accused of having connections with armed groups branded as unlawful. Although the government had invited them to return, seven of the 15 rebel groups refused to join the ceasefire agreement signed on October 24.

The main parties in the fray are the USDP, the ruling party floated by the army, and the NLD led by Suu Kyi. The NLD had won the 1990 election to the constituent assembly, boycotted the 2010 election and participated in the 2012 by-elections for 46 seats. It won 43 of the 44 seats it contested.

The constitution debars anyone from the office of president if s/he has a spouse or children who are foreign nationals. This directly affects Suu Kyi, whose late husband was British, as are her two sons. The constitution also limits the role of political parties to 75 per cent seats, the rest are reserved for the military. This makes amendments to the constitution almost impossible, which rules out a Suu Kyi presidency completely. Some feel that she may stand for the post of speaker.

Whatever the outcome, the spotlight will be on Myanmar for the next few months. The election will determine the fate of the country’s transition to democracy after five decades of military rule. The US has already announced that its relationship with the state would depend on the quality of the election and its acceptance by all parties.

Quraishi is former chief election commissioner of India and author of ‘An Undocumented Wonder: the Making of the Great Indian Election’.

What the pirs say 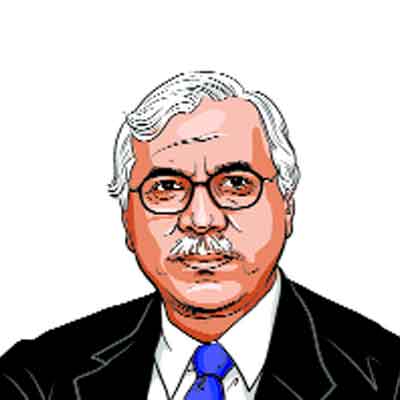