Syeda Hameed writes: Since 2014, both men and women from the community have been victimised. The honourable ministers launched the day in the name of Muslim women. Where were they when hundreds of women sat 24X7 for 100 days at Shaheen Bagh?

August 1 has been declared by the government as the “Muslim Women’s Rights Day”. I ask the Minister of Minority Affairs (who I met several times during my 10-year term in the Planning Commission), “Do you really believe in this ‘day’?”

In a statement released on August 2, more than 1,000 women and men across the religious divide have called your act “cynical optics”. A popular song by Shailendra in Basu Bhattacharya’s film, Teesri Kasam comes to mind — Sajan re jhoot mat bolo/ Khuda ke paas jana hai! (My friend, do not lie/All of us have to face God!)

In 1998, when I was a member of the National Commission for Women, I went to Darul Uloom University in Lucknow to meet Maulana Abul Hasan Ali Nadwi — popularly known as Maulana Ali Miyan — who was also chairperson of the All India Muslim Personal Law Board. The commission, under the guidance of Mohini Giri, had just completed holding public hearings of Muslim women in 18 places across the country. We wanted to share our findings with Maulana Ali Miyan. He received us with affection and warmth, probably because he had known my family, especially the writings of my great grandfather, India’s first feminist poet and religious and social reformer, a man by the name of Khwaja Altaf Husain Hali. He spoke a language that resonated with my understanding of Islam as a religion, which gave the highest status to women. “Then why is their condition across the country so different from what had been ordained?” I asked. He spoke of the “mindset of the quom”, of “patriarchy”, of deviation from Islamic tenets.

The NCW report, Voice of the Voiceless: Status of Muslim Women in India, in which all the above is recorded, appeared in the year 2000. It gathered dust until 2004. When the government changed, it was taken off the shelf and many programmes for Muslim women were started. During my term in the Planning Commission, I witnessed the Sachar Committee laying bare the state of Muslims, both men and women. The government launched schemes, and the Planning Commission was entrusted with oversight. Civil society was brought in right from the start, first in planning, then in implementation. The best part of this process was that no one thought in terms of the religious divide. Hindus, Sikhs, Christians worked to bring Muslims into the mainstream. Taking inspiration from Maulana Ali Miyan, his successor Maulana Mujahidul Islam Qasim and the board secretary Qasim Rasool Ilyas tried to bring Muslims into the development paradigm. This was the first time that representatives from the women’s movement sat across the table with the AIMPLB.

Cut to 2014, and onwards until today. Over the months and years, scenes of lynching and violence have played out against Muslims — most of them men, young and old and boys.

In the capital city, at the university campus where I live, a slogan-shouting gunman shot at protesting students. At a crowded chowk, crowds are instigated by a future Cabinet Minister — “goli maro salon ko”.

In the remotest part of India, Lakshadweep, where the population is 97 per cent Muslim, the threat of ecological destruction is unleashed by the diktat of an administrator appointed by the Centre. In Assam, it appears as though Muslims may well be denied their constitutional rights. In UP, perhaps with an eye on the 2022 polls, polarisation seems to be the order of the day — whether as calls for “love jihad”, the proposed population control Bill or the Religious Conversion Ordinance.

Our youth are incarcerated on dubious grounds — Sharjeel Imam, Umar Khalid, Siddique Kappan, to name a few. The honourable ministers launched the day in the name of Muslim women. Where were they when hundreds of women sat 24X7 for 100 days at Shaheen Bagh? Did they heed their supplications? Did they salute their courage? Muslim Women Empowerment Day, did you say?

The MW (Protection of Rights on Marriage) 2019 Bill, which became law on its promulgation on August 1, remains a farce. What was its need when in 2002 the Supreme Court had already struck down instant triple talaq in the case of Shamim Ara vs Dagdu Pathan?

Scenes from the event were played out on the screens on August 1. Many hijab-wearing women were caught on camera in a meeting room, where they were being tutored about their bright future. Images of some compliant faces were flashed. Some banal sentences of praise attributed to them were seen as subtitles.

The words of the poet Suroor Barabankvi speak volumes:

This column first appeared in the print edition on August 5, 2021 under the title ‘The saviour complex’. The writer is former member, Planning Commission

Two years on, the deepening anxieties and growing distance between Delhi and Kashmir 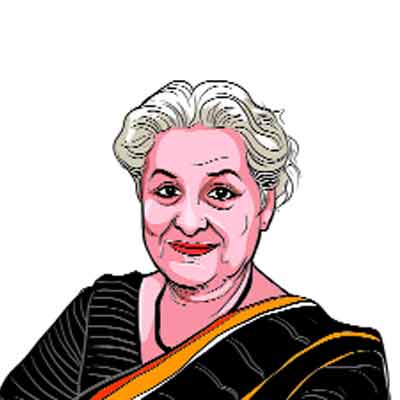