Munawar Faruqui is not being bullied for his jokes, but for his faith

🔴 Apoorvanand writes: An example is being made of the comedian to send the chilling message to all Muslim that they cannot expect to live their lives in India in their way. 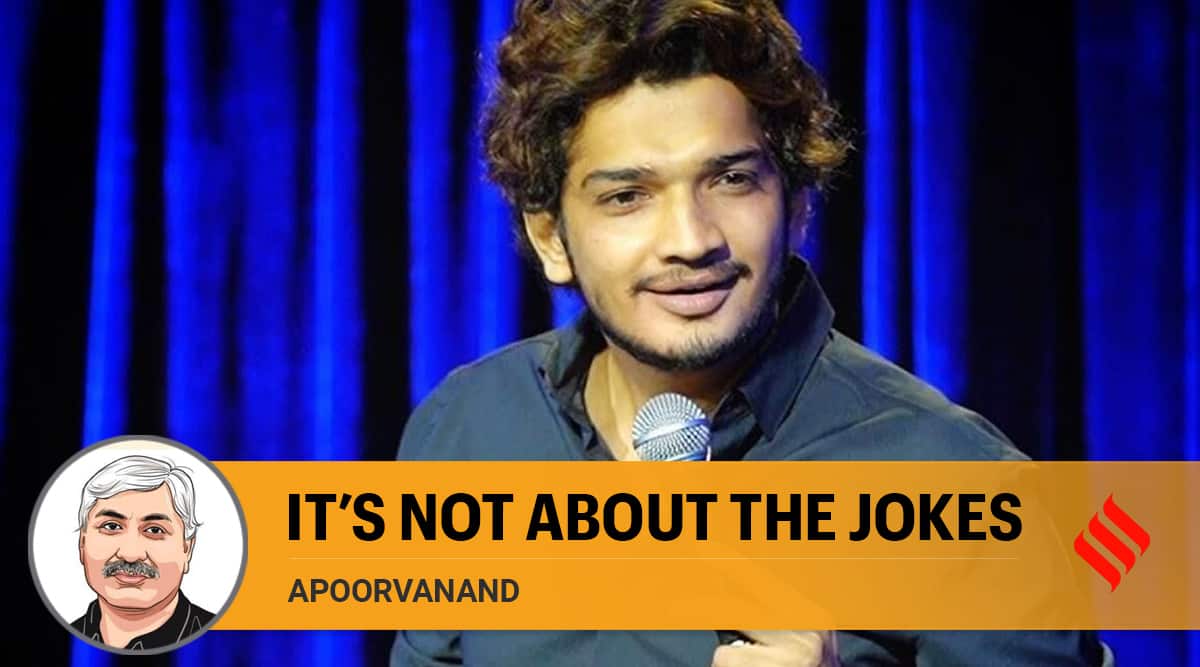 “The attacks of which I have been the object have broken the spring of life in me… People do not realise what it feels like to be constantly insulted.” It is as if artist Edouard Manet is speaking for Munawar Faruqui. But Manet and Gustave Courbet faced insults and punishment for their realistic challenge to the art establishment. Is Faruqui paying for any artistic innovation or rebellion? One must be clear that it is not his comedy or humour that has put him in the line of fire from “Hindu” groups. Some well-intentioned people are trying to present it as that. They are pleading that humour strengthens democracy, that public humour is a sign of a healthy society and so on, and are lamenting that the space for it is shrinking in India. By saying all this, we are trying to turn our eyes from an ugly truth.

We must accept that it is Munawar Faruqui, a Muslim, who is under attack. For being a Muslim. For the audacity to smile and stand upright. This is the open bullying of a Muslim by the affiliates and fellow travellers of the RSS, with the connivance of the law-and-order apparatus. It is not his jokes that are making “Hindus” angry. There is no genuine hurt involved here, which can sometimes lead to anger. That can be understood and dealt with. In this case, a cold decision seems to have been made that an example will be made of Faruqui — and through him, a message sent to all Muslims: They should not expect to live their lives, their way, in India. They are at the mercy of the radicals of the RSS network.

The cancellation of Faruqui’s show in Bengaluru has another dangerous aspect. This time, it is the police that has taken the lead in forcing the organisers to cancel the programme. The Bengaluru police acted at the behest of “many organisations”, which in its view were opposed to his show. By doing this, the police legitimised and privileged their view. It also called Faruqui a controversial figure and told the organisers that “many states have banned his comedy shows”. The police lied. No state in India has banned his shows. It is the threat of violence by organisations like the Bajrang Dal and the refusal of the police to give security that forced the organisers in different states to withdraw. The culprit in all such cases is these violent organisations and the police willing to stand with them and not Faruqui, who is the one being threatened. It is not so complicated for the law-and-order machinery to decide what it has to protect: It has to protect the right to life of the person under attack, and not persecute him.

A spurious argument is being made that Faruqui has mocked Hindu gods and goddesses and “Hindu” organisations are aggrieved by this. A show not done, jokes not cracked are being imagined and made a reason for action against him. The Indore bench of the MP High Court did not help.

Faruqui does not do comedy as a hobby. This is his livelihood. By making it impossible for him to use his skills to earn his bread, he is being put in the category of the fruit-seller who would not be allowed in Hindu localities, the mehndiwala Hindu women would not go to, the bangle-seller barred from mixed and Hindu localities and the hotel owner, who would face violence for “defiling” sacred Hindu land. The list is long. Meat shops, slaughterhouses, food chains — more people and categories are added regularly. The only thing common to them is their Muslimness.

Different “secular” excuses are used to criminalise their economic activities. From cleanliness to saving the honour of women. The deviousness is evident. But we should also say, that apart, it is the Muslim self which is being told that s/he has to subservient to the wishes of the “Hindu” groups who claim to represent the Hindu sentiments and interests. That s/he cannot have a voice unless it has passed the test of the “Hindu censor”

We have also heard people asking why Faruqui can’t mock Islam or its sacred figures. As if only by doing so, would he qualify to practice humour. Well-meaning people fall for this. This is what drove M F Husain out of India.

Karnataka is a BJP-ruled state. But the police in Raipur, the capital of Chhattisgarh (a-Congress ruled state), succumbed to the threat of the “Hindu” organisations and Faruqui had to cancel his show there as well. Neither the government nor the political leadership thought it necessary to intervene. When opposition leaders proclaim to support him, they need to show it in their actions — by standing up to the goons, protecting his right to do his job and not making his existence conditional to the pleasure of the violent “Hindu” groups.

By not respecting Faruqui, the law-and-order authorities are also diminishing themselves. From Gurgaon to Bengaluru, they have started resembling an extended coercive arm of the “Hindu” groups. They are so loyal that they anticipate these groups’ wishes and act accordingly. When the Gurgaon police did not stop “Hindu” groups from disrupting the Juma Namaz at police-designated sites and watched them perform havan and bhajan in a “public space”, they gave the message that they are not in command.

Rather than emotionalising the issue, we need to say that Faruqui and his co-religionists have as much claim over India as Hindus. To deny them that using the coercive power of the state would not be and should not be tolerated by us who believe in the constitutional idea of India. We need to stand up to bullies, secular political parties need to walk the talk and not issue empty solidarity messages. Unless we show that we can stand up for his freedom to live his life his way, our lament is worthless.

This column first appeared in the print edition on December 1, 2021 under the title ‘It’s not about the jokes’. The writer teaches at Delhi University 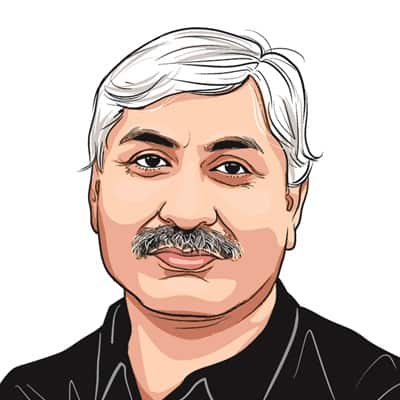