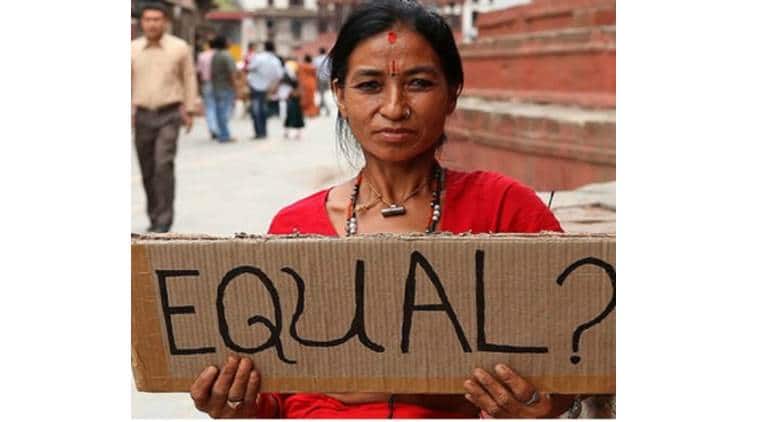 The central issue is if criminalisation of bigamous marriages is the most effective way to gender justice . (File)

“Where polygamy lacked legal sanction, it frequently existed in the more or less illegal form of concubinage,” said eminent American sociologists J.H. Locke and J.A. Peterson. This author believes in monogamy and is not in agreement with the affidavit filed by the Personal Law Board which is atrocious and appalling on several counts. The central issue is if criminalisation of bigamous marriages is the most effective way to gender justice . There is no magic about monogamy, nor is everything evil about restricted polygamy if it is allowed to all communities. Polygamy is a problem of male-dominated culture and has little to do with the religion of bigamous men. What are the dangers of outlawing polygamy particularly when the law recognises live-in relationships? What is the Indian and western experience in this respect? Is restricted polygamy for all communities with adequate safeguards for women a better option? These are some questions the Law Commission should include in its questionnaire.

Hindu bigamous husbands go scot-free as the judiciary can do little unless an aggrieved wife lodges a complaint. It is an offence against her, not against society. The Law Commission’s 227th report of 2009 lamented the existing bigamy law under the Hindu Marriage Act, 1955 when it concluded that “it is indeed full of serious shortcoming and loopholes”.

In spite of polygamy being illegal for Hindus except in Goa, official reports brought out in 1974, after almost two decades of prohibition of bigamy, revealed that polygamy is higher among Hindus than Muslims (Adivasis 15 per cent, Hindus 5.8 per cent, Jains 6.7 per cent, Buddhists 7.9 per cent and Muslims 5.6 per cent). No authentic figures are available for the subsequent decades. According to the 1971 census, there were 45.3 crore Hindus and six crore Muslims; as many as one crore Hindu men had more than one wife as opposed to just 12 lakh Muslim men. According to the Third National Family Health Survey of 2006 as many as two per cent women reported that their husbands have more than one wife. Banning polygamy thus has not worked.

At present when a Hindu man deserts his lawfully wedded wife to live with another woman, the only remedy available to the deserted first wife is divorce on grounds of adultery or desertion. However, most abandoned wives may not view divorce as a viable option because of the sacramental nature of Hindu marriage. In any case, prosecution of the husband does not help the first wife. Hindu men who contract bigamous marriages are allowed to go scot-free without legal obligations towards their partners due to the insistence on the “solemnisation” of marriage. Even their registration of marriage is not accepted as proof. Clandestine bigamy among Hindus is worse than open polygamy among Muslims.

Muslim men who take more than one wife are legally bound to provide each wife not only residence but also proper maintenance and equal care and love as the Quran permits polygamy only in exceptional situations with very stringent conditions. Thus, she is better off in comparison to the “second Hindu wife” who has no legal status or rights.The second Hindu wife cannot even claim maintenance from her husband. The Supreme Court in the D.Velusamy case did deny maintenance to a second Hindu wife by holding her as “mistress” and “keep”. Thus banning polygamy amongst Muslims would simply have an equalising effect of making a second Muslim wife as destitute and vulnerable as a second Hindu wife.

The Modi government has quoted examples of a number of Muslim countries (even though most of these countries do not believe in individual liberty) where polygamy is permitted with the consent of the first wife or prior permission of the court. The government has overlooked the fact that in spite of abolition of polygamy, Turkey and Tunisia have not succeeded in controlling or eradicating polygamy. Normative changes are indeed not enough to bring social reform. Leading experts of Indian family law such as Derrett, Anderson and Menski oppose an outright ban on polygamy and favour restricted polygamy.

Even in the US, there is a call to legally recognise polygamy in some situations as the bigamy law has not led to the eradication of polygamy. The percentage of Americans who find polygamy to be morally acceptable has more than doubled since 2001 and polygamy could be legalised in the US as soon as 2040. Unlike in the western world, we have an adverse sex ratio and therefore monogamy would remain the only choice. The missing daughters is the real crisis.

The Modi government erroneously believes that monogamy is the only way to strive for equality between the sexes. Scholars like Adrienne D. Davis argue that polygamous relationships also have the ability to strive for this ideal. They favour recognition of polygamous relationships based on corporate law, such as limited liability companies or partnerships giving all members or partners of marriages equal bargaining power as opposed to status-based rules. Based on these business models, “regulated polygamy” could be more in tune with the “freedom of contract” and “individual autonomy” doctrines than sacramental monogamy. Equal say is to be given to all members, including wives, in entry or exit of any member with rights and liabilities clearly laid down. Let us think of treating marriage as a private limited company.