MPs need help with homework too

Members of Parliament have a problem. They are expected to ask questions in the house to keep the executive in check,help...

Members of Parliament have a problem. They are expected to ask questions in the house to keep the executive in check,help draft legislation,scrutinise the budget,and tend to their constituents needs. Yet,to accomplish all these goals,so vital for Indian democracy,they receive only Rs 14,000 to pay for a single secretary and a phone. They are not even given an office,so their secretary is often forced to work out of the MPs own living room.

In democratic societies we should have high expectations for our representatives,but in relation to the meagre resources they are given,the demands placed upon Indias MPs are simply unrealistic. As a result,members of the most representational body in the country are frequently sidelined and cut out of the decisions of the day.

Other parliaments dont operate this way. Indias MPs represent about twenty times more people than their counterparts in the United Kingdom,Canada,and Australia,who each receive an office in the capital and at least one in their constituency,along with three to four dedicated staff. This does not include the assistance they obtain from government-funded partisan researchers allocated to major political parties or the non-partisan researchers available in their parliamentary libraries.

In the United States,where members of the House of Representatives represent constituencies about a third as populous as their Indian counterparts and political parties are not as powerful,members are given a staff of about fifteen. United States Senators are typically provided with sixty to eighty employees. They also have access to the government funded Congressional Research Service for non-partisan,high quality legislative and policy analysis.

These staffers abroad do one of two tasks: perform research or tend to constituency-related work. Both types of staff are desperately needed in India. MPs here find themselves outgunned by the ministries of the executive branch that they are supposed to keep accountable. They do not have the time to research the questions they should be asking in Parliament or the alternatives they should propose.

Without well-briefed MPs the quality of overall legislation and governance suffers from a lack of scrutiny,and in particular,local interests are underrepresented. With a research staff MPs could make national legislation more responsive to the needs of their constituency,helping bridge the local-centre disconnect so common in government policy.

One small example helps illustrate these resource constraints. Before being released to the public,all government rules and reports are placed before Parliament for objections from MPs. Its an unrealistic task. MPs would have to read and respond every day to hundreds of pages of this official material to complete just this relatively minor,but critical,part of their overall workload. Its simply not possible.

Currently,an average MP spends much of their day helping constituents navigate government to set up electricity or water connections,or simply get a passport. These constituency-related tasks help make the government more accountable,but for the MP to personally deal with such routine matters is a waste of their time and in other countries this job is largely delegated out to staff.

Such a delegation of tasks has the added benefit of making political power more accessible and democratic. Today,an ordinary person cannot ask their MP to help them navigate government or lobby their MP on a bill; that takes political connections. If a MP had a well-resourced office all requests could be dealt with by the appropriate staffer,and the MP brought in only when necessary. An industrious MP might even send their staff to travel throughout their constituency to proactively engage constituents.

There are clear benefits to properly equipping MPs for their job,but who should this staff be? MPs need to be able to hire persons that they trust and who share their political beliefs. Sometimes they mayappoint those who are incompetent or mere cronies,but many will hirevery talented employees and those MPs should fare better at the polls as a result. As an added benefit,these staff appointments would draw many more gifted individuals into the political system,and may even help spark the birth of public policy schools in India to train them.

Offices and staff do not come for nothing,and the country will have to be willing to pay to support their MPs. Yet even now,MPs are given a two crore rupees discretionary fund to use in their constituency. Many have criticised this scheme as eroding the separation of powers and being so small a relative sum that it has little impact on most constituents lives. One crore of this fund could be reallocated to each MP for their office and staff. The good governance effects of this expenditure would more than pay for itself. The staff,like their MP,would be incentivised to more efficiently tailor national policies to local concerns and ensure that these programs actually reached their intended beneficiaries.

MPs are currently severely hampered in performing their bedrock role in Indian democracy. The fix is not monumental,and it has a proven track record in other countries; its simply giving MPs the offices and staff they need to succeed.

Security stepped up for Assembly bypolls in Dhoraji,Jasdan 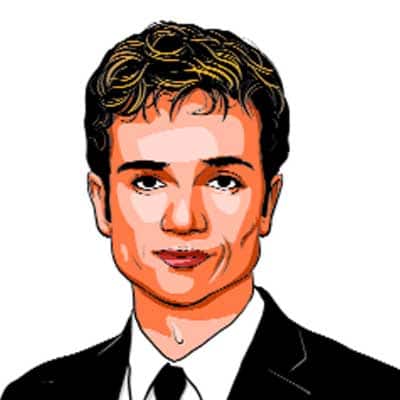 Nick RobinsonThe writer is a fellow at ­Harvard Law School’s programme on the le... read more