The government has chosen the wrong way to address Indias research deficit.

One of the reasons why Chinas universities are well ahead of Indias is research. Philip Baty,editor of the THE rankings,is not the first to draw attention to the need for developing a stronger research culture in India. While a few institutions,such as the Indian Institute of Science and the IITs,do reasonably well in terms of research,Indias total research output  which stood at 3.5 per cent of world research output in 2010  does not measure up to Chinas,which is soon expected to overtake that of the Asia-Pacific leader,Japan.

There are two broad problem areas for research in India: funding and the research orientation or the capability of faculty. To begin with,India spends less than 1 per cent of its GDP on research,significantly less than what Western or many Asian countries do. Private sector contribution is a dismal 20 per cent of the total. The second problem is that nearly all research is carried out by a small number of people at an even smaller number of elite institutions. The majority of the faculty at higher education institutions does not do any research.

In Indias current higher education structure,the responsibility for research lies with post-graduate departments at state universities,teaching-cum-research institutions such as the IITs,the IIMs and central universities,and specialised research centres such as the IISc and the Tata Institute of Fundamental Research. To address the research deficit,the government has started to insist that faculty members research and publish papers. These are now necessary for promotions and other advancements. This insistence ignores ground realities,especially the current composition of faculty.

One can identify four kinds of faculty members at Indian institutions. First,there are active researchers. They mostly belong to elite institutions. Their total number is fairly small. Before the countrys research deficit was acknowledged and became a matter of great concern,the government did not care much about them. Second,there are research-capable faculty. They are well-trained for research or have trained themselves on the job,but have abandoned research,usually because they are demoralised by the erosion of academic culture at their institutions or by the lack of recognition and support for their work. Then there are the non-researchers  faculty members who are research-deficient. Some of them are sincere and/ or good teachers. They form a large section of the faculty. Finally,there are the non-performers,another large group,consisting of those who are barely qualified for teaching or research.

The government and higher education administrators need to abandon the idea of making researchers out of non-researchers. Research-capable faculty and non-researchers who are good teachers should be encouraged to keep doing what they are doing well. They could also be useful in administrative roles and as mentors to new faculty,leaving active researchers to get on with publishing. These are far better options than insisting that they reorient or upgrade their roles.

Indias higher education institutions will eventually improve their research output. A growing number of new faculty members at research-responsible institutions are trained at the best places in India or the West,places where a research culture is deeply entrenched. On its part,the government needs to ensure that the number of such faculty members continues to grow.

The writer is with the department of humanities and management,BITS Pilani,Goa 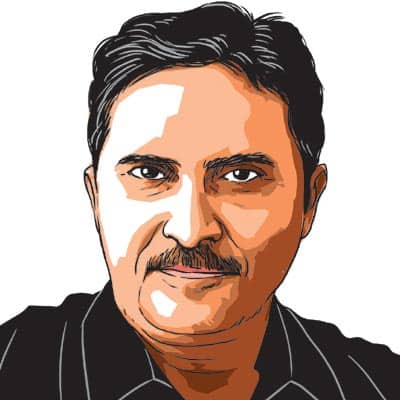 PushkarThe writer is assistant professor at the department of humanities and ... read more