A scheme for change 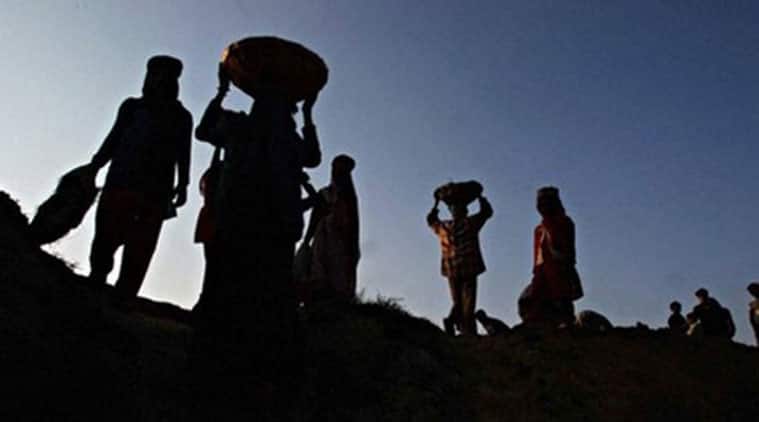 The main arguments against the MGNREGA have been that it is full of leakages and that it is a dole that has not resulted in any assets.

Today is the 10th anniversary of the launch of the MGNREGA. This legislation was pathbreaking in its scale, architecture and thrust. Its demand-based legal framework promised an open-ended budget for implementation, unlike all other allocation-driven social sector schemes. The MGNREGA appealed to the left, provoked the right and stayed central to the development discourse. As it completes 10 years, a longer lifespan than most rural development schemes, it is an opportune moment to answer three key questions: First, has the MGNREGA worked? Second, what is happening with it today? And third, do we still need the act?

We can evaluate the MGNREGA’s performance in two ways: By asking whether the act has enhanced livelihood security, and whether it has served as an instrument for rural empowerment. Every year, the MGNREGA provides 40-45 days of employment to a fourth of rural households. Further, seasonality trends indicate that the employment is supplementary and sustains households during periods when non-MGNREGA work opportunities are few. These figures validate its role in enhancing rural incomes.

But the verdict on rural empowerment is divided because of the act’s uneven implementation across states. There are, however, clear successes — for instance, the increase and reversal of a six-year-long period of stagnation in rural wages. Even its worst critics would concede that the MGNREGA’s provisions like work within five kilometres of home, equal wages, etc, have provided greater work opportunities for women and improved gender parity. The participation rate of women has remained around 50 per cent. In the absence of the MGNREGA, these women would have remained either unemployed or underemployed. There is also strong data to suggest that the legislation has reduced distress migration in traditionally migration-intensive areas. The MGNREGA has often been referred to as an ecological act that changed the rural landscape and renewed the natural resource base through its focus on water-conservation works. On the act’s impact on poverty, the findings are less categorical. Though a recent panel survey by the NCAER suggests that the MGNREGA has reduced poverty among Adivasis and Dalits by 28 and 38 per cent, respectively.

The evolution of the MGNREGA has also triggered institutional changes beyond its intended benefits. For example, between 2008 and 2014, more than 10 crore no-frills bank and post office accounts were opened and 80 per cent of wages were paid through these. This was unprecedented financial inclusion in the true sense since it ensured regular use of these accounts while reducing corruption and leakages.

So where does the MGNREGA stand today? After being described as a monumental failure, the answer to that question is apparent. With rising MGNREGA minimum wages and an artificially capped budget, demand has been plummeting. Total person-days of employment dipped to 166 crore in 2014-15 as compared to 220 crore in 2013-14. There has also been a 40-per cent delay in wage payments in the current year. Overall, the government’s policy on the MGNREGA has been wavering. In 2014-15, there was also an attempt to change the wage-material ratio from the current 60:40 to 51:49. The idea was to change the labour-intensive nature of the scheme, which would have diluted the objective of the act. Though the Centre went back on this suggestion, fund allocation continued to be unpredictable. This year, the states are starved of funds and are unable to open new works and pay wages — as of January 2016, 14 states were showing a negative fund balance. The change in government has taken away a key ingredient that contributed to the success of the MGNREGA: Political will and belief in the act.

The main arguments against the MGNREGA have been that it is full of leakages and that it is a dole that has not resulted in any assets. Both these are vastly exaggerated and founded on intellectual laziness and ideological blinkers. The MGNREGA certainly does not exist in a silo and there is no denying that it faces similar challenges on corruption as other development schemes. Corruption needs to be dealt with harshly, but cutting funds to development programmes is definitely not a plausible solution. The MGNREGA has been fighting corruption through the use of IT and community-based accountability mechanisms like social audits. It is, in fact, one of the few schemes that has digitised almost all information and made this database publicly available. Concerns on the durability and utility of assets were addressed by adding new permissible works in 2013. As a result, 50 per cent of MGNREGA works relate to productive rural infrastructure, including toilets, and 23 per cent relate to building assets for marginalised communities.

Finally, a judgement on the need for the MGNREGA should make a distinction between the soundness and value of the act and the bottlenecks in implementation. In other words, poor implementation in some states/ districts or, for that matter, incidents of corruption, are not a statement on the need or utility of the act. Of course, they point to the need to strengthen service delivery, improve access and governance structures.

While assessing the MGNREGA, we must consider that it has been the singlemost important instrument for empowering gram panchayats (GPs). The act gave gram sabhas the mandate to plan their own works and untied funds to execute these works, half of which have to be executed by GPs. No other scheme has placed funds at this scale (Rs 15 lakh per year on average) directly with GPs.
That said, programmes do need constant review and evaluation. For one, the MGNREGA should have an intensified focus on marginalised communities in the most backward blocks and on skill development of households that have completed 100 days (about 8 per cent of the total). In addition, the act should immediately be linked with the Socio-Economic Caste Census to ensure better targeting. It is also time to review the basis for determining wage rates. But most of all, what the MGNREGA requires is consistency in political support. What it does not need is slow strangulation, which is the approach of the Modi government.

TMC leader tries to board flight with gun, detained