Marriage equality is a constitutional right, do not deny it to same-sex couples

India has finally joined the democracies that have decriminalised same-sex relationships. It is now time to join the many democracies which recognise the right of a citizen to marry anyone she chooses. 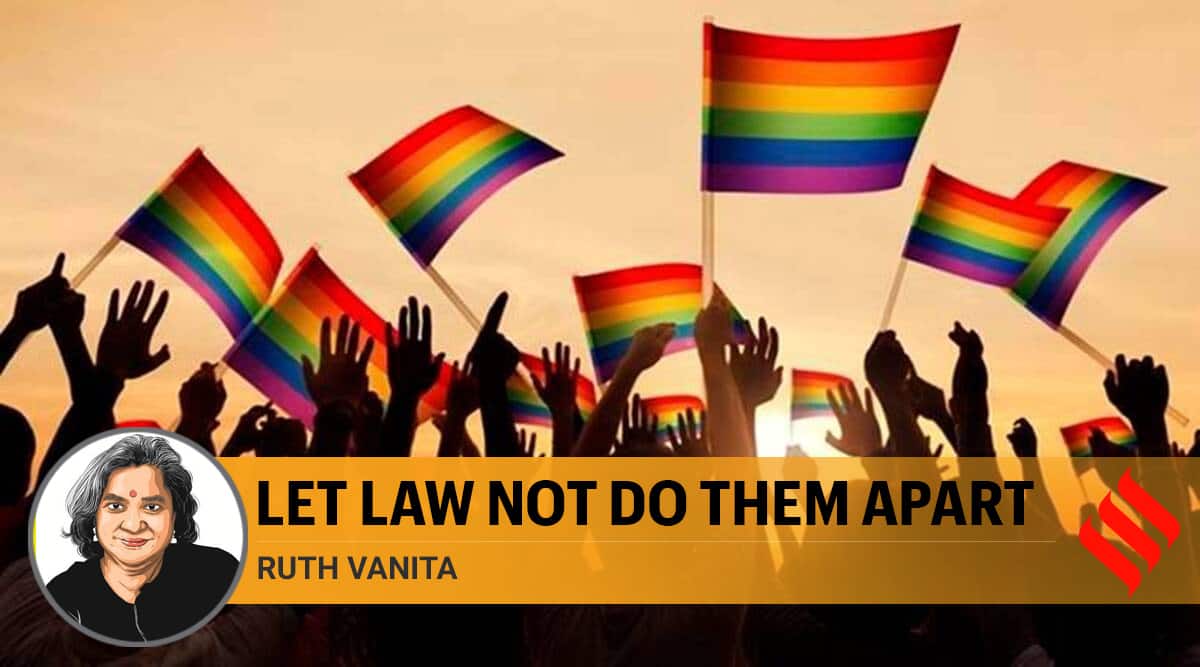 In most countries, the demand for marriage equality has come not from LGBT movement leaders but ordinary people.

Recently, three couples (two male, one female) have filed petitions, two in the Delhi High Court, and one in the Kerala High Court, arguing that the state’s refusal to recognise their marriages violates their constitutional rights. The first couple that I know of who tried to register their marriage were Vinoda Adkewar and Rekha Chaudhary in Maharashtra in 1993. Still earlier, in 1987, Leela Namdeo and Urmila Srivastava, married by religious rites in Bhopal. Even earlier, in 1980, Lalithambika and Mallika in Kerala, tried to drown themselves, with their hands tied together.

In my book, Love’s Rite: Same-Sex Marriages in Modern India (2005), I examined hundreds of cases of such young women (and a few men), almost all from non-English speaking, lower-income backgrounds, who got married by religious rituals or committed joint suicide or both. They are from all over India and include Hindus, Muslims, Christians, Dalits, tribals, fisherwomen, agricultural workers, students, construction workers. Most of them had never heard words like “lesbian” or “gay”. Such weddings and suicides continue today. Those who commit suicide often write notes, asking to be buried or cremated together and saying that they will be married in the next life.

The solicitor-general of India was recently quoted as saying that same-sex marriage is against “Indian values.” The question is: Are these young women and men Indians or not?

In many cases, families violently separated the couples, often driving them to suicide. But several families, after initial disapproval, accepted the partnerships and celebrated the weddings. In 2001, two nurses, Jaya and Tanuja, got married in Bihar. At the same Hindu ceremony, Jaya’s sister married a man, and Jaya’s family participated, along with 200 guests. But the registrar of marriages refused to register the marriage. In 2006, Bodo tribals of Simlaguri, Assam, asked MLA candidates to provide legal rights to Thingring and Roinathi, a daily-wage labourer and a domestic help, who got married in a temple in 1999. Are these families and communities not Indians?

Male-female couples whose families disapprove of their relationships also marry by religious rites and some commit suicide. It is precisely because Indians disagree about values that the Special Marriage Act exists. It allows couples whose marriage may be disapproved of for any reason (inter-religion, inter-caste, different income groups) to obtain the legal rights of marriage.

I have interviewed Hindu priests and swamis, who performed same-sex weddings (one as early as 1993). They told me that the spirit (atma) has no gender and marriage is a union of spirits; and that when people get inexplicably attached despite social disapproval, this is due to a bond from a former birth. The 11th-century Sanskrit text, the Kathasaritsagara, provides the same explanation for cross-class and cross-caste couples who want to marry.

In most countries, the demand for marriage equality has come not from LGBT movement leaders but ordinary people. In the US, the first couple who got their marriage registered were Jack Baker and Michael McConnell in 1971. They have now been together for 50 years. When lawsuits were filed in the US to obtain marriage rights, many LGBT movement activists disapproved. The demand came from ordinary couples.

Most male-female married couples take for granted that the day after they marry, they can open a joint account, make health and funeral-related decisions for each other, and inherit each other’s property. Two women or two men who are married by religious rites or in a foreign country cannot do these things. When an Indian man marries a foreign woman, she immediately gets the right to apply for a PIO card, which allows her to permanently live and work in India. But when he legally marries a foreign man in another country, say, Taiwan, his husband remains a legal stranger to him and can only get a tourist visa to stay a maximum of six months.

India has finally joined the democracies that have decriminalised same-sex relationships. It is now time to join the many democracies which recognise the right of a citizen to marry anyone she chooses. Until this happens, we have a strange situation where a couple is legally married in, say, England, but when they come to India, they are single. What should they state about themselves in a visa form — single or married? If they write “single” they are being forced to lie.

This article first appeared in the print edition on November 4, 2020 under the title ‘Let law not do them part’. Vanita is a novelist and scholar. Ruth VanitaVanita is a novelist and scholar.... read more