With manifestos, political parties must show how the desirable is feasible

If one does not show that the “desirable is feasible,” chances are that the promises will remain on paper, as in the past. 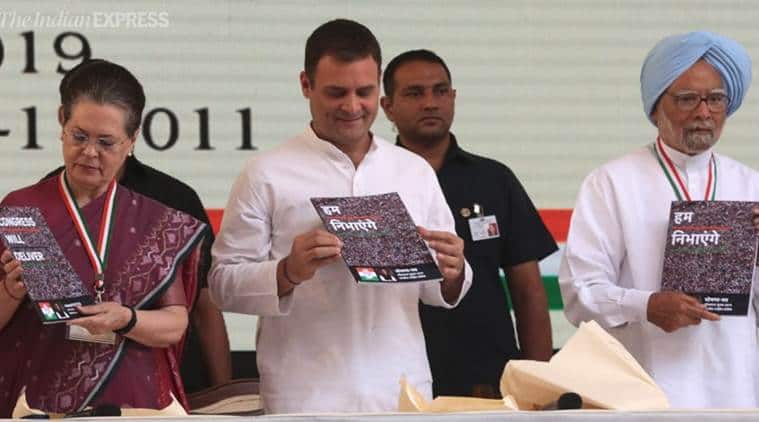 The Congress’s manifesto proposes a more inclusive society. It recognises that state has to take greater responsibility for the marginalised sections — the Nyay scheme is one such. But can one be sure? (Express photo by Neeraj Priyadarshi)

General elections are the time for the political parties to vie with each other to produce more innovative and inclusive manifestos than their rivals. There is something for everyone, especially for the marginalised sections — women, Dalits, farmers, workers and so on. They also promise to end poverty, promote industry and lower the inflation rate. However, one thing they do not do is say how all this will be implemented.

The present government had promised to double farm incomes but farm incomes have actually declined due to the two big shocks to the economy and droughts. It promised two crore jobs per annum but the situation is so bad that the government has denied the official data on unemployment and claims that no one has good data.

History shows that governments typically do not fulfill the promises made in manifestos. In 1991, the Congress promised that within 150 days of assuming office, it would roll back prices to the pre-1989 level. After assuming office, the party said that was not possible. In 1977, Morarji Desai said that what was in the Janata Party manifesto was the programme of the party, not that of the government.

It seems that governments do not feel accountable to the public. Parties are tied to vested interests and the general welfare of society is incidental. This has been true to various degrees since independence and has reinforced the “trickle down” approach to development. The lot of the marginalised sections has improved marginally, while the gains of development have largely accrued to the elite groups. This has aggravated since the New Economic Policies, launched in 1991.

Any talk or using taxation as a means of redistribution is dismissed out of hand. It is said that such policies will be a disincentive to the well-off to invest and the economy would slow down. It is also argued that this will drive capital abroad, where the tax rates are lower. Transfers to the poor, it is claimed, will make them lazy; alternatively, wages will rise and India will lose its competitive position in the global markets. There is some truth in all these arguments.

But the bigger issue pertains to citizenship. Should a vast number of people continue to live in degrading conditions? Often, the blame is put on the poor themselves: They lack the skills for modern jobs. But, is it not true that this is because they have not had the opportunity to attain good education or obtain proper nutrition and health facilities? At the time of Independence, it was accepted that the ills of society — poverty and illiteracy — have to be collectively resolved. The state was given a large role in the economy. This was the Nehruvian consensus.

This consensus was undermined by the rapid growth of crony capitalism and rise of monopolies despite the Monopolies and Restrictive Trade Practices Act. In 1991, the paradigm shift meant that individuals have to resolve their own problems — by going to the markets. This has led to a massive increase in inequalities. To mitigate some of these crises, UPA-I opted for the MGNREGS, mid-day meal scheme and Right to Education. Even though these are palliatives, they represent a partial return to the Nehruvian paradigm.

Inequalities have continued to grow. Recent data shows that 1 per cent Indians have 70 per cent of the wealth and 22 per cent of the incomes. If black incomes are included, these figures become 85 per cent of wealth and 45 per cent of the income. This is a key reason for the economic slowdown and protests by large sections of the population. The Narendra Modi government initially promised to reverse the Nehruvian elements in policies but was forced to continue MGNREGS and the Right to Food programmes. It added the Ujwala Scheme and modified its pro-business slant.

The Congress’ manifesto proposes a more inclusive society. It recognises that state has to take greater responsibility for the marginalised sections — the Nyay scheme is one such. But can one be sure?

Accountability to the public has to be built into the programmes. A key feature of this would be to indicate how resources will be raised for all the desirable goals in the manifesto. If one does not show that the “desirable is feasible,” chances are that the promises will remain on paper, as in the past.

This article first appeared in the print edition on April 9, 2019 under the title ‘For Meaningful Manifestos’. Kumar is Malcolm Adiseshiah Chair Professor, Institute of Social Sciences and author of Ground Scorching Tax 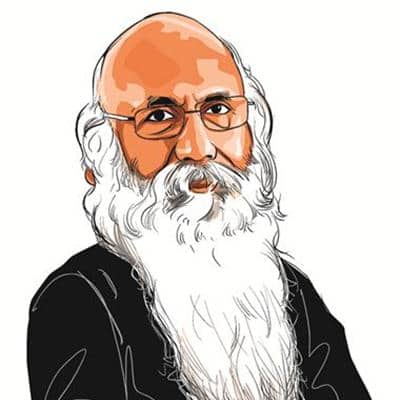