Making all workplaces safer for women Difficult working conditions are aggravated in the absence of proper redressal mechanisms and women’s access to them.

The Female Labour Force Participation Rate, already low in India, received a further setback with the pandemic. Women were the first to lose their jobs once the lockdown was announced, two years ago, and they are yet to get back into the labour force. The female labour force participation rate was at 9.4 per cent for the period between September-December 2021, according to the Centre for Monitoring Indian Economy (CMIE). This is the lowest female labour force participation rate since 2016 when the data was first compiled.

In understanding the all-time low female labour force participation rate, there is a need to factor in a longstanding problem — the safety of women in workplaces. All women deserve a non-discriminatory and safe working space. But those in the informal and unorganised sector deserve particular attention. The pandemic aggravated the situation for women in the informal economy.

A recent study by Oxfam India on tea plantation workers reveals that the extremely hierarchical nature of their jobs, the migrant status of workers and the lack of other job opportunities for women tea pluckers contribute to the normalisation of workplace violence. Facilities such as canteens and toilets — generally available in factories where workers are predominantly men — are lacking in the fields. Because of the presence of the mostly male “sardars” (supervisors), women try to seek privacy far away from where their colleagues are working. This makes them vulnerable to sexual abuse or attacks by wild animals. It is now quite well known that women sugarcane cutters undergo forceful hysterectomies. These workers also face domestic violence and verbal, physical, and sexual abuse.

The quest for inclusive growth in the post-pandemic should catalyse endeavours to make workplaces in the informal sector safe for women. Some measures that can be implemented immediately include sensitising informal sector workers on gender-based violence and informing them in simple language about the laws that deal with such violence; employers must ensure that complaints committees are functional; sensitising local labour contractors on how to deal with cases of sexual harassment at workplaces. These bare minimum measures can be implemented with technical support from local women’s rights organisations. The government should also step in to improve the implementation of existing laws and increase budgetary provisions for workplace safety.

This column first appeared in the print edition on April 4, 2022 under the title ‘Employment with dignity’. The writer leads the informal sector work at Oxfam India 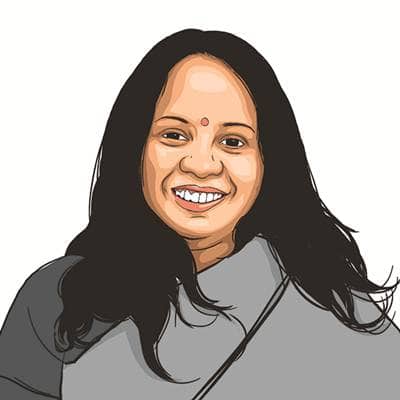