Make in India in defence

For the first time procurement has been linked to production Being the multi-billion dollar and most lucrative defence market in the world, India provides several opportunities for Indian and foreign corporate entities for defence manufacturing. Thanks to the Make in India campaign, the defence sector has moved from the periphery to the core of Indian manufacturing. Several CII reports have suggested that the sector not only has the potential to augment manufacturing but also add nearly one million direct and indirect jobs. Some of the top industrial houses have already made some inroads into the sector. Several more are waiting for the right opportunity.

The CII welcomes the much-awaited release of the Defence Procurement Procedure (DPP 2016) on the inaugural day of Defexpo 2016 by the defence minister. The initial feedback from all stakeholders, including industry and end-users, indicates that many issues have been ironed out to enhance the DPP’s efficacy. There has been a clear departure from past practices that often left critical defence procurements in limbo. The revised procedures provide more flexibility to the end-users and the industry to work together, especially on development projects. A new procurement category — Indigenously Designed, Developed and Manufactured (IDDM) — has been introduced and accorded top priority. It essentially means the government is leaving no stone unturned to give a boost to Make in India. The “Make” procedure has been further classified into three types to address the concerns of MSMEs in particular. The defence ministry would fund up to 90 per cent of the Make project’s prototype development cost. Adding one more safeguard for the industry, the ministry will reimburse the remaining 10 per cent prototype development cost, if the order is not placed within a stipulated timeframe after the successful test of prototypes.

A few issues, including ensuring a level playing field between public and private and the Foreign Exchange Rate Variation (FERV), were addressed before the DPP’s release. For instance, excise and customs duty exemptions available to PSUs/ Ordnance Factory Board (OFB) have been withdrawn. The Union budget also mentions this. FERV is now allowed for the private sector in all contracts, as was available to PSUs/ OFB earlier in nomination cases.

The DPP also addresses issues like incentives to move the Indian defence industry up the value chain. Various provisions remove ambiguities, ensure transparency, offer a level playing field and clearly lay down procedures. It won’t be an exaggeration to say that the defence ministry has taken all the right steps to create a conducive environment for the defence industry’s growth, as envisaged in the Defence Production Policy. Given the opportunity, this industry has the potential to become a huge foreign exchange earner and also lead India to its professed goal of self-reliance.

Nearly $14 billion worth of defence offset obligations will be discharged by the foreign Original Equipment Manufacturers (OEMs) by 2028. It’s heartening to note that the government has taken serious note of

the industry’s recommendation for further streamlining the Defence Offset Guidelines. These guidelines are part of the DPP and have been revised to add more flexibility and accountability.

DPP 2016 has also opened up several co-development and co-production avenues for Indian as well as foreign companies. The ministry seems to have successfully bridged the gap between intent and implementation. Earlier policies and procedures were often criticised for lacking in implementation despite the best of intent. For the first time, the defence ministry has accepted the industry’s longstanding request for linking defence procurement with defence production. This inter-linkage would go a long way in realising Make in India in defence.

End-users will literally have to exhaust all possible options of domestic manufacturing before suggesting “Buy Global” procurements. Interestingly, in the past one-year-plus, most of the “Acceptance of Necessity” for forthcoming defence procurements have been granted for “Buy India” and “Buy and Make (Indian)” category. It means the government is walking the talk.

Indian industry is keen to take on complex hi-tech and more challenging projects. It would be desirable to identify and share more Make projects across the three services to enable Indian industry to prepare their business case. Also, prior intimation would also allow Indian industry to look for and tie up with foreign OEMs as a co-developer/ technology partner. 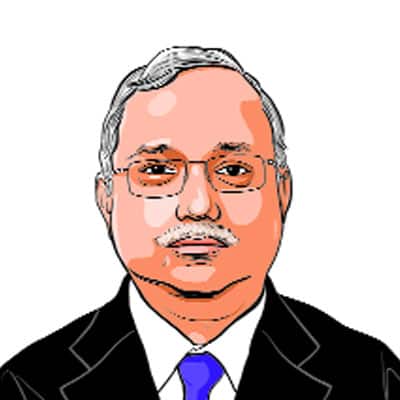