Lula’s victory: Brazil back from the brink?

Brazil has got a reprieve. But this time around, Lula's challenges will be of a far greater magnitude 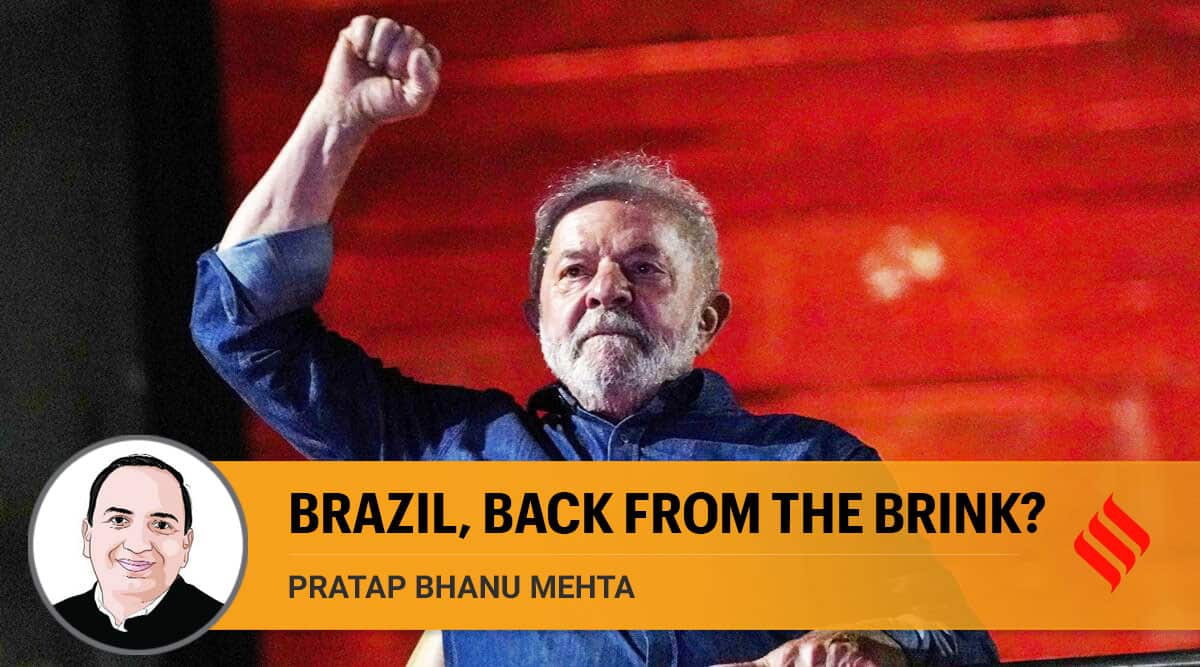 Lula is in the best mould of a classic politician, an imaginative social mediator. His biography and life experience make him exude empathy. (REUTERS)

The margin of victory is wafer thin. But the historical significance of Lula’s victory in the recently concluded Brazilian election is greater than the victory margin suggests. Jair Bolsonaro is the first incumbent to lose an election since democracy was restored in Brazil. Lula’s victory reverses the tide of authoritarian destruction of institutions that would have likely accelerated with a second Bolsonaro term. Brazilian democracy has survived because the institutions have still held strong, and unlike in the Seventies, militaries are in no mood to govern.

Second, it restores a bit of sanity on an important existential challenge: Climate change. Bolsonaro’s effective climate denial and wanton destruction of the Amazon was globally significant. Lula is an assertive and independent voice in global foreign policy, and will resist pushing the world towards Cold Wars. His victory is also a triumph of political mobilisation, savvy and grit. Only Lula could have empowered the poor and stitched a broad coalition at the bottom; but it was equally important to keep together factions of the Left and the Centre in the face of deep Right wing unity.

Explained |Brazil chooses Lula for President: The significance of his return, and the defeat of Jair Bolsonaro

It would be a real misnomer to describe Lula as a populist. He is in the best mould of a classic politician, an imaginative social mediator. His biography and life experience make him exude empathy. A machine worker, he was a reluctant entrant into Union politics, but saw closely the torture authoritarian regimes can inflict. He institutionalised the unions into a political force. Unlike populists, he believes both in coalitions and institutions. The most fun fact about him is that he has been running in practically every presidential election since 1989; there is a passion for electoral coalition-building.

In one interview, he revels in the fact that he does not judge people by whether they are Left or Right; he describes his most important quality as “making friends.” It made him the most likeable politician on the planet. But there is also a clear-eyed sense that the poor need to be empowered, and Brazil’s racial and gender hierarchies frontally confronted. He is also not above making deals, a feature that makes him less than pure but also an effective politician. What makes this victory reassuring is not that it is some deep triumph for the Left, but that it is the triumph of the idea of politics itself.

The question for Brazil is whether these skills will be enough to tide over the looming crisis of Brazilian democracy. In many ways, the template of Lula’s previous stint in power that saw the greatest reduction in poverty in Brazil in any presidential term and the expansion of affirmative action, may not be sufficient. It was a moment in the global economy where every country could do what was called “distribution without redistribution,” a politically somewhat painless spreading of the gains of growth. In fact, the striking thing about Lula’s speeches and writing is how fiscally conservative he is. Fuelled by high global growth, the state had enough revenue to craft imaginative schemes like Bolsa Familia. But this time around, Lula’s challenges will be of a far greater magnitude.

From NYT |What Lula’s victory in Brazil means for climate

For one thing, as the Left is learning, the Right can easily appropriate its welfare agenda. In a way that has parallels with the BJP’s embrace of NREGA and PDS, Bolsonaro, after having railed against “Leftists”, used cash transfers to shore up his political support. New welfarism is agnostic between Left and Right. Second, Brazil may yet experience a bit of a commodity and export boom that could allow some fiscal space for the creation of inclusive programmes. But the outlook for global growth is uncertain. And there is a paradox in the export boom. While it may fiscally create space for the state, it also strengthens that part of capital that pushes back against inclusion. But Lula’s big challenge is that all development models are struggling with a structural transformation that can produce good jobs.

Bolsonaro has been defeated, but not the social forces he represents. It would be a mistake to see that “Right” only in crudely political terms. It is tapping into deep undercurrents of social change. In Brazil, this is around several axes. There is the changing nature of religion. Traditional Catholicism is declining, and being replaced by Evangelicalism, trying to occupy not just the cultural but civil society space amongst the poor. Like every society, Brazil is now increasingly polarised over issues of gender and identity. The backlash against affirmative action is palpable amongst the elites. And the deeper crisis of governability continues. Violence is deeply institutionalised in urban Brazil. Neither the Left nor Right have a full handle on this.

But what it has done to politics in Brazil is that it has created a large constituency for a punitive state. The longing for a punitive culture has less to do with fighting crime effectively; it itself revels in a cult of violence. Hence Bolsonaro’s relaxing of gun control. But so long as the state is not effective, the temptation for a punitive state remains. In fact, the challenge for the Centre and Left everywhere is the perception that they cannot govern; think of the ways in which “crime” is used in US politics to shore up the Right. The shadow of violence can cut across the Left-Right distinction.

Hence it is perhaps not surprising that the Right has done so well in Brazil. Not only has Bolsonaro’s vote share remained strong, the Right has done well in legislative and state elections. Ironically, this very fact may have saved Brazilian democracy since it is hard to delegitimise an electoral process that has such varied outcomes. Lula’s own coalition is also fractious.

Brazil has got a reprieve. It is sobering to think how different the outcome would have been if Bolsonaro was even slightly more competent. It is ironic that the Left, that claims to engage with social forces, has so invested in the personality of Lula, while the deeper social contradictions still remain. The most important thing about Lula may just be that he himself does not quite buy into the myth around him. He will act as a governing politician rather than an emancipatory messiah. As he once said, “Democracy is good because you learn something new every day.” It is precisely this sensibility that makes the most popular politician on the planet a symbol of hope. This time the fate of democracy and the world is truly riding on him.

The writer is contributing editor, The Indian Express