In Good Faith: Lives of others

Moral desirability of organ donation must be balanced against the coercion that altruism usually carries in unequal societies. 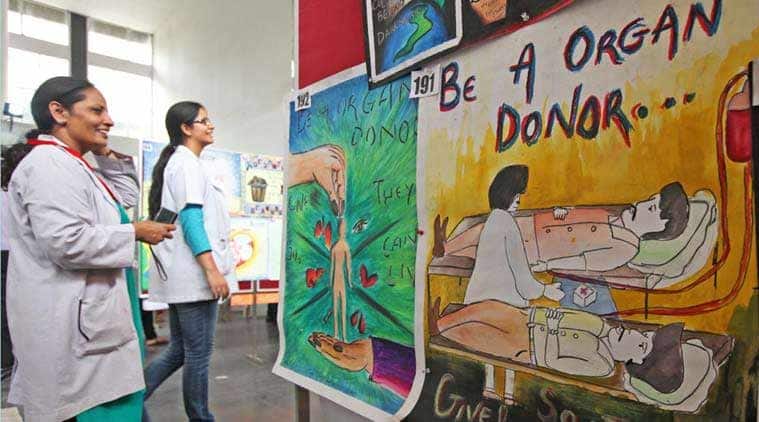 The recipient of the first successful transplant lived for eight years after the surgery. (Representational photo)

In 1954, the seemingly impossible idea of replacing a failing vital human organ with a working one became a reality when two doctors at a Boston hospital transplanted a kidney from one identical twin to another. But ethical issues surfaced immediately after the transplant. How could consent be obtained from the donor without moral coercion? How informed is the donor’s choice? Does she understand the risks that surround her donation and recognise the uncertainties they involve?

Organ donation saves lives. The recipient of the first successful transplant lived for eight years after the surgery. But what about the guiding ethic of the medical profession, primum non nocere — above all, do no harm? Kidney donors are known to live healthy lives. However, studies in the European Union and China have shown that a third of them are vulnerable to urinary and chest infections. Doesn’t the potential risk to the donor violate the first traditional rule of medicine?

Rules in most parts of the world initially allowed only genetically-related family members to donate kidneys. But within a decade of the first transplant, developments in medical science allowed the use of other organs from unrelated deceased donors. Progress in research also allowed harvesting kidneys from unrelated donors for transplants. It is now possible for living donors to donate organs other than kidneys, including parts of the liver and lung. The ethical dilemmas around medical transplants have only grown sharper as a result.

Strictly speaking, donation means an act of giving. The donor, the one who gives, is necessarily alive, the moral agent. But the developments in medical science have somewhat upset this definition. The “donor” can now be a cadaver, incapable of willing anything. How to define consent in such cases? The simple solution is to obtain such consent beforehand. Many countries thus have registries where people state their willingness to donate organs after the end of their lives. Consent remains a fuzzy concept even then with the next-of-kin often expected to make decisions on behalf of the deceased. The NHS in Britain, for example, regularly complains that bereaved families block transplants from registered donors.

Two weeks ago, the Netherlands joined a small group of countries — including Spain, Belgium, and Wales in the UK — that have tweaked the consent rules in ways that obviate the role of a dead donor’s next-of-kin. On February 13, the country’s Parliament passed a law that deems all Dutch adults potential organ donors, unless they opt out.

Is this scheme morally defensible? It has been critiqued on the grounds that in an atmosphere where support for organ donation is all pervasive, a greater proportion of people who do not want to donate will end up having their organs used against their wishes. Though these are early days, the opt-out system does seem to be working better. Transplants in Wales, for example, have risen by a third after the health system there adopted this system in 2015. Spain is known to have one of the highest transplantation rates in the world.

We have no way of finding out how many of such donors opt-in of their will. But the systems in Spain, Belgium, Wales, and now the Netherlands, are founded on a fundamental ethical shift: Instead of putting the onus on the donor to prove altruism, they assume that the urge to save another life is innate to human beings. Altruism does have moral resonance. Consider, for example, the moral argument against the driver who speeds past someone grievously injured on a highway. Shouldn’t a similar moral force be attached to donating organs after death, given the long waiting lists for transplants in most parts of the world? In India, for example, more than 1.5 lakh patients are waiting for organs with a mere 12,000 donors available. More than 1 lakh people die of liver diseases, while just 1,000 get a liver transplant. The Ministry of Health estimates that the annual requirement for kidneys could range between 1-2 lakh while a mere 5,000 transplants happen annually in the country.

The opt-out system might, however, be put to test in cases where live donors are deemed as viable as cadavers. In the US, for example, kidney transplants as a result of donations by family members or friends outnumber those obtained from a cadaver. This often goes into making the case for a regulated market in human organs. The example often cited in support is that of Iran which offers people a legal way to sell their kidneys. However, only the desperately poor would want to sell their organs. Their decision might seem to be a “rational” one from the perspective of economic choice but is not necessarily a free choice. As the bioethicist Arthur Caplan points out, “Watching your child go hungry while you lack a job and a wealthy person waves a wad of bills in your face is not exactly a scenario that inspires confidence in the choices that the poor would make in a market for body parts.”

There is, of course, no guarantee that the opt-out system would succeed in places other than the small number of countries in which it has been adopted. Surveys in most parts of the world show that people do appreciate the ethical need for organ donation. But their altruism is also premised on the presumption that organs will be distributed in a fair manner to those in need. That rarely happens. According to Caplan, an impressive number of papers in professional journals show that “women, the elderly, the disabled and the minorities are not represented in the ranks of those receiving transplants to the extent that they could and they should”.