Let the river take its course

The Ganga waterway project is ill-conceived. 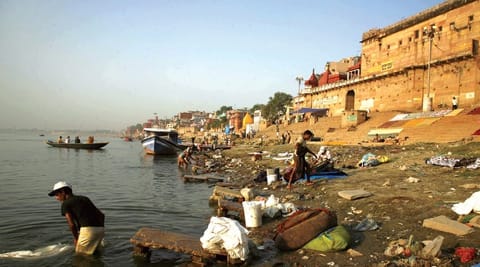 Let us promote navigation on the Ganga to the extent that the natural flow of the river allows it.

Soon after the prime minister assumed office, he added “Ganga rejuvenation” to the name of the ministry of water resources. But if the Ganga waterway project, much favoured by Transport Minister Nitin Gadkari, is implemented, the river, far from being rejuvenated, will cease to exist.

The multiple barrages that the project envisages would turn the free-flowing river into a series of ponds or lakes linked by channels controlled by a system of locks. The Ganga would become a medium for navigation alone and would cease to perform any of the other functions of a river.

The barrages would serve as barriers to the movement of fish, which would be decimated. In the absence of fish, aquatic birds would lose their source of food and go elsewhere. There could be a serious loss of biodiversity. The already threatened Gangetic dolphin could disappear altogether. Fisherfolk would lose their livelihoods. While the system of locks might facilitate the movement of medium-size ships, traditional boat people would no longer be able to ply their boats freely. Their livelihoods, too, would be threatened.

The transportation of sediment is a major feature of Himalayan rivers. One definite consequence of a barrage would be to trap sediment. This is already happening at the Farakka barrage. If the proposed project goes through, this would happen at each of its several barrages. This could have two consequences: one, the flow of nutrients would stop. This would adversely affect aquatic life, if any, downstream and deprive marine life at the estuary of food. Two, the land-building activity at the estuary would be badly affected, leading to a deterioration in its health.

The interaction between fresh and saline water at the estuary may also be affected. The resistance to the incursion of salinity from the sea might be weakened and the coastal mangrove systems and wetlands may be adversely affected by the change in the freshwater-saline water balance. Moreover, the flow of water into the Bay of Bengal may be affected, and this could have an impact on the monsoon.

The Farakka experience suggests that a barrage on the Ganga would result in serious bank erosion, necessitating an annual maintenance budget that could quickly exceed the original project cost. Moreover, a series of barrages would obstruct the passage of heavy floods when they occur, as they will. This is a dangerous game to play with a mighty river. Even if the gates of all the barrages are kept open, the situation would not be the same as with a free-flowing river and an unencroached on floodplain.

Besides, the sedimentation problem would necessitate continuous dredging at each of the barrages, which would be an enormously costly proposition. The disposal of the dredged material would present difficulties, too. If it is deposited too close, it could get flushed back into the river when it rains, as happened with the construction debris in Uttarakhand, aggravating the flood situation. To imagine that all the dredged material could be sold for construction purposes seems over optimistic. The experience of the Kolkata port is instructive in this regard.

Turning to pollution, not only would the river’s capacity to cope with it and purify itself be reduced, but, if navigation develops in a major way, there would also be a considerable addition to the pollution load on the river because of leaked fuel (diesel), ash (if coal is burnt), lubricants, the discharge of waste from the ships and so on.

Finally, we must not forget that there is a treaty with Bangladesh on water-sharing. India has given it certain assurances regarding the maintenance of flows. It is possible that the building of multiple barrages for navigation on the Ganga would have no impact at all on our treaty obligations. But this question needs to be deeply examined and Bangladesh must be informed and reassured. It is doubtful whether this aspect has received any attention.

Incidentally, after the money is spent and the river re-engineered, would navigation, in fact, develop as envisaged? This seems a highly debatable proposition.

This irresponsible and ill-considered project needs to be carefully reviewed by the government of India before any irrevocable steps are taken. 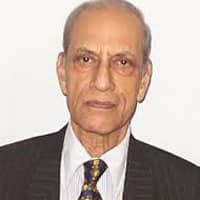