Lay of the land

We need to rethink the nature of state intervention in the land market. 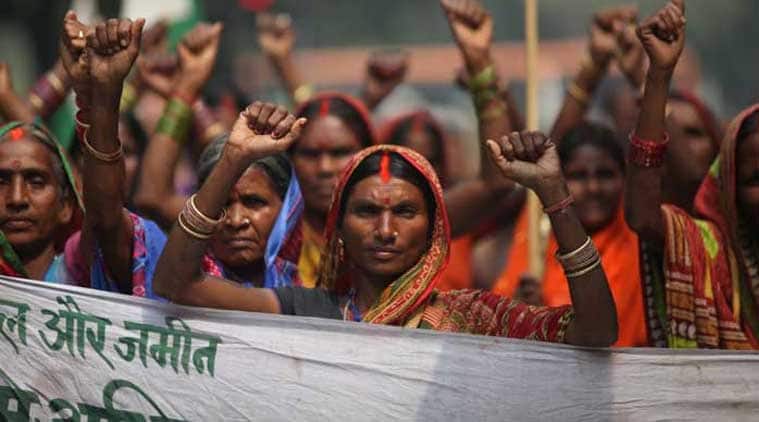 Our British colonial masters instituted a very different legal regime governing the state’s relationship to land in India as compared to what was prevalent in their own country, with lasting implications for conflicts over land throughout our post-Independence history.

The political discourse over land acquisition has proceeded in binary terms — industry versus farmer, growth versus no growth — thereby obfuscating the real issue at the heart of the land acquisition debate: the fear of arbitrary exercise of state power in reshaping property relations in Indian society. Instead of tweaking the 2015 land acquisition bill with a few amendments here and there to appease political allies and win over the Opposition, the government should use this opportunity to address the issue of land acquisition in a systematic and constructive manner. At a minimum, this requires three things.

The first is to rid the discourse of the confusion that surrounds the notion of eminent domain. The power of eminent domain allows the state to forcibly acquire land from private individuals only upon the satisfaction of three conditions. The acquisition must be pursuant to a validly enacted law, for a public purpose and upon payment of just compensation. Therefore, acquisition of land by the state for private industry must only be done upon the showing of a demonstrable public purpose in each case. While drafting the Land Acquisition, Rehabilitation and Resettlement (LARR) Act, 2013, the UPA government had argued in favour of state intervention for land acquisition on behalf of private industry on the ground that in the particular circumstances of India, where land records are unclear and there is unequal bargaining power between land losers and gainers, state intervention is necessary to ensure ease of land acquisition for private industry and to safeguard the rights of land losers to just compensation and rehabilitation. However, given that one quarter of all of India’s districts have ongoing political and legal conflicts over land acquisition, it is clear that neither purpose is being effectively served by state intervention. Therefore, we need to rethink what kind of state intervention is necessary to achieve these purposes.

The second is a recognition that the way land acquisition is done in India is peculiar to our colonial history. It may have some similarities with the way land is acquired in other British colonies that inherited colonial laws, but is certainly not the way land was or is acquired in colonising countries like the UK, France and Germany. Our British colonial masters instituted a very different legal regime governing the state’s relationship to land in India as compared to what was prevalent in their own country, with lasting implications for conflicts over land throughout our post-Independence history. For instance, in the UK, there is no standing law that allows government to acquire land for private industry. Every acquisition of land for private industry must only be following the enactment of a particular law for that purpose.

If the US is a “constitutional” state and the UK a “legislative” state, India is a “constitutional administrative” state, where the Constitution gives individuals certain rights but the postcolonial Indian state continues to retain vast powers to reshape individual rights without the need for legislative action. Moreover, following the abolition of the fundamental right to property by the 44th Constitutional Amendment in 1978, the balance tilted considerably in favour of the administrative state, as judicial review of land acquisition under the 1894 act became extremely lenient. Therefore, not only do we need more effective balancing of individual rights and state power at the level of legislation through the enactment of a “good” land acquisition law but also at the constitutional level through effective judicial scrutiny of acquisitions under Article 300A of the Constitution. Some of this scrutiny has already begun. The Supreme Court and various high courts have finally decided 78 cases and passed interim orders in 60 additional cases in the year and a half since the LARR Act came into force. In many of these cases, courts have quashed arbitrary state action in land acquisition proceedings.

The third is to acknowledge that currently, the land acquisition law is a “bad” law because it is an unstable law. Numerous amendments to the law within a short space of time have created political and legal uncertainty, which perhaps more than anything else negatively impacts economic growth. The government must understand that simply easing the process of acquisition of land for industry does not mean industrial growth will necessarily take place. Singur, the Niyamgiri hills and the Posco sites are testimony to stalled industrial projects that impede investor confidence.

In order to draft a stable law, we need to first systematically collect data on several issues, including: What is the nature of land conflicts in India’s 165 districts, and how do these conflicts vary from state to state? What is the capacity of various states to conduct social impact assessments, and how can we strengthen such capacity? Are there ways of systematising our land records in ways that make direct purchase of land by industry easier and state intervention unnecessary? In the case of acquisitions for exempted purposes under the 2015 bill, in the absence of a thorough social impact assessment, how will the state identify livelihood losers who must be compensated along with landowners? Will a blanket prohibition on the acquisition of multi-cropped irrigated land help or hurt the interests of poor farmers in certain states? What are the real costs of land acquisition for industry, including the costs of compensation and rehabilitation of land losers, as well as transaction and opportunity costs, and how do these vary across industrial sector and region?

Instead of devoting its energies to manoeuvring the amended land acquisition bill through Parliament, the government should agree to the constitution of a parliamentary standing committee that can systematically collect and metabolise data on these issues. Failure to do so will mean that we will be back debating amendments to the new law soon and continue the climate of economic, political and legal instability on this issue.

The writer is fellow, Centre for Policy Research, Delhi, where she heads the Land Rights Initiative.