Why crime data on legislators and electoral candidates must be carefully unpacked. 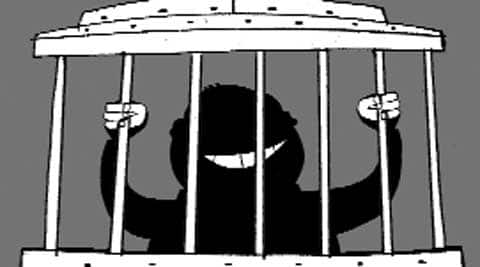 A generic profile of the criminal politician has been created in public discourse, while fairness would require we kept in mind the complexity and diversity of profiles of candidates and MPs. This is not to say the presence of these 36 MPs does not pose a problem, but that the clubbing together of various crimes and their aggregation into a ‘one-third’ generic headline figure is problematic.

Nearly three years after the beginning of the first Anna Hazare-led “India Against Corruption” campaign and after the initial successes of the Aam Aadmi Party, one might have thought that parties would have got the message when it came to selecting their candidates.  Corruption and scams were an important factor behind the Congress’s fall, but has the Lok Sabha got cleaner in the process?

The only source we have at our disposal to assess the criminal profile of politicians is the candidates’ affidavits, published by the Election Commission of India and made actually readable and usable by the Association for Democratic Reforms (ADR). This data is considered reliable because it can be verified against judicial records, unlike the data on the candidates’ assets, which are self-declared and liable to blatant under-evaluation.

However, we would like to argue that these numbers misrepresent the issue. Efforts to make public life more transparent, and therefore more accountable, are commendable and necessary. But the method that consists of aggregating crime data and producing a single headline figure, aimed at buil­ding the perception of the ­political class as being highly criminalised, is misleading on several counts. The simple aggregation of criminal charges blurs the variation in the nature of crimes and creates a generic indistinctive criminal profile.

Second, it ignores the circumstances of the charges, which in some cases can be unfounded, politically motivated, or do not pertain to acts committed with criminal intent. If one considers the murder charges among the 8,163 candidates, there are 173 cases of attempts to murder. Sixty-two candidates were charged with actual murder (56 on account of murder, four on dacoity with murder, one on culpable homicide, and one on dowry death). Among the winners, 17 MPs are charged with attempted murder, nine for murder and two for dacoity with murder.

If we look at rape charges, six candidates were charged for rape, two of whom belonged to mainstream parties. None of them was elected. Of the 24 candidates char­ged with sexual assault, one won, as an independent. So if we consider only the most serious violent crimes — murder, attempt to murder, crimes causing communal disharmony, dacoity, kidnapping and crimes against women, the numbers boil down to a level considerably lower than the general perception of having more than a third of MPs as criminal. Even the aggregate of these cases is misleading due to overlapping charges. There are 36 MPs concerned with such type of serious charges, 15 of them combining two or more such serious cases. That’s 6.6 per cent of sitting MPs.

The argument may appear sophisticated, but there is no denying that a generic profile of the criminal politician has been created in the public discourse, while fairness would require that we kept in mind the complexity and diversity of the profiles of candidates and MPs. This is not to say that the presence of these 36 MPs does not pose a ­problem, but that the clubbing ­together of various sorts of crimes and their aggregation into a “one-third” generic headline figure is problematic.

Second, and more importantly, the data does not provide any qualitative information on the origins and circumstances of the criminal charges. Consider, for instance, a candidate from the Mumbai North East constituency with nine criminal charges against her, five of which are considered serious. The detail includes armed with deadly wea­pon, causing hurt by dangerous weapons or means, house-trespass after preparation for hurt, assault or wrongful restraint, criminal intimidation, and assault or criminal force to deter a public servant from discharge of their duty.

Consider, also, two AAP candi­dates from Tamil Nadu, topping the count of criminal charges with, ­respectively, 380 and 382 charges,
a third of which are serious. The charges include waging, or attempting to wage war, or abetting waging of war, against the government of India, sedition, waging war against any Asiatic power in alliance with the government of India, attempt to murder, kidnapping, robbery
and dacoity.

A mechanical counting of these charges would immediately label these candidates as hardened criminals, the kind democracies should be spared from. A closer glance at the candidates in question reveals, however, that the Mumbai North East “criminal candidate” in question is Medha Patkar, the human rights activist, and the other two, M. Pushparayan and Udayakumar S.P., two figureheads of the anti-­nuclear campaign in Tamil Nadu. In all three cases, most of these charges — if not all — were pressed as a result of their involvement in democratic protest movements.

Arguably, any candidate or ­aspiring politician who takes part or has taken part in some form of democratic protest incurs the risk of being not just charged but also clubbed in the same ­category as individuals who have “earned” their charges through actual criminal activities. Similarly, pressing charges against political opponents can be part of the toolkit of electoral politics.

The risk here is that a crusade against criminals in politics aiming at denying entry to candidates with criminal charges would not only ­infringe on a defendant’s right to presumption of innocence but also debar individuals who chose to take personal risks to democra­tically defend a cause from con­testing elections.

If we look at winners’ vote shares, there is no significant variation of average vote share between candidates with charges, with only ­serious charges, and without charges. Thus, the electoral gains of being a criminal candidate are not as straightforward or obvious as ­sometimes assumed.

This is not to discredit or discourage the EC and citizens’ efforts at highlighting criminal charges or convictions of candidates and representatives and seeking cleaner ­politics but to call for caution in the way the data is handled. It is necessary to supplement the counting of cases with qualitative inputs.

One could, for example, study this issue by randomly selecting a number of candidates or MPs with police records and looking at the origins of the cases they are charged with, their contexts, their histories, the identities of the complainants, and so on. This work should be done also on previous Lok Sabhas, so as to prevent skewing the timeline of the evolving crime profiles of MPs. The ADR data is richer than what is made of it currently and the debate on crime among politicians would gain immensely from a more qualitative approach to the issue. 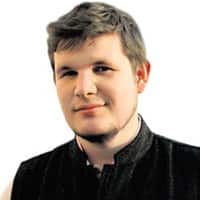 Gilles VerniersVerniers is a PhD candidate at Sciences Po and faculty at the Young In... read more