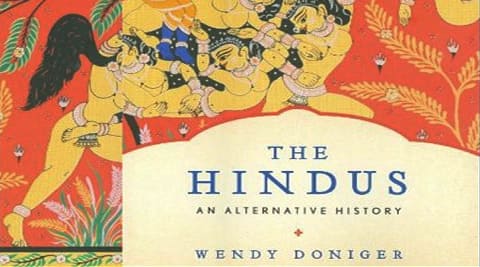 Penguin, after fighting the legal case against Doniger for four years, suddenly folded, saying that it would be difficult to continue defending Doniger.

These are grim times for scholars who study India. For years, in both India and the US, the RSS and its allies have bullied and attacked scholars of ancient history and religion who do not portray the past and the gods according to their narrow orthodoxy. What is different now is that the politics of fear is in the ascendant. People previously committed to open scholarship and public debate are running for the hills. And now, with the withdrawal and pulping of Wendy Doniger’s The Hindus: An Alternative History, the bullies have scored a major victory. Penguin, after fighting the legal case against Doniger for four years, suddenly folded, saying that it would be difficult to continue defending Doniger without “deliberately placing themselves outside the law” — the law in question being Section 295A of the Indian Penal Code, which forbids “deliberate and malicious acts intended to outrage religious feelings of any class of citizens”.

Penguin’s claim is ridiculous. The lawsuit is extremely weak. It is poorly written and argued, contains absurd errors (even the purported quotes from the book are inaccurate), and its attempt to satisfy the law’s demand for malicious intent is childish —  accusing Doniger, a secular Jew, of “Christian missionary zeal” and suggesting that her historically accurate references to sexual elements in the tradition were motivated by her being “a woman hungry of sex”. Ironically, the parts of the book that, according to the lawsuit, show Hinduism in a bad light are simply parts that are true and there: the Hindu tradition is replete with non-judgemental allusions to a variety of sexual desires and activities, including those of the gods, whether the new Hindu fundamentalists like this or not. So how could anyone be convicted of defaming a religion simply because she points to texts that some people would rather forget? As Doniger said recently in The New York Times, the shoe is on the other foot: it is they who say parts of their own religion are bad, whereas she admires Hinduism’s treatment of sexuality as natural and beautiful.

Indeed, even a cursory study of Doniger’s career would reveal a passionate love of Hinduism, combined with scholarship of the highest order. Doniger, a woman of boundless energy, humour and joie de vivre, can be found teaching approximately double the required load, so eager is she to make sure that the major texts are taught in their original languages. She describes her career as motivated by a dissatisfaction with the narrowness and rigour of other religions, and a fascination with Hinduism’s more variegated and tolerant portrayal of human beings and the conflicts they face — “the difficulty of being good”, as Gurcharan Das put it in his book of that name, written after spending two years at the University of Chicago studying Sanskrit with Doniger.

The case, then, was eminently winnable, and Penguin’s attempt to hide behind the law is a transparent excuse for cowardly capitulation. The real story is told in Penguin’s statement that they “have a moral responsibility to protect our employees against threats and harassment where we can”. Fear of violence has won; the conglomerate caves before a vague (or perhaps not-so-vague) threat. Such things have, deplorably, happened before. This time, however, there is the prospect (on which the lawsuit’s primary plaintiff, Dina Nath Batra, waxes ecstatic in an interview to The New York Times) that the RSS will soon have the power to suppress all the books it doesn’t like.

What, then, of law? Is Section 295A utterly irrelevant to the current dire situation of free speech and scholarship in India? Certainly, law does not explain Penguin’s failure to fight a winnable case. But law, I would argue, is not nothing either: it does collaborate with the political situation, opening a door through which bullies may walk with their heads held high.

Group defamation is a trendy topic in the law. Particularly in Europe, where incivility to minorities is distressingly common and well-meaning people want to protect their dignity, it has become fashionable to defend such laws or urge their adoption where (as in the US) they are not yet present. A particularly influential argument for group defamation laws was recently made by the eminent British legal scholar Jeremy Waldron, in The Harm in Hate Speech. Waldron’s concerns are admirable: equal respect and full inclusion. How, he asks, can Muslim immigrants ever feel themselves fully equal citizens when a sign can be put up on a New Jersey street saying, “Muslims and 9/11! Don’t serve them, don’t speak to them and don’t let them in.” (The example is apparently fictional.) Waldron argues that the usual ways of dealing with such insults (non-discrimination laws, social norms) are insufficient: the law must intervene, ensuring that minorities have confidence that their dignity will not be assailed by public utterances.

Waldron focuses on dignity, not offence; he thinks mere hurt feelings are insufficient grounds for legal regulation. But he gives little guidance on how the distinction would be made, nor does he convince us that judges in a polarised nation would be good line-drawers. All such laws are vague in a way that allows the offended party ample scope to represent a statement, a placard or a book as an assault on its dignity. If a requirement of malicious intent is added, that too is vague, and such laws often give no guidance as to how to establish it. The vagueness of the Indian statute gives a virtual invitation to bullies to use it to suppress whatever they don’t like.

This brings us to a second problem. Although Waldron’s admirable concern is with the social inclusion of minorities, group defamation laws throughout history have been overwhelmingly used by powerful groups to suppress dissident or heterodox voices: “a terrible track record”, says legal scholar Michael McConnell, reviewing Waldron’s book. What else would one expect, when the powerful passed the laws in the first place and typically control the judiciary that will interpret it?
A third problem is that when the topic is either sex or religion, almost anything anyone says will offend someone. Pluralistic societies contain puritans who feel sexual references demean their dignity and others who think that the suppression of sex removes a vital part of their dignity; they contain religions, and strands within religions, which harbour mutual suspicion and animosity. Group libel laws, according to Waldron, make society safe for all groups. What they really do is prevent all serious public debate or research on these touchy topics, since someone somewhere is sure to feel insulted.

The suppression of Doniger’s book was not caused by Section 295A. It was caused by bullying, power politics and cowardice. But law has given public sanctity to bad behaviour, allowing Penguin to portray itself as law-abiding rather than egregious, and allowing the plaintiffs to represent themselves as wounded citizens seeking justice, rather than the ominous thugs they are. In the US, without such laws, scholars of Hinduism have been threatened with violence. But the thugs who threaten them put themselves outside the law and are investigated by legal authorities: scholar Paul Courtright’s house was staked out by the FBI after Hindu rightwing threats apropos of his book on Ganesha. Policemen pay attention to law, and so do law professors. At the time, the head of the HSS (the RSS’s American wing) was a law professor. So far was Ved Nanda from hauling Courtright into court that he issued a public apology to him for the harassment, in my hearing, at a conference sponsored by Doniger and me at the University of Chicago (about democracy and the Hindu right, shortly to appear as an edited book, whether anyone in India will be able to read it or not). After all, Nanda, as a law professor, had to be manifestly on the side of law. Tough laws protecting free speech create social norms which make it impossible for a respectable law professor to defend such intimidation tactics. Later, when threats were directed toward employees of the Harvard University Press before the publication of my own 2007 book, The Clash Within: Democracy, Religious Violence and India’s Future, I called Nanda and asked him to stop the people who were doing this — and the pressure stopped. After all, the bullies were on the wrong side of the law. To my knowledge, no work of scholarship on Hinduism has been suppressed in the US, though many have been amply insulted.

Law, in short, is not everything, but it is not nothing either. Group defamation laws issue an invitation to thugs to suppress speech that they don’t like, while representing themselves as the righteous ones. Unfortunately, in today’s political climate in India, there are all too many people ready to take up this ugly invitation.

The writer, Ernst Freund Distinguished Service Professor of Law and Ethics at the University of Chicago, is the author, among others, of ‘Political Emotions’