India must prepare for a changing security threat and challenge 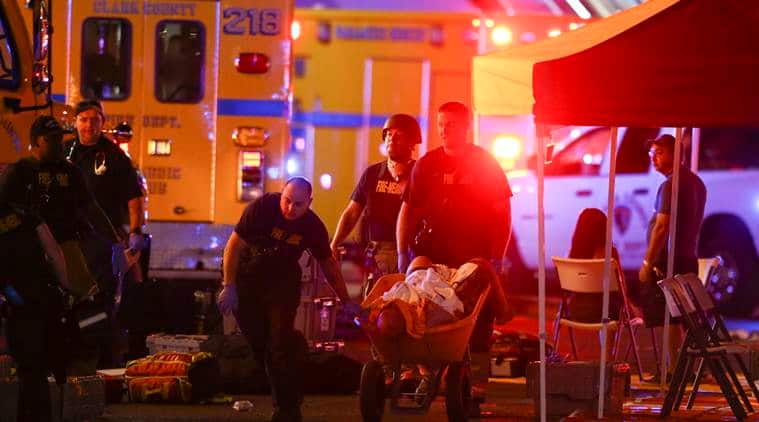 A wounded person is walked in on a wheelbarrow as Las Vegas police respond during an active shooter situation on the Las Vegas Stirp. (Source: AP)

The sniper attack by a “lone wolf”, which took a heavy toll of innocent lives at a Sunday night country music concert in Las Vegas, has been described as the deadliest shoot-out in modern US history. This happened in the richest and most powerful democracy in the world on the heels of similar attacks carried out by small groups of terrorists in London. The change in the pattern of global urban terrorist attacks is clearly discernible. Instead of large groups of trained and armed terrorists attacking targets selected by their masters, we see lone wolf attackers targeting large gatherings.

As a former internal security professional, I am struck by the contrast in the reactions to such attacks by the political leadership, public, police and media in the US and those in our own country. The US president, after expressing grief, profusely thanked the Las Vegas Police for their “miraculous response” to the attack, and extolled their “exemplary professionalism”. Police agencies, local and federal, were on the same page. The electronic media was not overreacting or speculating. The people on the streets of the city that never sleeps were quiet, not indulging in rumour mongering or spreading panic. There was no politicking, blame games or mudslinging.

A comparison of these reactions to those witnessed after the last major terrorist attack in India — Mumbai, 26/11 — is not out of place. Mumbai Police, one of the finest metropolitan police forces in the country, was taken by surprise and was ill-prepared to respond to such an attack. It reached out to the Indian Navy which had helicopter-borne commandos, who did fly around but did not engage the attackers. The NSG (Black Cat) Commandos who flew out from Delhi reached Mumbai in about eight long hours, and could locate the attackers and neutralise them but not before 166 innocent persons including four Mumbai Police bravehearts were killed. About the role of certain sections of the electronic media, the less said the better. The blame game over intelligence and police failure went on and on. A committee was constituted to go into the lapses and some progress has been made in training and equipping the Maharashtra and Mumbai Police with their own commandos.

Fortunately, there has not been any major terrorist attack since 26/11, but terrorist attacks have been on the increase in J&K where the police with the help of the Central police forces and the army has been able to respond swiftly and effectively.

Indian police officers and men are second to none in bravery and courage but they need to be trained and equipped. But is our political and bureaucratic leadership willing to pay attention to this need? Similarly, raising the strength of our police thanas and posts in cities, the first responders to any terrorist threat to our citizens, needs to be stepped up on a war footing. The thana beat staff is the nerve centre of law enforcement, while also gathering intelligence to inform the higher-ups about tell-tale signs of brewing trouble or terrorist attacks. But unfortunately, the limited resources of the Central and state home ministries are being mindlessly spent in rapidly expanding the para military forces and hordes of policemen and officers continue to be deployed on so-called VIP security duties.Finally, our response of flooding places requiring law and order arrangements with untrained and ill-equipped policemen must be replaced by meticulously planned operations on the ground.

Finally, our response of flooding places requiring law and order arrangements with untrained and ill-equipped policemen must be replaced by meticulously planned operations on the ground.

Here are a few suggestions for consideration from an ex professional: One, the approach has to be dynamic. The importance and urgency of security concerns must be appreciated and addressed. Urgency must dictate the implementation of steps needed for security measures.

Two, audit of the work done has to be an ongoing process and obstacles must be addressed with urgency without waiting for a repeat of a disaster. Mock/simulated exercises to check the efficacy of the measures should factor in new threats and tactics which the enemy may possibly adopt/think of.Finally, communication to the nation about the need to understand security threats has to be carried out. A nation which understands the importance of the issue is well prepared. An alert citizenry is a powerful countermeasure, perhaps the most effective preventive weapon.

Unfortunately, there is a tendency to leave everything to the government and police, a legacy of the long years of British rule. The citizens too must learn to become the eyes and ears of law enforcement agencies.
The writer is former secretary, Internal Security, MHA, GOI 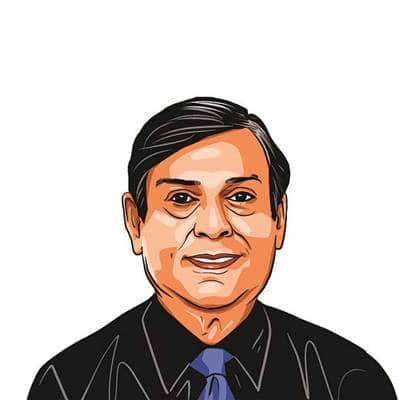