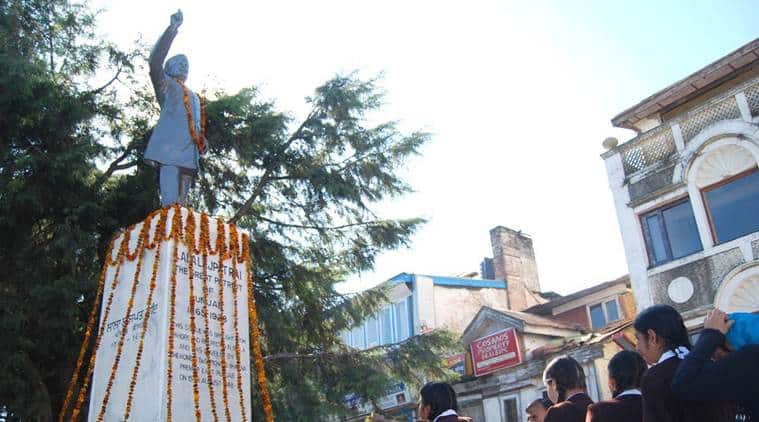 Lala Lajpat Rai dismissed the idea that nations of the world comprised of single pure races to proudly proclaim that the Hindus, Muslims and Christians of India were a “racial mix-up”. (Express photo by Lalit Kumar)

In recent years, champions of Hindutva have claimed Lala Lajpat Rai as their own. Indisputably, Lajpat Rai was an advocate of an assertive Hindu politics, exemplified by his participation in the Punjab Hindu Sabha in 1909 and Hindu Mahasabha in the mid-1920s. Even then, his vision of Hindu politics was very different from the exclusivist Hindu nationalism that demanded that either India’s religious minorities be forcefully assimilated into Hindu culture or be excluded from the nation.

Here I focus on Lajpat Rai’s attempt to go further and articulate an entirely different vision of nationhood. His birthday today is a good opportunity to remember this vision, articulated exactly a century ago. Having earlier conceived of Hindus and Muslims as separate “religious nationalities”, by 1915, he proclaimed that “religious nationalism” was a “false idea”, embodying a “narrow sectarianism” which could never be “truly national”. “Religion was a matter of individual faith,” he proclaimed, which “must not interfere with the common civil life of the country”. Instead, every person must transcend their religious community to realise their larger common interest as Indians. Lajpat Rai had fulsome praise for the 1915 speech of the Muslim League president, Mazharul Haq, who declared that “when a question concerning the welfare of India and of justice to India arises, I am not only Indian first, but an Indian next, and an Indian to the last”.

What made the diverse people inhabiting India one common nation? Lajpat Rai argued that India’s natural geography brilliantly marked it off from the rest of the world, endowing its people with a common nationhood. At times, he pronounced that Indians — whether Hindu, Muslim, Christian or Parsi — were a common race. He argued that Indian Muslims were descendants of the Aryan race who had merely converted to Islam — they continued to be influenced by their ancestral Aryan-Hindu culture. However problematic or mythical, his emphasis on the Aryan lineage of Indian Muslims sought to establish their indigeneity to India, challenging those who used the trope of Indian Muslims’ foreign descent to exclude them from definitions of the national community.

At other times, Lajpat Rai did not hesitate to repudiate the idea of the common Aryan race of Hindus and Muslims. He dismissed the idea that nations of the world comprised of single pure races to proudly proclaim that the Hindus, Muslims and Christians of India were a “racial mix-up”. “The Mussulman descendants of Persian, Afghan, Turkaman, Mogul and Arab invaders have a great deal of Aryan blood in their veins and the Hindu descendants of the Aryans have a great deal of Mongolian blood,” he said. But this racial heterogeneity did not disprove Indian nationhood.

He sometimes ceased speaking of a common Hindu culture to talk of a larger distinctive Indian culture that bound India’s diverse peoples, emphasising a notion that would become a standard slogan of the Nehruvian era: “Unity in Diversity”. He also argued that Indians must develop for themselves a pluralist public national culture. This was evident in his claim that since “national festivals are the milestones on the road to national life. Hindus and Muslims would do well to take part in each other’s festivals and religious ocaasions like Basant Panchami, Baisakhi, Dussehra, Diwali, Muharram and Shab-e-Barat” .

In his 1918 book, The Problem of National Education, Lajpat Rai insisted that “we modern Indians can be as well proud of a Hali, an Iqbal, a Mohani as of Tagore, Roy and Harishchandra. We are proud of Sir Syed Ahmed Khan as of Ram Mohan Roy and Dayanand”. Similarly, he insisted that “the educated Mussulman does not withhold his admiration from the religious, philosophic, and epic literature of India, just as the educated Hindu reckons the Taj and Fatehpur Sikri among the glories, not of Muslim but of Indian architecture”. For the Lajpat Rai of these years, Akbar was a role model whose memory ought to inspire Hindus and Muslims “in building the future national edifice in such a way as to combine not just the best of the two cultures, but also the best of the new one, that has since been born in the West, from which India is drawing copiously”.

Lajpat Rai’s embrace of diversity as a crucial ingredient of national culture was evident in his strong aversion to the imposition of a homogenous culture on the Indian nation. He declared: “To require India to coalesce into a nation with one religion and one tongue… would revive the medieval idea of one empire, one people, one church.” Even after Lajpat Rai turned to the Hindu Mahasabha for numerous complicated reasons, he never renounced his commitment to India’s religio-cultural diversity. Lajpat Rai shows that a politics sensitive to the interests of Hindus can be free of a “tyrannical” desire to impose religio-cultural homogeneity on the nation.

Since we seem to still be wrestling with these issues, is not Lajpat Rai’s birthday an apt occasion to contemplate his complex normative vision?

The writer has a D.Phil in history from Oxford University. Her dissertation was on Lajpat Rai’s nationalist thought 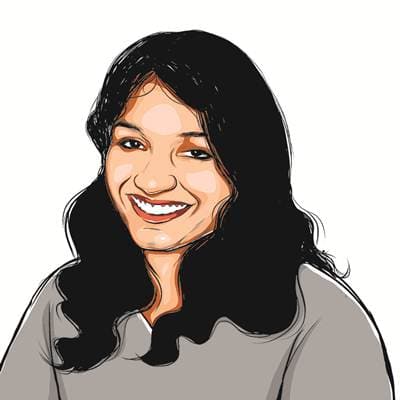 Vanya Vaidehi BhargavThe writer has a D.Phil in history from Oxford University. Her dissert... read more