How will e-readers change the way we read and write?

The future is here,though it is somewhat unevenly distributed. A few days back,Amazon unveiled Kindle Dx  roughly the size of an A4 page,it promises instant access to more than 225,000 books,plus newspapers and journals.

Last year,Virginia Heffernan of The New York Times wrote an odd tribute to the first avatar of the aggressively styleless device: the Kindle doesnt pulse with clocks,blaze with video or squall with incoming bulletins and demands… Its almost like a book. She dissed the design and the half-hearted connection to the Web,but made these sound like feats of foresight,writing approvingly that to read on a Kindle,you still have to go,mentally,more than halfway to the experience… the screen looks dusty,like newsprint. In other words,it is a digital device that downplays its digitality,reassuring conservative booklovers that its really on their side. The Onion even teased the first Kindle as just a hollow box with a clear plastic window that you insert books into.

But unassuming exterior aside,the Kindle is likely to set the publishing world on fire. Unlike the iPod  which was only the latest step in the progression of portable music  the Kindle,which compresses entire library carrels into a paperback-sized device,is an all-new phenomenon. And along with siblings like the Sony e-reader and Samsungs new Papyrus or Apples work in progress,it is the first real challenger to the codex book,that flat thing of ink and paper that has defined literacy and,some would say,civilisation itself,for centuries.

The lines are clearly drawn,in the face-off between those who supposedly value the deeps of human thought (Team Book) and the distracted,data-glutted and entertainment-addled (Team Screen). Ten years ago,Sven Birkerts,the self-appointed spokesman for the vanishing literate world,wrote a lament called The Gutenberg Elegies,where he insisted that the changes are profound and the difference is consequential. In his view,the reader with her book stands for interiority and contemplation itself  every acquiescence to the (digital) circuitry is marked by a shrinkage of the sphere of autonomous selfhood. On the other side,the dean of MITs architecture school crowed,circa 1995,that soon all this book worship would remain meaningful only to those addicted to the look and feel of tree flakes encased in dead cow. Triumphalism aside,there is no question that e-reading is inevitable.

Obviously,there is a sense of genuine loss in the sighing over the smell and feel of old pages. There is no technology as intuitive and comfortable as a book,to mark and dog-ear pages,to prop with a hand up as you eat. But ultimately,you read it for whats in it.  And even in the gleaming digital future,books arent going to be pulped. New media rarely supplant old media  but their functions divvy up differently,just like how people consume music on radio,digital streaming services and iPods,watch music videos on TV and on the Web.

The codex book is a particular,contingent,relatively recent historical development that has somehow become conflated with textuality itself,in many minds. But literature,we know,is a far older enterprise and in many ways,new digital media,with their searchability and hyperlinks,may be fuller realisations of the reading experience. Think of books like Ulysses or Tristram Shandy or even Midnights Children,full of thought-trails,references,digressions and asides  they are perfect fits in the linked,non-linear world of digital literature.

In what ways will e-reading reorient the ways we read and write? Popular science writer Steven Johnson predicts that when books are written to be Googled,they will be written with sample page-views in mind  much the way Charles Dickens twists and turns of plot were tied to his fiction being serialised in newspapers. Maybe. But will this automated system of reference and recommendation shake up the idea of literary cachet,painstakingly maintained by the institutions that teach us how to read? Will e-reading be a less solitary,immersive experience?

These are all vaporous speculations,soon to be proved one way or the other. But in places like India,an e-reading device holds out a much more solid promise  a pared-down technological tool that stores tens of thousands of books could prove hugely helpful in education delivery. Unlike the inflated claims around projects like OLPC that a laptop can set you free,this could have practical implications for schooling. The Kindle comes with strings that attach you firmly to Amazon (like Apples iPod and iTunes),but a non-proprietary variation on the theme is doable and worthwhile.

The buyer is always right,say builders 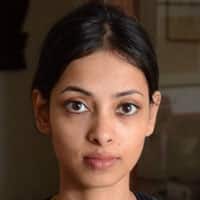