Across the aisle: Kashmir is sliding into disaster

The writing on the wall is clear. The alienation of the people of the Kashmir Valley is nearly complete. We are on the brink of losing Kashmir. 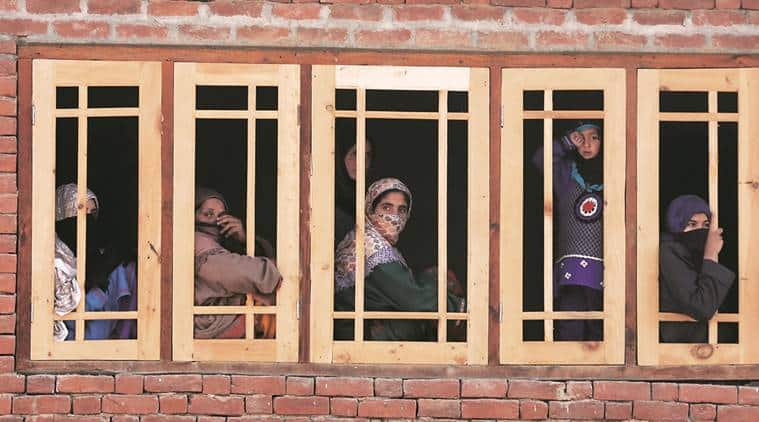 The people of the Kashmir Valley have alternated between hope and despair. J&K has seen good times and bad times, but the present time seems to be the worst of times. (Representational)

I have written many times on the situation in Jammu & Kashmir with particular reference to the situation in the Kashmir Valley. There were six columns on this page between April and September 2016. The thrust of my argument was, thanks to the policies adopted by the PDP-BJP government in J&K and the Central government, we were losing Kashmir. Few, outside the Kashmir Valley, supported me; many criticised me; and a minister of the Central government came close to calling me anti-national!

I have not changed my views. Rather, recent events have strengthened my views and I intend to articulate them more forcefully. My argument can be summarised thus:

Article 370 is a compact

Jammu & Kashmir, then ruled by a king, acceded to India in 1947 under a ‘grand bargain’. Article 370 of the Constitution of India, adopted in 1950, embodied that grand bargain. Over the years, that Article has been honoured more in the breach than in the observance. The three regions of J&K have responded in different ways. The centre of the conflict is the Kashmir Valley that is home to seven million people. The people of the Valley, especially the youth, have reacted aggressively to the denial of the autonomy that was promised when J&K acceded to India. Among the people, a very small number wants the Valley to become part of Pakistan. A number of persons have turned militants and taken to violence but, at the worst of times, that number did not exceed a few hundred. The overwhelming majority, though, demands azadi.

India, rather the Indian establishment, has reacted predictably. Every government in J&K and every government at the Centre has responded to the challenge with more warnings, more troops and more laws. I have concluded that Kashmir is one subject on which the Prime Minister’s writ does not run. I believe Mr Atal Bihari Vajpayee genuinely looked for a resolution, spoke of insaaniyat,but Operation Parakram was the legacy of his government. Dr Manmohan Singh had an acute sense of history, he accommodated new ideas like the Round Table conferences, amending the AFSPA and deploying interlocutors, but ultimately deferred to the ‘establishment’ view. Mr Narendra Modi surprised all by inviting Mr Nawaz Sharif to the swearing-in of the new government but soon enough he embraced the ‘establishment’ view.

The worst of times

The people of the Kashmir Valley have alternated between hope and despair. J&K has seen good times and bad times, but the present time seems to be the worst of times.

The slide to chaos began in July 2016 with the killing of Burhan Wani. That was only the immediate trigger, the seeds had been sown earlier. In 2014, after the election to the J&K legislative Assembly, two unlikely partners, the PDP and the BJP, formed a coalition government. That was, and remains, a grave provocation. The PDP is seen as a betrayer and the BJP is seen as the usurper. Pulled in opposite directions, the state government has remained passive and helpless while the armed forces have implemented a muscular policy to quell dissent and disturbance.

As I write this, the situation in J&K has worsened. There were two by-elections — in Srinagar and Anantnag constituencies. Srinagar constituency, spread over three districts, went to the polls on April 9. The voter turnout was 7.14 per cent, the lowest in 28 years. There was widespread stone-pelting. Eight people were killed in police firing. Re-polling in 38 booths took place on April 13, no voter turned up in 20 of those 38 booths, and the voting percentage in the re-poll was 2.02 per cent. Meanwhile, polling in Anantnag constituency was postponed to May 25. The non-vote is actually a vote of no confidence against the state government and the Central government.

The writing on the wall is clear. The alienation of the people of the Kashmir Valley is nearly complete. We are on the brink of losing Kashmir. We cannot retrieve the situation through a ‘muscular’ policy — tough talk by ministers, dire warnings from the Army Chief, deploying more troops or killing more protesters.

At the risk of being labelled anti-national, let me list the first few steps that must be taken:

1. Ask the PDP-BJP government to resign and promulgate Governor’s Rule. Mr N N Vohra has done a great job as governor, but it is time for a new governor.

2. Announce that the Central government will begin a dialogue with all the stakeholders. Talks can begin with civil society groups and student leaders. Eventually, talks must be held with the separatists.

3. Appoint interlocutors to pave the way for talks.

4. Reduce the presence of the Army and paramilitary forces and hand over the responsibility of maintaining law and order in the Kashmir Valley to the J&K police.

5. Defend the border with Pakistan by all means, take deterrent action against infiltrators on the border, but put on hold ‘counter-terrorist operations’ in the Valley.

If the current medicine of tough talk and tougher action has not worked in J&K, why is it not opportune to try an alternative cure?

Requiem for the African Dream