Media challenges investigation in one case while completely ignoring the other 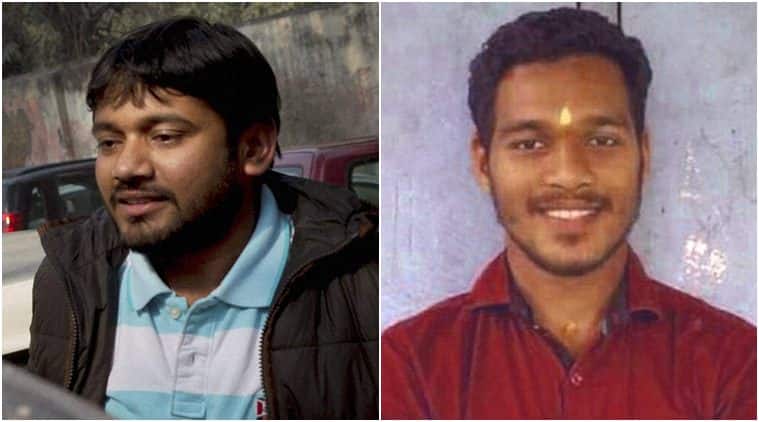 JNUSU president Kanhaiya Kumar and Kannur’s Sujith both belong to us and are our kith and kin. One, belonging to the CPI’s AISF, is under investigation under the gaze of the entire national press and has become a major issue, while the other, who belonged to the RSS, has been beaten to death before his aged parents. The media, before any investigation finds out the real motive, seems to have dismissed the Kannur case as a local matter.

We must stand with Kanhaiya’s rights and privileges and for us, who are not part of the process, there seems to be no reason to suspect his statement that he’s not an anti-national and believes in the Constitution. He needs absolutely proper protection and care, he’s not a convicted person, and he may, like the SP Pathankot, Salwinder Singh, come out happily if investigations find him innocent.

Sujith will never return. Although Kannur’s CPM has denied any involvement in his unfortunate killing, the local RSS and BJP office-bearers have blamed the local communists and police has arrested 10 CPM workers for questioning. Recently, the CPM’s district secretary, P. Jayaraman, was arrested. He is an accused in the murder of a BJP worker in 2014 and his anticipatory bail plea was rejected. Both cases are under investigation and till a conviction is confirmed, nothing decisive can be said.

But the difference is, while one investigation is being challenged and mocked — and inflamed passions have resulted in scuffles between various sections of lawyers — and in that melee, mediapersons also suffered blows, the other incident is simply reported mildly and forgotten.

None, from any quarters, can support any assault on anyone, whether they were lawyers defending Kanhaiya or mediapersons performing their duty to report the happenings. It must be condemned outright and those found guilty must be punished. In a democracy, dissent is the birthright of a citizen within the constitutional framework, and it must be defended with all might, without any prejudice. While in one case the media and the influential commentators, editors, public opinion-makers have begun using very strong words in their columns, relying on their eyes and ears, and choosing not to even mention in passing the video clips of the disloyal-to-the-nation crowd on the campus, the other incident, at Kannur, is passing through the scanner of “let the investigations be completed”.

These days, on the issues of freedom and nationalism, the words of Pandit Jawaharlal Nehru are being quoted quote frequently. But amazingly, the same commentators find it worthless to see that the same Pandit Nehru had taken strong action against the communists in 1962 for their support to China and rewarded the RSS by inviting them to participate in the 1963 Republic Day parade. Is that inconsequential, when we see history being revisited and Gandhi, Godse and the RSS are discussed with no respect to the judicial verdicts ?

That’s the stark difference between the tales of the two cities. How the mighty moguls of the media can be colour-blind and prejudiced is a sad commentary on our national affairs. Those active in journalism know which byline is coloured in favour of which party or ideology — and which one reports fairly. But should the leader-writers also be political activists and use the sanctity of their position to inform people in an opinionated way? It’s agreed that no writer, whether a journalist or a poet, can be without a political opinion. That’s quite understandable. But should a newspaper’s columns be open to only one side of the storytellers and all gates shut on the other opinion? Sitting on the high pedestal of an op-ed page and addressing the nation for fair play and justice looks pretty good and is soul-satisfying too. But it will be better if that’s done with some sincere commitment to what is said and expected of others.