Schools without a difference

Navodaya Vidyalayas exemplify a government initiative that has lost its purpose. The NV story reminds us how inimical the systemic ethos is to any genuine innovation. (Illustration by Suvajit Dey)

Boarding schools are part of India’s modern history. When the central government launched the Navodaya Vidyalayas (NVs) in the mid-1980s, they were presented as a major innovation in social policy in that they were intended to serve rural children. In many ways, they did constitute a bold, new step. Three decades on, the NV innovation has fully merged into the mainstream, coping with its familiar problems rather than exemplifying an alternative. The recent reports in this newspaper (‘Suicides in Navodaya schools’, ‘Navodayas struggle with student suicides’; IE, December 24, 25, 2018) about suicides in NVs demonstrate that they no longer exemplify the search for an alternative.

Although the NV plan was part of the National Policy on Education (1986), its idea preceded the policy. Rajiv Gandhi had mentioned it in his first address to the nation as prime minister. His desire to set up a residential school in every district was apparently inspired by his own experience as a child at Doon School. Many people expected that NVs will emulate Doon’s example of high academic standards along with space for creative exploration.

Enrolment to NV’s Grade 6 was based on an entrance test, with 80 per cent reservation for children belonging to villages located in a district. Not everyone was convinced that enrolment through a selection test was a good idea. NCERT conveyed its doubts about the reliability and validity of a selection procedure dependent on a test among 11-year olds. The government went ahead and started setting up NVs across the country. Each school was allotted sizeable land in the countryside. Generous funding and impressive infrastructure, including on-campus housing for teachers and not just children, distinguished NVs from other state-run residential schools, such as the boarding schools in tribal areas.

NVs were promoted as “pace-setting” schools, implying that they would serve as a model for other schools in the district. How could they? Their facilities and funds were way ahead and they were not governed by the state directorate. The contrast was also sharp in teachers’ emoluments. Like an oasis, each NV attracted relatively better-informed rural parents. Soon after the scheme was launched, coaching centres sprang up in every district to help children succeed in the NV enrollment test.

From the central government’s perspective, NVs offered a congenial institutional ethos where policies could be showcased. The implementation of the three-language formula in NVs included exchanging the entire Grade 9 cohort across linguistic regions for the entire session. It was a great idea and it generally worked quite well.

After a few years of inception, the NVs faced a big dilemma. Should they serve as models of child-centred education in rural areas or prepare village children for national-level contests for seats in prestigious institutions of medicine and engineering? A decade ago, the pressure to follow the latter route began to increase within the bureaucracy. Proposals to provide coaching to the senior secondary level students were mooted. NGOs like Dakshana were given permission to select children with the best potential and coach them. Grilling the selected round the year without break bore fruit, exacerbating the familiar stress of exams on children and teachers. The Dakshana website proudly claims that “more than the 1,400 of Dakshana scholars, till 2017, have cracked the JEE Advanced to secure admissions into IITs”. It is hard to explain to the users of this discourse that there may be more to life than cracking the JEE.

From the beginning, NVs had emulated the urban public school model. There was little concern to develop a new vision for rural children. Instead, the dominant ideology prevailing among administrators and teachers was that they should work for the standard routes towards upward mobility. Differentiated futures had no takers. I recall the case of a child who was passionate about playing the flute. When he was found away from his classes, playing the flute in a nearby forest, the NV administration did not know what to do with such a child. Ultimately, he had to leave. Success in examinations, that too with high marks, had dogged the NV experiment from the beginning. Like their counterpart, the Kendriya Vidyalayas, NVs dared not ignore the mainstream trends of India’s education. Principals and teachers were supposed to dedicate themselves to pushing all the children to work hard for marks.

The Indian Express investigation into suicides in NVs comes as no surprise. The one-size fits-all template of secondary education in India has exacerbated the pressures that adolescents routinely face and feel, leading many to feel lonely, depressive and suicidal. Suicides before and after higher secondary exams are reported every year across India. Coaching institutions have also joined this trend. In the NV case, nearly half of the reported 49 cases over the last five years are from marginalised groups. As usual, the administration places the blame on teachers who are themselves overburdened. The absence of trained counsellors adds to the problem. The NV administration has asked teachers to notice symptoms of depression among students. Such steps might offer some help, but they will not mitigate the larger tragedy of a scheme that forgot its mission and took the beaten track.

The NV story reminds us how inimical the systemic ethos is to any genuine innovation. Most schools justify putting children under pressure by referring to parental pressures. This argument, facetious as it is, does not account for suicides at NVs. Their original mandate had little to do with competitive success. They were expected to provide a humanistic alternative to the moribund, bureaucratised culture of common government schools. Financially secure, NVs could have posed a challenge. NVs had the potential to present a creative alternative to the mindlessly competitive atmosphere of English-medium urban public schools. As it turns out, NVs surrendered to the hegemonic culture of the latter. Regimentation of the child’s body and mind, and driving everyone towards a single goal — that of getting ahead of others — became their guiding principles. The bureaucracy that runs them had little imagination or vision to define their pace-setting role in an original, creative manner. 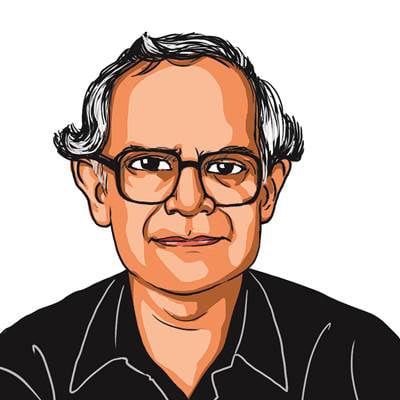