Reactions of several Muslim countries to India’s decision on Kashmir shows that political and economic interest bind nations — not ideologies. 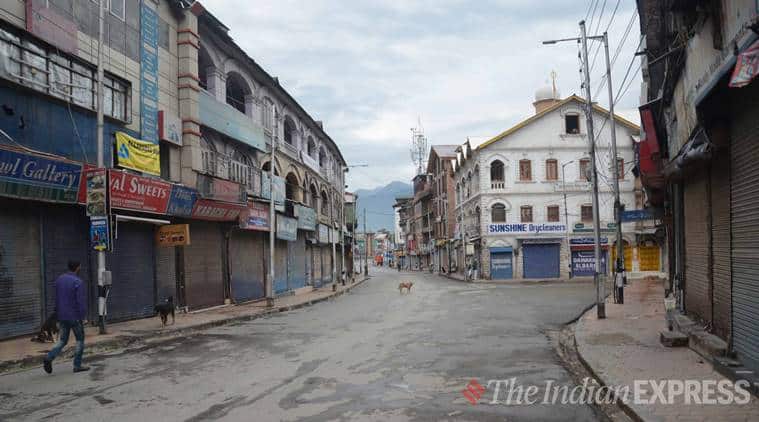 Religion is not nearly enough to bind the people of the same country let alone unite nations. (Express photo by Shuaib Masoodi)

As Pakistan struggles to mobilise the international community against India’s decision last month to change the status of Jammu and Kashmir, its chattering classes are deeply disappointed at the lack of support from the world’s Muslim nations. There has been special criticism of the United Arab Emirates and the Kingdom of Saudi Arabia, long seen as Pakistan’s staunchest supporters in the Muslim world, for not coming out to criticise India’s move.

The public debate in Pakistan did not take long to accept, if grudgingly, that the growing economic stakes in India for the UAE and KSA have trumped Pakistan’s calls for religious solidarity on the Kashmir question. Pakistani analysts also compare the differing perspectives in the Gulf about Delhi and Islamabad. The UAE and KSA see Delhi as a valuable business partner and Islamabad as a supplicant seeking financial favours whenever Pakistan faces an economic crisis.

Pakistan’s own national experience negates the proposition that the world’s Muslims constitute a coherent political community. Religion is not nearly enough to bind the people of the same country let alone unite nations.

Although set up as the homeland for South Asian Muslims in 1947, Pakistan lost its eastern wing within 25 years. In the creation of Bangladesh at the end of 1971, the strength of linguistic identity prevailed over the presumed weight of religious affinity. The current political unrest among the Baloch, Pashtun and the Mohajir communities transcends the shared Islamic identity in Pakistan. So does Pakistan’s oppression of the Muslim minorities like the Shia and the Ahmadi.

China provides an example — twice over — of the limited importance of religion in shaping partnerships between nations. It is communist China — and not the Muslim world — that has extended unstinting support for Pakistan on Kashmir in the last few weeks. The reasons for it are easy to see. China has a shared interest with Pakistan in balancing India. And Beijing is a party to the disputes in Kashmir.

Islamabad’s own willingness to put national interests above Islamic solidarity is seen in its response to Beijing’s ill-treatment of Uighur Muslims in China’s far Western province of Xinjiang. Pakistan’s prime minister Imran Khan who has been roaring like a lion on India’s oppression of Kashmir turns a mouse when he is asked about China’s repression of Muslims.

If the appeal to religious solidarity has only limited value, why does Pakistan persist with it? For a nation that broke away from India in the name of Islam, the emphasis on religious solidarity is at once a tool of legitimacy and a political mission. After Partition, Pakistan embarked on a massive campaign to promote Islamic solidarity with the Middle East. Bemused by Pakistan’s zeal for Islam, King Farouk of Egypt reportedly remarked in jest that he “did not know Islam was born on August 14, 1947”.

All nations have their founding myths and can’t let reality come in the way of formal adherence to them. India, of course, is not a stranger to this. If Pakistan abides with the myth of Islamic unity, India has its own — for example, the idea that solidarity with the “global South” against the “hegemonic West” is a fundamental principle of its foreign policy.

It was just a decade and a half ago, during 2005-08, that India came quite close to abandoning its own nuclear interests for the presumed obligation to defend Iran’s controversial atomic programme. As the US debate on the historic civil nuclear initiative got entangled with Washington’s pressures against Tehran, there was a strong demand in Delhi that India stand up for Iran in the name of non-aligned solidarity. The Manmohan Singh government managed, barely, to resist this temptation. Delhi’s decision then was vindicated by Iran’s move soon after to accept a nuclear compromise with America on rather harsh terms in 2015.

Pakistan is not alone in viewing the Gulf through the Islamic prism. India did much the same. For far too long, Delhi had over-determined the Islamic factor in assessing the foreign policies of the UAE and Saudi Arabia and branded them as “pro-Pakistan”. No Indian Prime Minister visited Saudi Arabia between 1982 and 2010 and the UAE between 1981 and 2015. When India initiated interest-based engagement with these countries, there was a rapid improvement in bilateral relations.

In the 20th century, many transcendental ideologies such as communist internationalism, pan-Asianism, pan-Arabism, pan-Islamism, and Third Worldism swept the world. But none of these could be sustained in a world that continues to be organised around the nation-state. The Comintern, Arab League, Organisation of Islamic Cooperation and the Non-Aligned Movement have all turned out to be dysfunctional. National interest tends to triumph, almost all the time, over proclaimed loyalty to a collective identity.

To be sure, nations will continue to invoke larger identities when it suits their particular interests. Chinese leader Xi Jinping has talked about “Asia for Asians”. It is a nice way of asking America to get out of Asia. But many Asian nations are afraid of a rising China and would rather have America stay as a balancing power. Recep Tayyip Erdogan sees himself as not just the leader of Turkey but the entire Muslim world. Few in the region are eager to cede that mantle to Erdogan.

Although Pakistan’s Islamic internationalism is a wasting asset, Islamabad will find it hard to stop playing the card. Someday in the future though, Pakistan might yet recognise reconciliation with India will release its energies for a larger role in the Middle East, the Muslim world and beyond.

The writer is Director, Institute of South Asian Studies, National University of Singapore and contributing editor on international affairs for The Indian Express