Jallikattu ban gave a reason to the young to express their anger. But the cause of discontent may lie in the crisis gathering in rural Tamil Nadu — of falling farm incomes, rising costs of education, lack of jobs. Apart from the demand for Jallikattu, the neglect of Tamils by the Centre, from the case of the Cauvery water dispute to the fishermens’ issue, was a dominant theme. (Illustration by C R Sasikumar)

The protests across Tamil Nadu over the ban on Jallikattu ended last Monday with synchronised police brutality. Despite the unprecedented popular support, cutting across gender and caste, that the protests drew, there were many in the state who criticised the mobilisation. To some, it was a movement by anti-Dalit casteist groups seeking to reinforce their caste pride. To others like Subramanian Swamy, the protestors were thugs with the backing of NGOs and the church. There were others who saw in it empty Tamil rhetoric devoid of substantive issues, especially since they had done little when demonetisation destroyed informal livelihoods. The range of issues that were interwoven, and the composition of protestors, however, belie every attempt to label.

Apart from the demand for Jallikattu, the neglect of Tamils by the Centre, from the case of the Cauvery water dispute to the fishermens’ issue, was a dominant theme. Another refrain was the politics of non-Tamil elites rendering visible one kind of purported violence on animals, making invisible others. A sense of neglect by the central government was palpable. That this sentiment was deemed anti-national is another story. In all probability, Jallikattu may have been the proverbial last straw that triggered the mobilisation. It is improbable that a majority of the protestors have ever participated in a Jallikattu. To comprehend the emotional chord that Jallikattu struck among Tamils across the world is, therefore, not easy. While pride over Tamil identity and perceived insults to it were an overarching cause, that still does not explain why the protests emerged at this juncture.

A partial but important explanation is the crises looming large in rural Tamil Nadu that its pathways into the urban are failing to compensate for. Close to 150 farmers are reported to have committed suicide in the state since the second half of 2016. While most deaths are reported in the Cauvery delta, suicides are much more widespread; even western Tamil Nadu, recognised for innovative farming, has not been spared.

The major chinks in the Tamil Nadu development model have been the state’s record in agro-economy and job creation. The median annual income for a farmer in the state was less than Rs 20,000 in 2012-13, despite relatively high productivity levels across several crops including paddy. Inadequate public investments in agriculture, especially in irrigation, a rise in the cost of cultivation due to high input intensity including excessive extraction of ground water, and a predominance of marginal landholdings, led to declining returns and high levels of debt.

Rising rural land prices due to speculative investments made farm land unaffordable for farmers. The failure of the recent monsoon and the absence of water in the Cauvery dented even this low-viability agriculture. Demonetisation further aggravated vulnerability with farmers unable to borrow or draw their own savings from public banks. A journalist attributes at least a dozen deaths to consequent high interest private debt. Among landless households, the quantum of employment from agriculture has been falling consistently. Payments for work done under the MGNREGA have been delayed for months. While farmers from the Cauvery delta and elsewhere made their way into the protests in Chennai, many students too identified themselves with cultivators.

Among the many placards fluttering on the Marina, a particularly striking one was that of Nammazhwar, a pioneer in organic and sustainable farming. He had quit his job as an agricultural scientist to devote his life to propagate alternate farming practices. Another poster highlighted how the water from the Thamirabarani, a river in southern Tamil Nadu, was being sold to a multinational water and soft drink bottling plant even as farmers suffer from water shortage. Slogans were also raised against multinationals selling seeds, fertilisers and pesticides. In Namakkal, a small town in the western region, soft drink bottles were dumped on the road. Some trader associations promised to stop selling of soft drinks in the state. In short, the demand for Jallikattu was also articulated in terms of a return to better agro-ecological farming methods. Such demands resonated with the state’s youth.

According to the report of the All India Survey on Higher Education 2014-15, 45.2 per cent of Tamil Nadu’s youth in the age group of 18-23 years was engaged in some form of higher education. This is not only much more than the all-India average (24.3 per cent), but was the highest by a sizeable difference among all major states. With the privatisation of higher education, the state also accounted for more than one-fifth of all educational loans availed in the country through public sector banks. Such debt-backed investments are not backed by quality jobs commensurate with the educational qualifications. Most of the jobs in the state have been created in construction and low-end services that are clearly out of sync with the expectations of the students and their investments. Since many of them are first generation students, the rural continues to be a source of security amidst an uncertain urban present and future. Retreat to the rural allows them to counter uncertainties in the job market. Though agriculture may not be the sole source of income for many cultivating households, it continues to be an important source of income security. All these anxieties appear to have coalesced around the ban on Jallikattu.

When the government agreed to pass a bill through a special ordinance to allow the conduct of Jallikattu, political leaders and popular personalities claimed a victory for the students and requested them to give up the protests. However, the protestors were not convinced.

They were wary of the statements made by the political establishment. A deep mistrust of political tokenism was evident all through the protests. More likely, the youth also did not see the government’s legislation as a victory because the protests were not just about Jallikattu.

In the course of the agitation, some speakers had asserted that Jallikattu was only the beginning and there was more to come. They listed farmer suicides, water crisis and privatisation of higher education. The protestors, I imagine, were still waiting when the police came down on them. 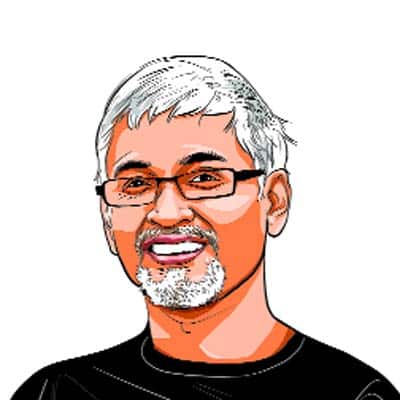