Is Lalit Modi a fugitive?

From available evidence, he isn’t. So where is the need for Raje and Swaraj to resign? 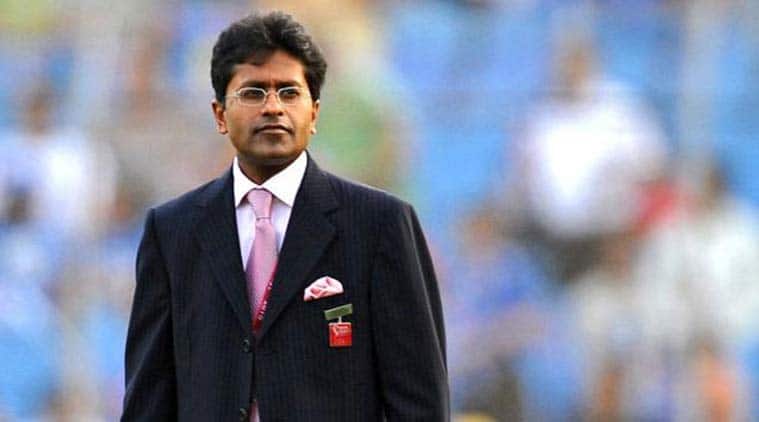 There is a serious crisis in the media. This has to do with presentation — sorry, shouting — of biased opinions.

Consider the case of Lalit Modi as fugitive, as claimed by the Congress and most sections of the mainstream media. Indulging in a bit of hyperbole, former UPA minister Jairam Ramesh opined: “This has never happened in independent India before, where a former chief minister and leader of opposition has batted for a fugitive.” Even BJP MP R.K. Singh confidently stated (and he should know, he was a former home secretary): “If anybody helps a bhagoda [fugitive], it is wrong. This is wrong legally as well as morally.”

Leading journalists have joined the politicians in coming to extravagant conclusions. However, both decency and common sense require a prior question to be asked (sorry, but can you keep the stone-throwing till after you have heard the argument?): What is the evidence that Lalit Modi is a fugitive? If he is, then no question that we should stone him and all who have supported him — if not, should we not stone the opinion-makers?

External Affairs Minister Sushma Swaraj informed the British government that the NDA government would have no objection to Lalit Modi travelling outside England; a clearance from the Indian government was deemed necessary because the UPA had denied Lalit Modi his citizenship rights of travel. Denial on what grounds? Unknown. Maybe a case of a man who knew too much. The UPA’s reason: Lalit Modi’s travelling outside England would “adversely affect bilateral relations”! Rajasthan CM Vasundhara Raje’s alleged crime was that she signed a letter, in 2011, in support of her family friend’s application for immigration to the UK.

If Lalit Modi is not a fugitive, it is expected that friends would help him out. Even that is not necessary since the state should not be denying citizenship rights to any individual without cause. So was (is) Lalit Modi a fugitive, or is this just a figment of a fertile prime-time imagination? The simple answer, from all available data, is “no”.

The legal definition of a fugitive is “an individual who, after having committed a criminal offence, leaves the jurisdiction of the court where such crime has taken place or hides within such jurisdiction to escape prosecution”. Hence the two prerequisites to being a fugitive are, one, being charged with committing a criminal offence, and, two, being unlawfully at large in order to avoid prosecution (or arrest or imprisonment).

Was Lalit Modi charged with any crime? No — but three “fugitive crimes” deserve mention. First, he may have received illegal money; in this regard, he has been sent not one but 15 show-cause notices — but no proof, or judicial decision, to date. Second, one of his companies was involved in investment, loans and overvaluation of shares in Niyant Heritage Hotels, a company owned by Raje’s son, Dushyant Singh. These transactions occurred in 2008. If this is a crime, and Lalit Modi a fugitive, then what does that make Robert Vadra? Third, there is a cheating case filed against him in Chennai by former BCCI president N. Srinivasan. That case was filed in 2010 and, to the best of our knowledge, is lying idle.

So, where’s the beef? Many innocent people have cases filed against them, but the mere action of filing does not a crime make, and certainly does not a fugitive make. Future events might “prove” that Lalit Modi did commit these or other crimes — even if that does happen, it does not mean that either Swaraj or Raje did anything wrong, because at the time of their “friendship” acts, Lalit Modi had not been charged with any crime.

So why have the politicians/media concluded that Lalit Modi is a fugitive? It appears that their hasty conclusions rest on two shaky foundations. First, the revocation of his passport on the orders of the Enforcement Directorate (ED); second, the “fact” that a blue corner notice was issued against him. Citing “public interest”, the ED asked the regional passport office to revoke Lalit Modi’s passport in March 2011. While his passport was revoked, it was later reinstated. In May 2014, a two-judge bench of the Delhi High Court concluded that the public-interest argument of the “importance of cricket” used by the UPA was invalid. Lalit Modi got his Indian passport back in August 2014.

Former UPA ministers have spoken with forked tongues. No blue corner notice was ever issued, as confirmed by Interpol. Confronted with this fact, the UPA spokespersons have changed colour — it was a light blue notice. The latter is only applicable in India, and, in any case, has to do with the collection of information. The blue notices are just a blue herring — they’re misdirections when it comes to fugitive status.

Another prime-time story making the rounds is that Lalit Modi refused to be questioned by the ED. This never happened. Lalit Modi contended that he feared for his life if he came back to India but was happy to meet the ED in England or on Skype. There is some truth to the claim that he had reason to fear for his life. The cricket world is murky with several high-profile accidental deaths.

So Lalit Modi had good reason not to come back to India as per the request. The Delhi HC judgment also demolished the legal basis of the ED’s demand for a personal appearance. “A request for an alternative mode of examination under video conferencing was certainly an option… and should not have been simply shrugged aside,” the court said. In addition, in Aditya Khanna vs Regional Passport Officer, 2008, the ED had already set a precedent of travelling to London for interviews. Given this, it is surprising, nay shocking, that the ED did not travel to London to expedite the “case” against Lalit Modi.

If Lalit Modi is a fugitive, then the champion propagator of this illusion needs to answer a question: What was the Congress doing in not bringing him to justice? The simple conclusion is that he is not a fugitive. Therefore, what Swaraj or Raje did in support of his application for immigration or travel was not ethically, morally or legally wrong. To conclude otherwise would be to support a witch hunt.

Surjit S Bhalla is contributing editor, ‘The Indian Express’, and co-author with Ankur Choudhary of Criconomics. Dave is an intern at Oxus