Iqbal wanted nothing short of an Islamic Renaissance

While in his early poetry Iqbal spoke of a united and free India where Hindus and Muslims could co-exist, this syncretism gave way to a somewhat woolly Unitarianism and Individualism. 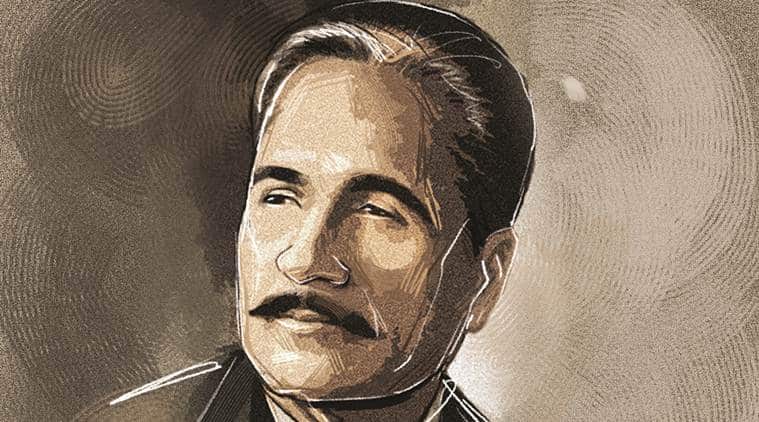 Urdu Poet Allama Iqbal. The philosophical essence of Iqbal’s writings is distilled in a series of six (somewhat dense) lectures delivered during 1928-29 at the universities in Aligarh, Hyderabad and Madras entitled ‘Reconstruction of Religious Thought in Islam’.

My earliest memories of school are of singing ‘Lab pe aati hai dua ban ke tamanna meri…’ with a bunch of other kids, all equally earnest, all with hands folded and eyes closed. These are reinforced with memories of my grandfather Professor Ale Ahmad Suroor, a poet and Urdu scholar responsible in large part for rehabilitating Iqbaliyaat in post-Independence academia, reciting vast amounts of Iqbal’s poetry. Too young to fully comprehend its philosophical import, too naive to question its often faulty political and ideological underpinnings, it was the sheer musicality of the words that held me in thrall.

When Abba recited ‘O Ghafil Afghan’, ‘Jang-e Yarmooq ka eik Waqeya’, ‘Naya Shivala’, ‘Haqiqat-e Husn’, ‘Gibril-o Iblis’ or ‘Rohila’ in his sonorous voice, he was not simply pouring honey in my ears but also laying the foundation of what would become an enduring love for the eclectism and Catholicism of Urdu poetry.

It was only years later that I began to read Iqbal (1877-1938) with the intention of understanding his poetry and locating him in the context of his time and age. Marking a radical departure from the moralists of the previous generation, Iqbal (revered as ‘Allama’ meaning ‘scholar’) was exhorting the masses to rise against the colonial masters in poems such as ‘Punjab ke Dehqaan Se’ and ‘Farman-e Khuda’. Forsaking the home-spun wisdom of previous generations of didactic Urdu poets, drawing upon the best resources of a liberal western education, making an impassioned call for a marriage between faith and modernity, he was addressing the Muslims, in particular, to negotiate the choppy waters of a new century and forge a new identity.

Iqbal graduated from the prestigious Government College, Lahore in 1899, worked as a lecturer in philosophy at the same college, went on to study philosophy at Trinity College, Cambridge and in Heidelberg and Munich in Germany and also took the Bar-at-Law from 1905-1908. He returned to teach for two years before quitting government service altogether, earned no more than a modest livelihood as a lawyer and chose to devote himself entirely to reading and writing. Given his trenchant criticism of the imperial government, he surprisingly enough accepted a Knighthood in 1922. In 1927, he was elected to the Punjab Legislative Council. The philosophical essence of his writings is distilled in a series of six (somewhat dense) lectures delivered during 1928-29 at the universities in Aligarh, Hyderabad and Madras entitled ‘Reconstruction of Religious Thought in Islam’. In 1931, he attended the Round Table Conference in London as a member of the Indian Muslim delegation led by the Aga Khan.

Questioning western enlightenment and English materialism on philosophical and religious grounds, acutely aware of the social undercurrents that conflicted the Muslim intelligentsia, no longer content with the crumbs of lowly employment in the colonial administration or even tokens of recognition and appreciation from the imperial government, Iqbal wanted nothing short of an Islamic Renaissance. In soul-stirring verses, he exhorted the Indian Muslim to hearken back to a glorious past, to listen to voices from Islam’s history and heed the call of their faith.

While in his early poetry he spoke of a united and free India where Hindus and Muslims could co-exist, this syncretism gave way to a somewhat woolly Unitarianism and Individualism. The Tarana-e-Hind written in 1904 was followed by the Tarana-e-Milli in 1910 showing the progression from Hindi hain hum watan hai Hindostan hamara (We are the people of Hind and Hindustan is our homeland) to Muslim hain hum watan hai sara jahan hamara (We are Muslims and our homeland is the whole world). Two decades later, in his Presidential Address to the Muslim League meeting of 1930 in Allahabad, he propounded the idea of a separate homeland for the Muslims but his notion of pan-Islamism remained muddled compared to, say, Jamaluddin Afghani, a man he admired for his insight into the history of Muslim thought. His idea of the supra-nationalism of Islam transcended man-made borders (what he called ‘this accursed nationalism’ in a new year’s radio address on January 1, 1938.) to embrace the ‘brotherhood of man’. Unable to reconcile the differences between East and West much less Reason and Faith, unable also to bolster his undoubtedly superlative poetry with a cogent ideology, Iqbal was at his best when he spoke out against injustice and inequality or in his lyrical descriptions of natural beauty and the Indian tradition of pluralism.

Iqbal’s romantic nationalism underwent a change in the light of influences as diverse as (Friedrich ) Nietzsche and (Henri) Bergson and (Karl) Marx, producing what Suroor has called the ‘New Testament of Urdu Poetry’. In collection after collection — from Baal-e-Jibreel (1935) to Zarb-e-Kaleem (1936) to Armaghan-e-Hijaz (1938) — he shows the limitless possibilities of human endeavour. In an India lurching towards a dangerous extremism, Iqbal’s poetry is illustrative of the pitfalls of excessive devotion to a cause, any cause.

This article first appeared in the print edition on October 27, 2019 under the title ‘In Iqbal’s words’. Jalil is a Delhi-based author, translator and literary historian.

Australia vs Sri Lanka 1st T20I Live Cricket Streaming: When and where to watch 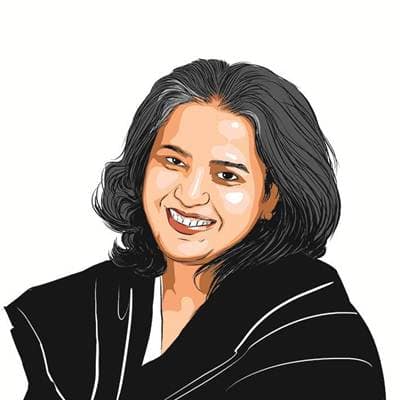