Caste biases have instilled a disdain for all forms of manual work. From there, the dots can be connected to the lack of quality and safety in public works and services. 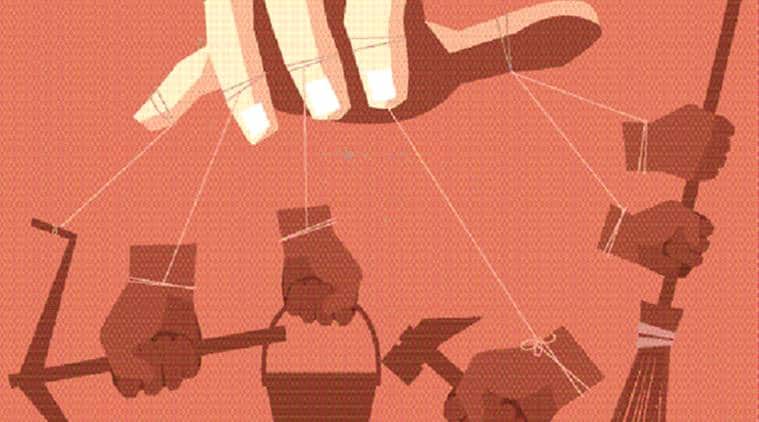 A few years ago, while visiting home in Uttarakhand, Shanti, whose family has had a long association with mine, came visiting with her mentally-challenged son. “I am getting old, the land is turning barren, so you must get my son a sarkari job with a pension,” she rasped in her unvarnished local dialect. “He will be a good chaprasi (peon) in any sarkari daftar,” she said.

But he will need some qualifications, a school leaving diploma at least, I said.

“Nah. I took him to a vocational school. But when I saw they teach only manual work I brought him back. My son is a Brahmin and will not train and use tools sitting with sons of carpenters and coppersmiths. Listen, get him in just any government office. He will get to wear a sarkari uniform and sit on a stool outside his sahib’s room. I promise you he will stand up and salute whenever the sahib comes.”

Before you chuckle, dear readers, do realise that the illiterate Shanti, as a shrewd strategising mother fighting to help her vulnerable child survive, has unwittingly diagnosed the three main reasons for Indians’ deep hankering for sarkari jobs. These involve maintaining a passive watch from a stool or a chair, keeping the boss happy and a steady pension after retirement.

For 70 years, most of India’s marital matches — and democratic governments — have been formed after factoring in the cleverly divided and sub-divided caste lines. Since caste, when well-protected, demands exclusion of manual labour from the lives of the privileged, from Bihar to Tamil Nadu, manual work of the most degrading kind is subcontracted by governments and private companies to unskilled but cheaply available invisible hands through a vast network of contractors.

As global workplaces increasingly fragment and turn hyper competitive and Donald Trump whittles down outsourcing and H1B visas, India’s skilled ones (mostly from upper castes or privileged families of a few upper class SC/STs) are increasingly opting for public sector jobs and the less-skilled are being steadily pushed out, losing the agency they once had as a large organised workforce. From among these invisible and unorganised freelancers, desperately in need of cash, come all those unprotected ones willing to stand for hours in farms, planting, weeding, spraying toxic weed killers, carry bricks and mortar up rickety bamboo steps at construction sites, dive into 18-feet deep pools of excreta to unclog drains, collect and sort hospital garbage with ungloved hands, patch up our neglected railroad tracks without any of their formal contractors and mandated supervisors on site. All of them are expected to use the cheapest and most basic tool — a pair of human hands.

We are not being anecdotal here. Recent research has thrown up plenty of data on shining India. A placement statistics study of IIT Mumbai reveals that 45 per cent of their BTech students choose to migrate to finance and consulting related jobs. Only about 22 per cent of them continued with engineering and technology-linked jobs. Data also confirms how MBAs, doctors and commerce graduates who have either failed to find lucrative jobs abroad or in the private sector will prefer a government job rather than opt for start-ups. The Railways, like the Public Works Department or the government-run educational and healthcare bodies, today have whole queues of trained graduates waiting to join.

Since government jobs have caste quotas, caste biases run deep in the system, including a Brahminical disdain for all forms of manual work or physical contact with greasy tools and machines. This guarantees a woeful neglect of acquiring necessary machines and maintaining vital safety standards for the contractual labour called in to perform their dirty jobs for daily wages. Delhi alone reported 10 deaths of sewer cleaners in the past one month. All were working on a contract and all of them died after inhaling toxic gases from manholes they were lowered into without safety equipment or masks.

Then, there are the invisible female cultivators. A study (NFHS3 and 4) reveals that over a quarter of them (in the age group of 15-49) remain alarmingly underweight and over 54 per cent of them are anaemic. The reason? Overwork, work-related health hazards and malnutrition. Then there is Gorakhpur, where 70 infants died within a week in an ill-maintained government hospital. The cow-loving chief minister, when he finally visited the city hospital, laid the blame squarely at the doors of the people who will not keep the hospital premises clean and, of course, mosquitoes. If media reports on the recent Khatauli train disaster are true, a gross human negligence caused the disaster that killed 23 and injured some 200.

Recordings of conversations among the old staff, revealing the reluctance of the “over-qualified” young supervisors and junior engineers to go out in the field and inspect the railway tracks as mandated and hired gangs working unsupervised, have gone viral on media. A Niti Aayog report traces 61.1 per cent of train accidents to staff failures.

Have you ever wondered how India’s state, tweeting through a million members, even as it struggles with vast problems in healthcare, education, railway track maintenance and sanitation, has speedily demonetised currency, added lakhs of new taxpayers and made Aadhaar linkages? 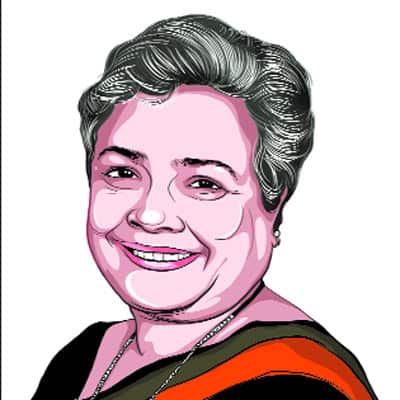