Understanding why the informal sector really shrank during the pandemic

R Nagaraj, Radhicka Kapoor write: It was not because of micro and small informal firms’ transition to formality, but because they were squeezed out by large formal enterprises In 2017-18, as per the latest official statistics, India’s informal sector accounted for approximately 52 per cent of its GDP, employing 82 per cent of the total workforce. These ratios have broadly remained unchanged over the last decade. A recent study by SBI has reported that the Indian economy witnessed accelerated formalisation under the distressed conditions of the pandemic and the lockdown last year. The study estimates that the share of the informal economy has fallen to a mere one-fifth of GDP — a figure comparable to many advanced economies.

As the informal (unorganised) sector bore much of the brunt of the economic contraction during 2020-21, a decline in its share in GDP is unsurprising. The sector had neither the financial strength nor the technical wherewithal to face the Covid shock. Additionally, policy support, mostly supply-side measures, was mainly focused on firms in the formal sector, with the informal sector left to fend for itself.

In the absence of official data, one can only speculate the extent of the decline in the share of the informal sector in GDP. Whether the decline is as sharp as the SBI report has suggested — to 20 per cent of GDP in 2020-21 from around 50 per cent over a two-year period — is anyone’s guess. A pertinent question that arises is whether the decline in the informal sector’s share in GDP represents a temporary one-time shock or a long-term (desirable) structural shift towards a more productive sector.

Before examining this issue, it is essential to understand the concept of informality. The ILO’s globally accepted framework for definitions is as follows: Informal sector enterprises are defined as private unincorporated enterprises owned by individuals (or households) that are not constituted as separate legal entities independently of their owners. And for which no complete accounts are available that would permit a financial separation of the enterprise’s production activities from its owner’s other activities. They are not registered under specific national legislation (such as Factories’ or Commercial Acts). Formal workers in India, on the other hand, are defined as those having access to at least one social security benefit such as a provident fund or healthcare benefits.

Transitioning to formality requires a reduction in dualism in production and an improvement in employment quality. Undeniably, the informal sector’s share in GDP is likely to have shrunk due to the Covid shock. However, alarmingly, the purported decline in the informal sector’s share in GDP has not been accompanied by an expected reduction in its employment share. Data from the official annual Period Labour Force Survey (PLFS) 2017-18 and 2019-20, where the latter includes the period of the Covid shock from April to June 2020, shows the following. The employment share in non-agricultural informal enterprises has increased from 68 per cent in 2017-18 to 69.5 per cent in 2019-20. These figures do not include the agricultural sector, where employment is almost entirely in the informal sector. The increasing share of the formal sector in terms of GDP but declining share in employment only widens the schism (or dualism) between the two sectors.

What is more, if the informal sector is producing as small a share of GDP as suggested by the SBI report, but employing as significant a share as suggested by PLFS data, it means that much of India’s workforce is engaged in low productivity and low-paying work. The lack of remunerative jobs for the vast majority of Indian consumers implies that eventually the lack of growth in demand will adversely impact investment and economic growth. After all, a mere 17-18 per cent of the workforce in the organised sector cannot sustain growth of the economy in the long run.

The increase in the formal sector’s share in GDP due to Covid-19 is a result of large, formal enterprises squeezing out informal enterprises. Many of them have ceased production, weighed down by Covid and lockdown effects, albeit temporarily. It is important to note here that the increase in formalisation is not a consequence of micro and small informal firms transitioning to formality. Further, as formal sector firms have rationalised their workforce, laid-off workers have found themselves seeking employment in the informal sector, resulting in a rise in the share of informal employment.

Over the last five years, the economy has officially witnessed a significant drive towards formalisation. This push has entailed significant efforts to register firms under relevant laws and obtain a tax number. However, it is crucial to recognise that firms exist in the informal sector for various reasons and not simply to evade regulations and taxation. Many own account enterprises and MSMEs cannot afford to survive in the formal sector due to their low productivity. For such enterprises, formalisation is not simply about legal considerations. Importantly, it is about increasing their productivity to enable an organic path to formality. Hence, it is essential to view the process of formalisation as a development strategy that requires stepping up investment in physical and human capital to boost productivity and the extension of social security benefits for all workers, not just a registration strategy on myriad portals.

Formalisation is indeed a desirable process both for enterprises and workers in the Indian economy. The final objective of formalisation is to improve the working and living conditions of those in the informal economy. The supposed formalisation that happened during the pandemic is mainly an outcome of shrinkage of the informal sector under extreme duress. The informal sector will come back to life as much of it represents the survival efforts of the working poor. Celebrating formalisation based on the misery and devastation of poor informal workers (and their meagre productive assets) is not just misplaced but also callous.

This column first appeared in the print edition on November 18, 2021 under the title ‘Formal sector and fine print’. Nagaraj is visiting professor at the Centre for Development Studies and Kapoor is senior visiting fellow, ICRIER 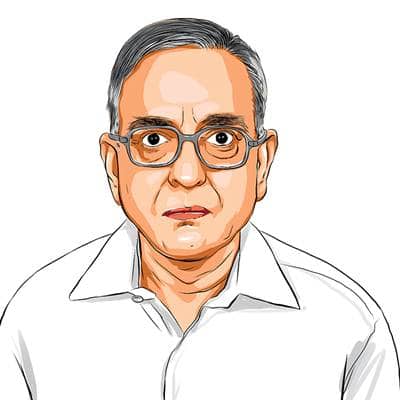 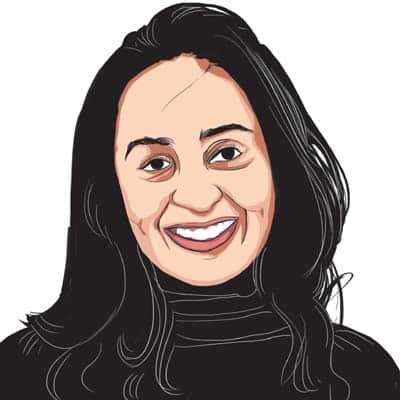