There is an increasing recognition of the importance of maritime security, maritime commons and cooperation. In the last few years, almost every joint or vision statement at the end of summit-level talks or meeting between major maritime powers accords high priority to maritime security and stability. There is an increasing recognition of the importance of maritime security, maritime commons and cooperation (Source: AP/PTI)

The prevailing and emerging international order, characterised by a new form of internationalism and hazy geopolitics, finds centrality in the Indo-Pacific region. It is the new arena for strategic rivalry, within the bounds of interdependence, and all major players have made Indo-Pacific-related policy and posture pronouncements in the recent past. The region’s share of world merchandise trade is over 75 per cent and its seaports are the busiest in the world. Its contribution to global GDP is around 60 per cent. The region is also critical to world energy flows, for both suppliers and consumers. The rise of China (and President Xi Jinping’s grand Belt and Road Initiative), the realignment of US global strategy, the new approach adopted by India, Japan, ASEAN, France and other key players and new partnerships have further underlined the salience of the region.

It is true that the Indo-Pacific has some very diverse sub-regions, where systems, environments and challenges differ widely. Yet, the region is now a coherent strategic space due to its increased interconnectedness. The geographical expanse of the region, however, is open to interpretation. While the US considers this region to be from “the West Coast of the United States to the western shores of India”, the other perception includes the area from “the East Coast of Africa to the West Coast of the United States”.

There is an increasing recognition of the importance of maritime security, maritime commons and cooperation. In the last few years, almost every joint or vision statement at the end of summit-level talks or meeting between major maritime powers accords high priority to maritime security and stability.

China has made a decisive move from a continental to maritime mindset, with its maritime orientation becoming central to its overarching ambition of seeking a new model for great power relations. The Chinese posture has underlined the need for an equal and equitable world order, and has stressed that the American approach to global and regional issues has become redundant. The US Indo-Pacific Strategy Report, released on June 1, outlines the US posture and plan to retain its influence in the region, through partnerships and preparedness. It underlines the strategic rivalry with China, identifying it as “a revisionist power, which is undermining the international system from within”. It considers the Chinese economic model for the region, of inducements and penalties, as “predatory,” with China operating in the “grey zone” between peace and hostilities. It also identifies Russia as a “revitalised malign actor”. The report consistently emphasises the “Rules-based international order” and “Free and Open Indo-Pacific”. It also stresses on the Freedom of Navigation.

India, in recent years, has moved from being a reluctant maritime power to a conscious one. It has sought to align its Indo-Pacific strategy with national maritime interests, and has developed partnerships accordingly. In its first term, the Narendra Modi government accorded high priority to maritime stability and security. It emphasised regional connectivity and growth through Security and Growth for All in the Region (SAGAR). Few key logistic and support bilateral arrangements have been finalised, and some are in the pipeline. The Blue Economy has been given fresh impetus, particularly through Project Sagarmala. Cooperation on the Blue Economy was also included in the action plan at the BIMSTEC meet in Kathmandu. Efforts have been sustained to further enhance India’s credibility as a reliable maritime power, with Indian Navy and other agencies taking new initiatives.

But more needs to be done. This is recognised by the new government, as evident from the invitations for its swearing-in ceremony on May 30. The prime minister’s maiden visit in his second term to Maldives and Sri Lanka is in part due to this recognition. In order to sustain the focus on the Indo-Pacific, the new government may look into the following.

First, pursue a proactive strategy for the region, including a decisive move to the next level of maritime orientation, and play a key role in the evolving narrative. There is a need to give shape and substance to SAGAR, with an appropriate implementation plan. Bilateral, trilateral, quadrilateral, and multilateral partnerships in the Indo-Pacific should be strengthened. India should initiate new cooperative projects, and accelerate the momentum of ongoing projects in infrastructure, manufacturing, trade and tourism, with special focus on connectivity, coastal areas and ports. While the Blue Economy and Resource Resilience initiatives can be progressed at bilateral and sub-regional levels, its potential at the regional level can be suitably leveraged to enhance stability and prosperity.

Second, India can play a leadership role in developing a common understanding on Freedom of Navigation. Almost all countries agree that there ought to be Freedom of Navigation in maritime commons. However, the interpretations of international maritime law (IML) related to Freedom of Navigation differ widely. This is particularly relevant with regard to provisions in the UN Convention on the Laws of Sea (UNCLOS), like passage, surveillance and exercises through different maritime zones, and some entitlements in the Exclusive Economic Zone. Further, domestic maritime laws in some countries are at considerable variance with IML. While it is important to stress Freedom of Navigation at key meets, it is equally important to delve deeper in order to develop a common understanding. India’s record of abiding by IML and its credibility as a maritime power, make it an ideal candidate to lead such an effort.

Third, increase operational reach, sustenance and the footprint in the Indo-Pacific. This would enable a longer presence in the areas of interest, and concurrently strengthen stability. Bilateral logistic and support arrangements, already agreed to, need to be operationalised and new arrangements finalised.

Fourth, make a tangible impact through Project Sagarmala, with a focus on port development, connectivity, port-led industrialisation, and coastal community development. Investments — planned and forecast — and the potential creation of direct and indirect jobs, should be realised in a timely and effective manner. Similar projects, in partnership with other countries, should be explored. Concurrently, capacity augmentation of the Indian merchant fleet should be undertaken.

And fifth, India should examine the setting up of a Centre for Indo-Pacific Studies, preferably at Port Blair, in Andaman and Nicobar islands. This should be a multi-discipline centre, and may be created following a public-private partnership model.

— This article first appeared in the June 18, 2019 print edition under the title ‘Claiming the Indo-Pacific’ 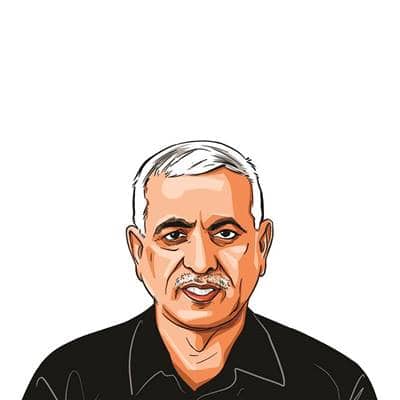